The old expression “out of sight, out of mind” that applied for many years to municipal sewer systems no longer holds true. 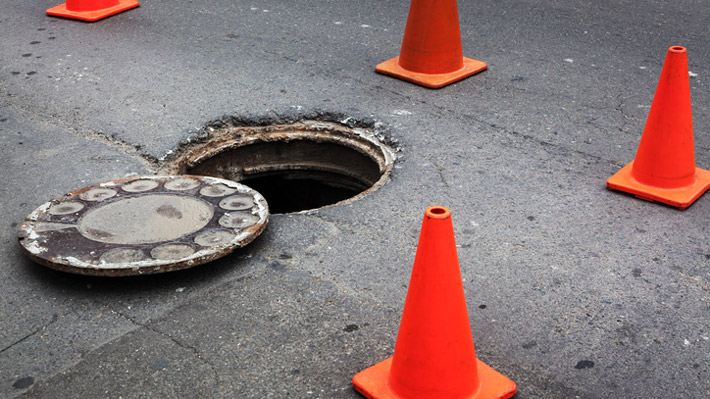 While local governments could see above-ground infrastructure issues that needed to be addressed, such as deteriorating roads and bridges, problems with crumbling sewer systems could not be seen and so were often ignored.

That’s all been changing in recent years with the increased emphasis on water quality and water treatment issues in the industrial world.

The first is that infiltration of ground water into pipes means increased water flow and a heavier workload for municipal treatment plants.

In times of heavy storms, plants cannot handle the flow and raw sewage is often discharged into waterways, adding to local water pollution.

The second issue is exfiltration, namely materials leaking out of sewer pipes into the groundwater supply, causing pollution.

The scale of the problem is massive.

In the US, for example, the Environmental Protection Agency estimates there are about 600,000 miles of sewer pipe, of which 75 percent operate at less than 50 percent of capacity because of deterioration issues.

Germany, as another example, has 500,000 kilometres (roughly 300,000 miles) of sewer pipe and an additional 1 million kilometres of lateral pipes – pipes that branch off from main sewer lines to individual housing units.

“Awareness of the problem has been growing,” says Stephan Raab, Commercial Manager within Trelleborg Industrial Solutions.

“Yet replacing deteriorating pipe can be expensive and highly disruptive to the environment and the local economy.

Trelleborg technology can be used to line pipes, essentially sealing them from the inside, and can be installed from manhole to manhole, meaning there’s no need to rip up streets, polluting the air and delaying traffic, notes Simon Burke, President within Trelleborg Industrial Solutions for the pipe seals operation.

“More and more cities are looking to trenchless technology to rehabilitate and extend the service life of existing pipelines,” he says.

Overall costs can be significantly lowered by using trenchless technology.

When the cost of replacing the road above a sewerage system is included, the cost of digging up and replacing a section of lateral sewer pipe could be US$10,000-15,000.

Lining a pipe instead, could result in cost savings of between 20 and 50 per cent.

Trelleborg has also tackled the issue of sealing lateral pipes from the street so there’s no need to go into property owners’ homes or to rip up their yards to replace pipes, Burke says.

Trelleborg’s trenchless pipe seal technology injects a liner along with an epoxy resin into a sewer pipe.

During this process the liner tube is inverted, so the resin wetted liner side (inside before inversion) is turned outside, away from the effluent, and forced against the pipe wall.

There it remains under pressure from the filled-in steam or warm water until the resin is cured.

Within 45 minutes, the resin hardens.

Trelleborg’s technology contains no styrene, which is considered a hazardous chemical.

It also does not produce any noxious odours.

And unlike total pipe replacement, Trelleborg’s technology requires no excavation, so there’s no prolonged disruption of traffic.

In the US, Trelleborg’s “Main to House, MtH” technology has been employed by Carylon Corp. for the past three or four years.

The town of Norwood, Massachusetts, decided to line laterals up to within 10 feet of houses, farther from main sewer lines than had been done elsewhere.

The result was a significant drop in the bacteria levels of the local groundwater, to the extent that Trelleborg and Carylon Corp. were invited to EPA headquarters in Washington, D.C., to provide a technical presentation on the technology now available in the marketplace to address such issues.

Trelleborg continues to work on its trenchless technology to adapt it for more markets.

Places such as Singapore and Australia, for example, have sewer pipes that are smaller in diameter than those in the United States, Burke notes.

Trelleborg has designed smaller installation equipment for such systems and is currently field-testing it.

“It is also working with materials that will allow lining pipes with multiple 90-degree bends and changes in internal diameter,” Burke adds.