The COVID-19 pandemic has had short-term positive effects on the environment, but the production, consumption and disposal of additional single-use plastics will have had a greater impact on the environment and climate, the European Environment Agency reports 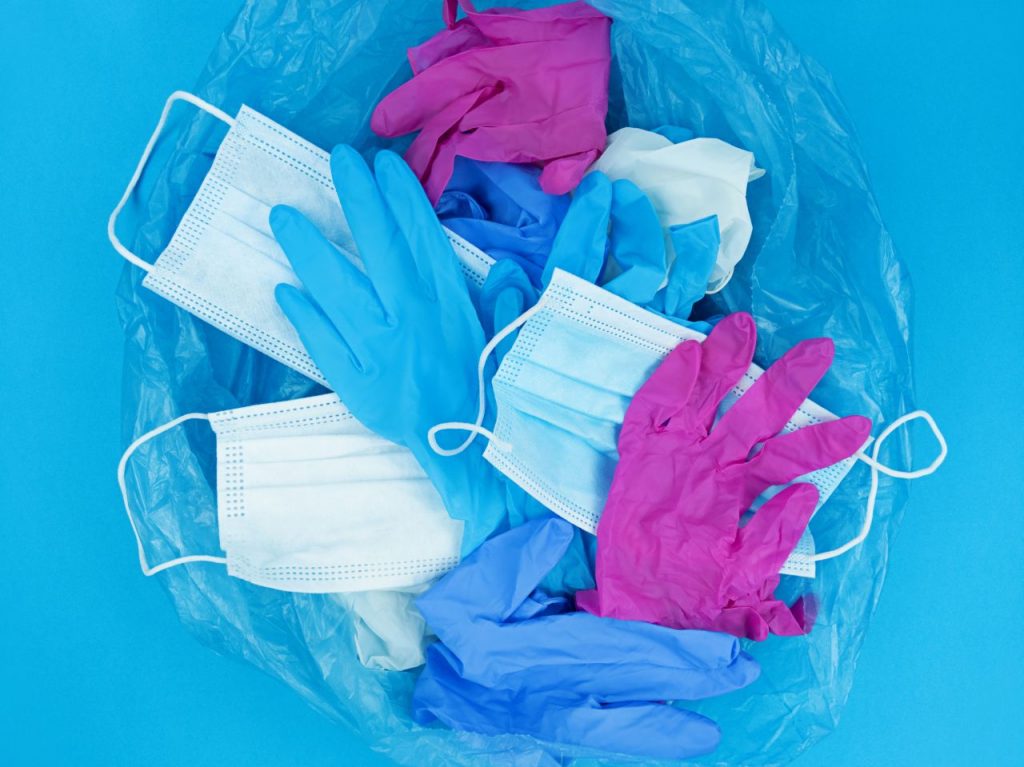 Since the pandemic, air quality has improved in many countries due in part to fewer cars on the roads. However the pandemic has also led to a sudden surge in global demand for personal protective equipment (PPE), such as masks, gloves, gowns and bottles of hand sanitiser.

In addition, many restaurants switched to offering takeaway and delivery services employing single-use plastic containers. Meanwhile the number of online retailers continues to expand, with many of their products packaged in plastic.

At a time not exactly lacking in global challenges, the plastic crisis has temporarily receded into the background. COVID-19 has made it easy to forget that there is another problem badgering the planet and its inhabitants.

Just back in August 2020, the National Oceanography Centre in the UK pointed out the extent of microplastic pollution in the oceans in the most comprehensive study on this subject to date. According to this study, there are 12 to 21 million tonnes of waste floating in the upper water layers of the oceans, with a single cubic metre of ocean water containing up to 7,000 microplastic particles.

Science, environmental advocates and industry all agree that plastic needs a circular economy to reduce the amount of plastic waste that ends up in eco-systems. The actual measures to be taken are in dispute.

In “Packaging plastics in the circular economy”, a report issued in March 2020 by the European Academies’ Science Advisory Council (EASAC), researchers from 28 European countries presented the extent of the problem and outlined approaches to resolve it. The report notes that the worldwide production of plastics has increased 20-fold since the 1960s.

In 2018, factories recorded an output of 360 million tonnes of plastics, 62 million tonnes of which were produced in Europe. Just 16% of plastic waste is collected for material recycling. The remainder is incinerated, landfilled, exported or otherwise discarded somewhere and somehow.

Along with a ban on exporting plastic wastes from the EU, the EASAC scientists advocate closed-loop systems. The use of disposable packaging should be minimised and plastic wastes should no longer be landfilled.

Recycling should have tax benefits and the price of virgin plastic should be increased. The fact that virgin materials are so cheap – partly because of the low price of oil – poses a “fundamental barrier to greater demand for recycled materials” according to the report.

“Plastic is a gigantic climate killer and CO2 driver – but the public is still insufficiently aware of that,” says Lisa Panhuber, consumer affairs expert at Greenpeace in Austria.

The production and incineration of thousands of tonnes of plastic causes some four million tonnes of CO2 emissions every year in Austria alone – which is about one-and-a-half times the CO2 foot- print of air traffic (prior to COVID-19).

Environmental organisations are calling for disposable plastic packaging to be limited by law and for multi-use systems to be massively expanded, for instance for beverages.

“We can substantially lower oil consumption and emissions caused by plastic production if we reduce packaging and switch to multi-use systems,” Panhuber notes.

What the EU is doing

In 2019, the European Union adopted its Single-Use Plastics Directive, which must be transposed into national law by the Member States by 2021.

The EU bans, among other things, products such as cotton buds, straws or balloon sticks made of plastic as well as food packaging and beverage containers made of expanded polystyrene and prescribes the separate collection of at least 90% of plastic bottles by 2029.

At an EU summit in Brussels in August 2020, the heads of state or government agreed to a plastic waste levy of €0.80 per kilogramme (€800 per tonne) for non-recycled plastic packaging waste.

From 2021, each Member State must remit the corresponding amount to Brussels, yet has the discretion to draw this amount from its budget (i.e. funded by taxpayers) or to pass the costs on to the manufacturers, retailers and consumers.