Despite council opposition, four new entities will manage New Zealand’s water assets, so what happens next? 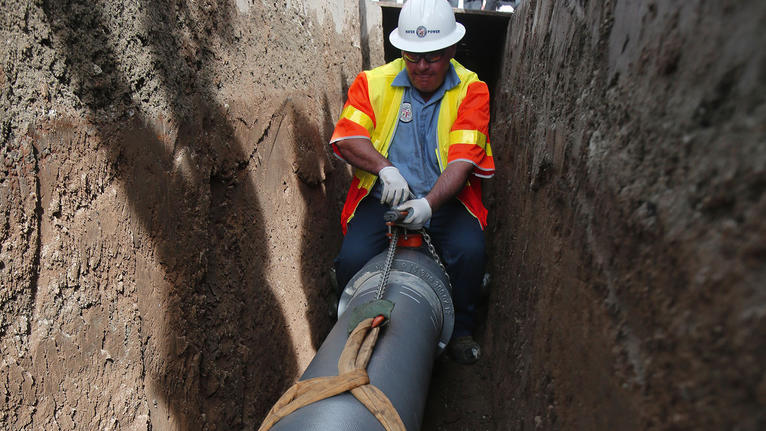 Local Government Minister Nanaia Mahuta announced that the three waters reform will be going ahead following eight weeks of consultation with local councils.

“The case for change is too compelling to ignore,” says Mahuta.

“It is clear that without the establishment of these publicly-owned entities we will continue to see a frail network and contaminated water in many communities.”

The Government estimates $185 billion is needed to fix, upgrade and maintain New Zealand’s water services over the next 30 years, to ensure that critical water infrastructure is maintained.

“Currently 43 of the 67 councils do not have the revenue to cover their water services operating expenditures at the moment, let alone once the infrastructure starts failing,” Mahuta says.

Civil Contractors New Zealand Chief Executive Peter Silcock supports the change, but says its important that these reforms do not undermine the current work on our water infrastructure.

“It is vital companies working to construct and maintain water infrastructure have certainty of work ahead and can continue expanding regional and national capability to address the ongoing infrastructure deficit right through the reform process.

“These are major reforms. But it’s important work in progress does not grind to a halt while reforms and changes come into force. We must retain the skilled workers who construct and maintain our water network. Planning, tendering and construction must continue.”

Silcock says it is important for businesses working to construct and maintain New Zealand’s three waters infrastructure that any reforms result in more efficiency, more transparency and better management rather than another layer of bureaucracy.

Despite the disruption caused by the reforms to transfer management to four new water entities, he says action was necessary given the coming water regulator Taumata Arowai and current ‘patchwork’ system of funding and financing for water infrastructure had led to underinvestment in water infrastructure maintenance and renewals over decades.

“I think we all know something has to change. Ultimately what we need from this reform is that our water infrastructure is in better shape ten years down the track than it is today.

“Regardless of whether water infrastructure is operated by councils or water entities, our Three Waters networks should be well planned, well managed and funded to fully meet the needs of our communities and the environment.”

Silcock says the pooling of resources and information required to overcome the country’s massive water infrastructure deficit would be a ‘massive undertaking’. The proposed reforms brought risk of lost knowledge and capability as well as reward, and industry engagement would be especially important as the new entities came into being.

The reform programme should now engage with businesses working to construct and maintain the country’s water networks at all levels to ensure changes were practical and there would be opportunities for companies of all sizes, he says.

Auckland Mayor Phil Goff says the reform would provide little benefit to his city and would come at the cost of losing control over water services that represent 28 per cent of its assets.

“Auckland would contribute 94 per cent of the assets acquired by the new water entity and get in return a minority voice on an oversight committee which in any case would have no effective power of governance and no ability to ensure responsiveness,” Goff says.

He says Auckland has the highest standard of drinking water and wastewater in the country and the council has invested $11 billion in water services for the coming decade.

“Projects like the $1.2 billion Central Interceptor address problems like wastewater overflows and will dramatically improve water quality of our beaches and harbours.”

Christchurch Mayor Lianne Dalziel is also against the decision, though does concede that reform is needed.

“We are not opposed to reform; we accept that there are huge infrastructure challenges and financial pressures across the country in relation to meeting new safety and environmental standards for water and wastewater.

“However, we simply do not accept the model for reform that is now being mandated is the right one.”

She adds the Government has committed to include safeguards ensuring that communities will be the ultimate guardians of public ownership with any future proposal for privatisation requiring 75 percent of votes in favour in a public referendum.

“Over 20% of water supplies didn’t achieve full compliance with drinking water standards in the 2019-20 year, and over 34,000 New Zealanders are estimated to get sick from consuming substandard drinking water annually.

Edmondson says Infrastructure New Zealand looks forward to the introduction of the Water Services Entities Bill to Parliament this December.

“The devil will be in the detail and Infrastructure New Zealand will be particularly interested in the entity design, especially the governance and accountability arrangements.”

She says the select committee process will enable New Zealanders to voice their opinion on what they think of the four entities proposal and what changes need to be made.

“The proposed reforms anticipate reducing the burden on households which is always a good outcome, with the average cost being within a range of between $800 and $1640 depending on location, as compared to being between $1900 and $9000 over the next 30 years without reform.

“New Zealand simply cannot run the risk of having events like the 2016 Havelock North water contamination event which made 5500 ill and hospitalised 45, with at least three New Zealanders likely losing their lives,” says Edmondson.

“New Zealand is not considered a global leader in water treatment and management practices. Consolidating water entities through careful planning, as mentioned above, will enable better water quality management to meet today’s needs and tomorrow’s demands to secure our nation’s water future.”