Nineteen-year-old rubbish collector Jane Devonshire died on 10 August 2015 when the truck she was working on crashed down a bank after its brakes failed. 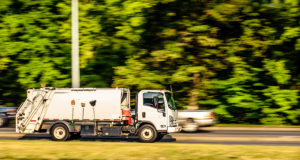 The legal consequences which have flowed from this case demonstrate the particular health and safety management risks in multiple-contractor work sites, say Garth Gallaway and Marie Wisker

The judgment was issued in October last year but the sentencing notes, providing the basis of the court’s decisions, have only now been released.

Although the event occurred before the new Health and Safety at Work Act 2015 came into force so the offences were tried under the previous legislation, this would not have altered the outcome in any practical way.

Three parties have pleaded guilty and been convicted for their role in the fatality:

A fourth party – Truck Leasing Limited, from which Veolia leased a fleet of specialised trucks, including the one involved in the crash – has also been charged but will defend the charges over a six-week trial later this year.

There were arrangements between Veolia and Truck Leasing for maintenance costs, and Veolia was responsible for ensuring that maintenance timeframes were complied with.

About two weeks before the incident, a mechanic at N P Dobbe had refitted an air hose in the braking system and adjusted the brakes.

He noted on the job card that the third axle brake, which is the one that seems to have caused the failure, needed to be relined.

The supervisor at N P Dobbe ordered replacement parts, intending to do the work in conjunction with an impending major service.

He did not communicate this information to Veolia (partly for reasons of illness, according to the court) but the driver had told Veolia that more repairs were needed.  The truck still had a current certificate of fitness but this was due to expire.

The brake linings on both sides of axle three were worn beyond the minimum lining thickness, both brake drums were unserviceable and the service brake was not operating at all.

The evidence before the court indicates a pattern of poor communication between the different players and lack of clarity about the boundaries of their overlapping obligations; with the result that things fell between the cracks.

An N P Dobbe representative said the trucks were past their service life, there was constant confusion between it and Veolia about their respective maintenance responsibilities, Veolia was failing to keep track of the maintenance schedule and often required that the vehicles were serviced in Veolia’s yard after hours, in poor light and on gravel, rather than in the workshop.

Veolia said it had no knowledge itself of when services were due and no processes in place to check the quality of maintenance.

The council said the provision and servicing of the fleet was down to Veolia under the contract and that the council did not have the expertise to delve into maintenance records.

The council did undertake regular health and safety spot checks on trucks and had monthly meetings with Veolia about H&S issues.

They were each charged with failing to take all practicable steps to ensure worker safety.

In relation to the council, it pleaded guilty to the charge on the basis that it accepted that there were other steps in addition to the processes that it had in place that it could – and should – have taken to “appropriately and sufficiently audit and monitor health and safety practices by its contractors and to be aware of maintenance plans and to audit and monitor those”.

The court acknowledged that the council, Veolia and Dobbe had all “accepted their parts in this tragedy”, made “full and frank apologies” and cost contributions to those affected, and had each made “significant changes” to their work protocols.

They were also ordered to pay reparation of $120,000 to Ms Devonshire’s family and $25,236 to the truck driver in line with the court’s assessment of their relative culpability – 15 per cent for the Council, 25 per cent for Dobbe and 35 per cent for Veolia.

The council, although the head contractor, was judged least culpable because it was “remote from day-to-day operations and could only monitor things from a relative distance”.

The council told the court that, although an expert review had concluded its systems were sufficient, it accepted it could have done more and wanted to show leadership.

The remaining 25 per cent of the total apportionment has been reserved pending the outcome of Truck Leasing’s litigation.

In the meantime, to avoid a delay of justice to the victims, the council, Veolia and Dobbe have paid the 25 per cent balance in proportion to their relativities and will be reimbursed by Truck Leasing if it is convicted and if the convicting judge considers that appropriate.

In multiple-contractor situations, there will usually be an overlap in duties.  In these circumstances, good communication channels are essential to ensure that there are no gaps in the matrix of care.

In the event of a breach, the Court will make a judgement about the relative levels of control exerted by the different participants and about the robustness of the H&S processes each has in place.

For those parties at the top of the contracting chain, this decision is a reminder about the need to take an active role in the health and safety performance of sub-contractors.

To maintain a good health and safety culture, and to reduce legal risk, it is important to actively monitor these internal procedures and the H&S provisions within each contractual relationship.