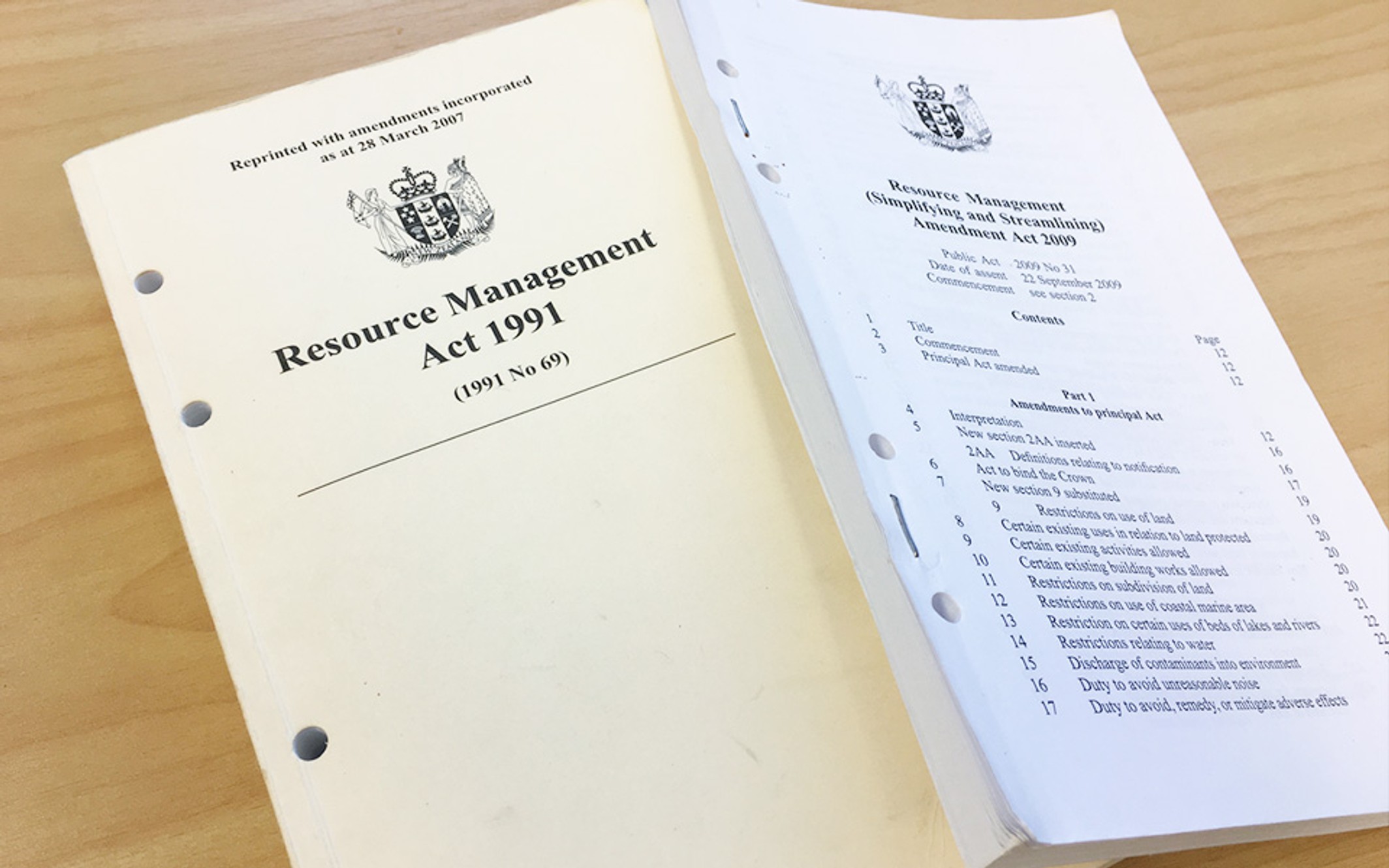 The 29 year old Resource Management Act (RMA) would be repealed and replaced with two new pieces of legislation.

The Natural and Built Environments Act would strengthen the current system by not only seeking to protect the environment, but improve it.

The Strategic Planning Act would give statutory weight to strategic spatial plans and, critically, force reconciliation and alignment across central and local government to ensure implementation.

Infrastructure New Zealand supports the Resource Management Review Panel’s recommendation, but Chief Executive Paul Blair says if changes are not also made to local government responsibilities and rewards, then it is difficult to see how plans will be implemented or who will be accountable.

“For plans to be implemented successfully, the organisations overseeing those plans must want them to succeed. The only way to do that is to ensure local councils and other institutions receive a portion of the value they create.

“What is the revenue stream available to councils which will enable them to invest in long term growth infrastructure ahead of the businesses and homes which will eventually pay rates? What reward will councils receive from investment decisions which lead to stronger economies, communities and environments?”

“If central and local government can agree the resourcing central government will commit to spatial plans and councils can agree to support those plans with local services, then we will have an accountable framework for funding and implementation.

“The problem is that signing 78 separate agreements with each local authority for 14 or so regional strategic spatial plans is not going to be efficient nor feasible.

“Responsibility for development, funding and delivery of strategic spatial plans needs to be vested in 14 or so strengthened regional authorities to leverage scale, capability and ensure accountability.

“Local democratic decision making and identity needs to be the focus of truly local councils who can effectively represent their individual communities of interest.

“The next Government should provide financial incentives for local councils to collaborate, with a view to concentrating major planning and investment decisions at a regional level where scale and capability can be leveraged and focusing local councils on local needs, democratic decision making and identity,” says Blair.

“Ultimately, we’ll see something closer to 14 integrated resource management and strategic plans instead of the 100 plus we currently have,” says Blair.

“What is really positive about this proposal is that it will move New Zealand away from the negative and short-sighted ‘effects-based’ planning approach which has dominated the last 30 years and which has seen severe deterioration in housing affordability, infrastructure and environmental performance.

“We’ll again focus on outcomes and the value created from planning and investment, not just the costs.”

“NZPI strongly supports streamlining and reduced costs for small to medium sized projects. Combined with improvements in spatial planning and better integration of infrastructure provision to align with urban growth this will lead to faster, cheaper outcomes for small projects, and more effective management of big projects.  This will be a refreshing change from current RMA practice – which seems to be slow and expensive for small things and not that effective at resolving big issues either.”

“The RMA has held back the development of our cities for far too long,” says Property Council New Zealand chief executive Leonie Freeman.

“New Zealand is simply not building enough, quickly enough, and with the quality and innovation needed to service its growing and changing population.

“We support the recommendations by the Panel to create a new separate piece of legislation called the Strategic Planning Act. However, the devil will be in the detail as to how Spatial Plans will be integrated and implemented across the country.”

Massey University Associate Professor Caroline Miller says there is a clear intention to settle development standards and potential disputes through the plan hearing process, reducing the number of consents and the potential costs and delays of that system.

“Consents would require a robust environmental impact assessment but what are called localized disputes would be settled by alternative dispute resolution processes.

She adds that a new National Māori Advisory Board will be created presumably to ensure the Te Mana o te Taiao pillar of the new legislation is achieved.

“Central government will have a much more central and directive role in planning through the use of a revamped national policy statements and national environmental standards system, and through the use of targets including the establishment of environmental limits or standards. Clearly, that aim is to create a more nationally uniform planning system which may not sit well with local communities used to planning their own direction.

“Such wholesale change will, on the experience of the introduction of the RMA, come at significant cost particularly in less well-resourced regions. It will also, in the transition years, create significant uncertainty, along with no doubt suggestions that territorial and regional government need to be reformed to reflect the new integrated and collaborative planning system,” Miller says.

A copy of the Resource Management Review Panel’s report can be found here.

Share. Twitter Facebook Google+ LinkedIn Email
Previous ArticleThe beginning of the end for fossil fuels in New Zealand
Next Article What lies ahead for property in the rest of 2020?