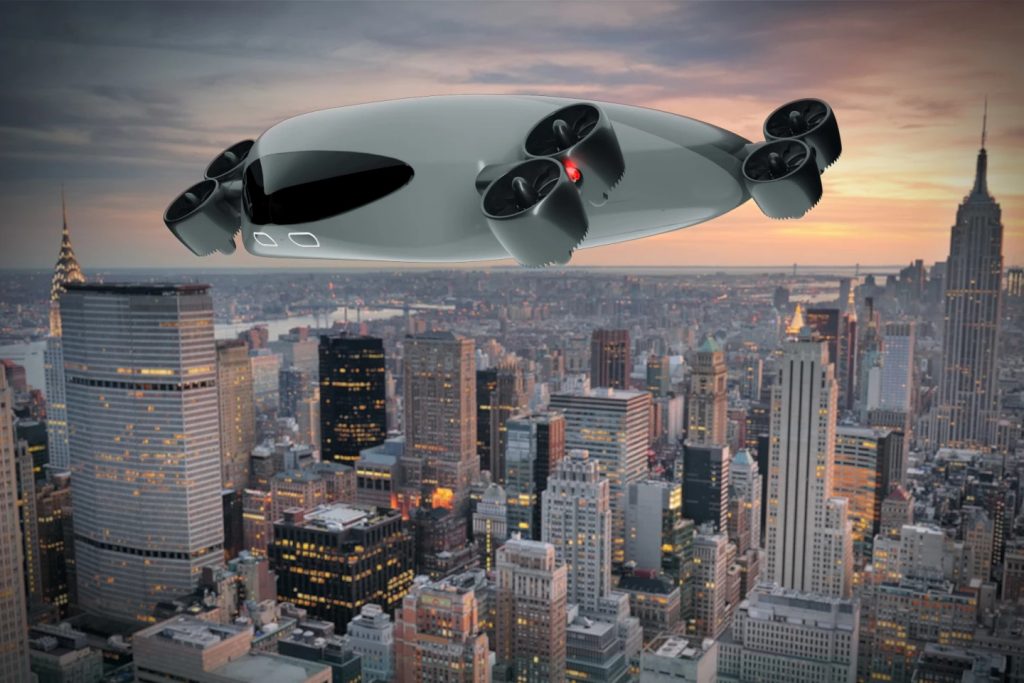 The New York-based operation is going beyond the fashionable air taxi concept of many eVTOL startups and is working on an air minibus.

With the exception of Illium’s latest concept, which can fit seven, most of the eVTOL prototypes have only had room for two to three passengers. In this nascent stage of the eVTOL era, Kelekona’s numbers are unheard of.

The company hopes to produce a large zero-emission aircraft that will be able to carry up to 40 passengers from San Francisco to Los Angeles in an hour. Kelekona’s concept would carry about 4500kg of cargo capacity.

Its currently 3D-printed airframe would rise from the ground using eight thrust-vectoring fans with various pitch propellers. These fans will operate every stage of the vehicle’s flight, including vertical takeoff, forward flight and landing.

Kelekona’s vehicle would offer to carry cargo very cheaply and “given the relatively small airspace in a busy metropolis like New York City, the ability to transport as many people at a time as possible makes the most sense,” he says.

Kelekona says that the company possesses the significant amount of battery power required to sustain such flights, comparing the battery capacity to that seen in Model S, Model 3 Tesla batteries.

The company is developing a battery pack specifically for flights that will run on 3.6 megawatt-hours of capacity. This level of energy would prove enough to power hundreds of households.

The startup company has yet to actually build one of these massive transit drones. For now, all of the plans have been constructed using computer simulation.

The only thing known about the craft is that its blimp-shaped body will be made of a 3-D-printed composite and that it will be powered eight fail-safe vectoring fans and a swappable battery to minimize turnaround time between flights.

A video posted by the company to YouTube shows the fans lifting the craft off the ground, rotating to propel it forward, then rotating to its original position as it lands.