The official COP26 outcome – the 10-page Glasgow Pact, outlining non-binding ambitions with no tangible milestones or deadlines, is not a prescriptive roadmap for infrastructure, but it does re-affirm four key infrastructure related themes to deliver on a net zero future 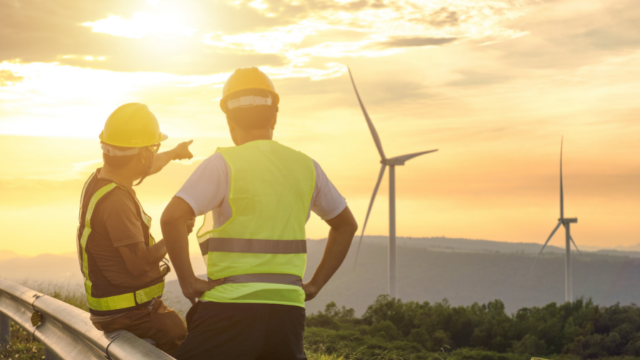 The relationship between sustainable and resilient infrastructure and climate mitigation is clear. It plays a critical role in delivering the required climate mitigation outcomes in key sectors such as clean energy, waste and water treatment, zero carbon mobility, and urban resiliency.

Although infrastructure did not grab the headlines at COP26, it was at the centre of many key announcements.

COP26 was billed as the ‘last best chance’ to put the world on track to mitigate the most catastrophic effects of climate change.

The success of the outcomes should be measured as the sum of raised ambitions amongst all of those who participate.

If you were to measure progress in net zero targets, two years ago when the United Kingdom in partnership with Italy took on the COP26 presidency, only 30% of the world was covered by net zero targets. This figure is now almost 90%.

In support, businesses and financial institutions representing 40% of global financial assets, committed to net zero emission targets by 2050 leading up to the event.

Notable was also the volume of informal commitments that technically fall outside the structure of the agreement. For example, more than 100 countries committed to reducing methane emissions by 30% by 2030.

In addition, there was a formal agreement to halt deforestation and carbon trading and a surprise and welcomed bi-lateral agreement between China and the US to work together to better deliver on climate.

Combined, all these pledges and policy directions, if translated into action, will ultimately facilitate sustainable infrastructure.

Stronger international agreements, followed by national and sectoral agreements, means that individual actors can have the confidence to act upon ever more ambitious decarbonisation plans like expanding renewable energy, the installation of networks for low carbon vehicles and boosting low carbon public transport options.

1) Accelerating the scale and scope of the global energy transition

One of the most significant areas of discussion at COP26 concerned the extent to which, and how quickly, the world should commit to transitioning away from coal and other fossil fuels as the source of energy and replace them with low carbon technologies.

The infrastructure sector should expect policies and regulation to transition towards low-emission energy systems at a greater pace and geographic scale but with nuancing.

The recently passed US infrastructure bill and the Build Back Better bill working its way through congress are two examples of legislation with a large focus on sustainable infrastructure projects but with practical elements.

2) Supporting the industrialisation of infrastructure:

Across the COP26 official program and business zone, infrastructure was emphasised as an enabler to deliver true decarbonisation across industries and the lifecycles of their tech savvy products.

This was reflected in the final agreement that calls upon parties to accelerate the development, deployment, and dissemination of technologies, including scaling up the deployment of energy efficiency.

It is anticipated this will encourage initiatives to develop, scale, and deploy the technologies with a priority placed on addressing hard-to-abate infrastructure sectors such as steel.

Infrastructure is only as sustainable as its parts and component materials. Building enough wind turbines to achieve net zero carbon emissions globally by 2050, will require 1.7 billion tons of steel which itself uses coal as a main source of energy.

Spend on research and development and innovation needs to be a core component in all infrastructure plans to deliver on net zero especially for retrofitting. As highlighted by the GI Hub, half of the infrastructure of 2050 is already built, under construction or being planned.

3) Infrastructure as a facilitator in the net zero transition

Using transportation as an example, a new declaration by more than 100 national governments on zero-emission cars and vans has committed to end the sale of internal combustion engines by 2035. In the UK, by 2040 all heavy good vehicles sold must be zero-emissions.

The only way these and other pledges around net zero mobility can be met is through the accelerated roll-out of electric vehicle (EV) charging infrastructure in cities, towns, and homes.

However, while the US infrastructure bill includes an important component on EV charging stations, what was not accounted for is the climate impact associated with building and repairing $100 billion of roads and bridges over the coming years. Those inputs that go into the construction of infrastructure assets will need to account for climate impact too.

Leading up to COP26, there was speculation on agreeing an international carbon price, which did not materialise. However, a notable technical COP26 outcome was an improved agreement on carbon markets found in Article 6 of the 2015 Paris Agreement.

The new commercial language provides clarity for the creation of an international carbon market. The agreement can prove transformational in internalising carbon-pricing and accelerating funds flow to lower carbon infrastructure products.

To keep the momentum built at COP26 going, the next 12 months will be key in translating high-level commitments into tangible deliverables at global scale. The clock is ticking, COP27 in Sharm El-Sheikh will be upon us soon.

Sadek Wahba is Chairman and Managing Partner of I Squared Capital. He is also a senior fellow at the Development Research Institute, New York University and a Foundation Fellow at St. Antony’s College, University of Oxford. The views expressed in this article do not necessarily reflect the institutions mentioned above.