Finnish research and innovation organisation, VTT, has developed a cylindrical extruder which could revolutionise the processing of recyclable materials and thereby promote circular economy business 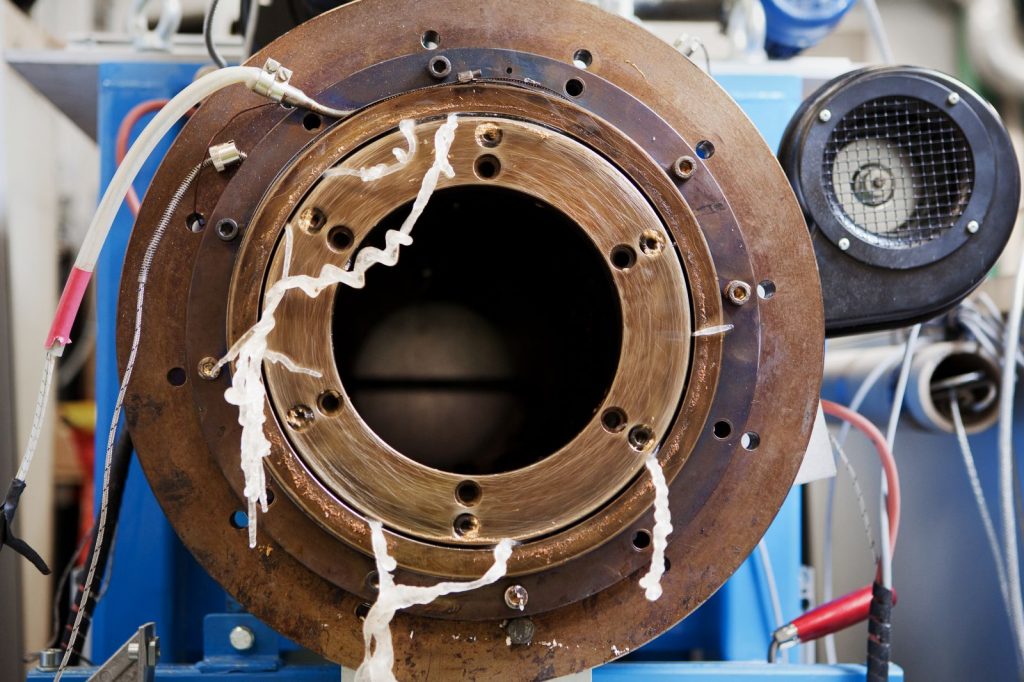 According to VTT, the extruder can be used, for example, to turn problematic textiles and plastics as well as food waste into pellets.

The first prototype is said to have already exceeded the its expectations during initial testing and VTT said that it is currently looking for a partner to commercialise the technology.

Scientists have been testing the prototype’s performance with, for example, pieces of plastic film, mixed plastic waste, various kinds of textiles and bread. In addition to recycling, the device has been used to produce long fibre composites, and it can also be utilised in food and feed processing.

Behind the idea for the extruder is VTT’s Research Scientist Hannu Minkkinen, who discovered that materials can rotate around the device’s hollow cylinder. The device was designed and the prototype built with funding from Business Finland’s and VTT’s funding instrument for commercialisation of research results.

Senior Scientist Pirjo Heikkilä at VTT added: “Many textile recycling processes are only suitable for products containing homogeneous fibres. However, textiles are often made of a mix of fibres, and many products are comprised of different layers.

“The new extruder opens up a revolutionary opportunity to recycle mixed textiles and materials without having to separate fibres or components. We have successfully tested the device, for example, for recycling pillows without removing the filling in the course of a project called Telaketju with funding from Business Finland.”

What is an extruder?

An extruder is a device used in plastics factories in particular. It is capable of melting, mixing and extruding paste through a shaped nozzle.

The plastics industry uses extruders to make, for example, pipes and profiles, and they also have various applications in the food and feed industry.

The diameter of the extruder screw determines the size of the feed throat and also the kinds of materials that the device is capable of processing. The first prototype has a screw diameter of 30 cm instead of the 3–4 cm typically found in conventional devices of the same output.

The large diameter combined with a shallow screw channel makes it possible to mix different components of problematic, porous and lightweight materials and to make the mixed mass compatible with the next stage of the production process.

Thanks to the simple design of the device, it is cheaper to make than traditional mixing twin-screw extruders.

VTT’s first prototype is less than two metres long and weighs 1.5 tonnes. Thanks to its short length, the device can also be mounted upright if necessary.

The compactness of the device makes it possible to transport to where it is needed.

The design enables accurate temperature control combined with efficient mixing and, considering the size of the device, exceptionally long residence time. This can be a benefit when processing materials such as food and feed.

Long fibres can be processed without cutting them, which is useful when processing textiles, for example, or when mixing fibre composites.