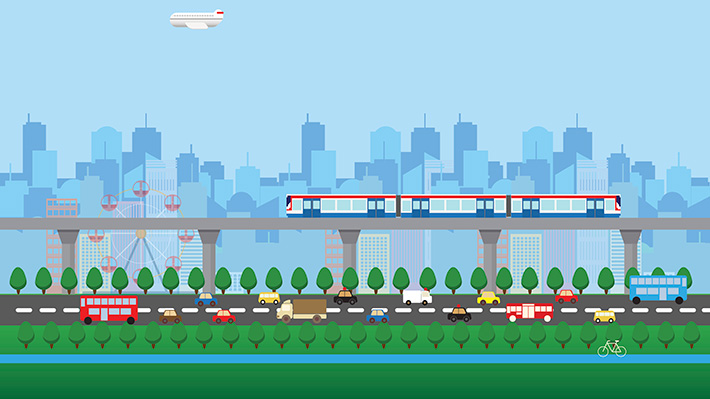 The majority of investment from the National Party has been dedicated to state highway and regional road improvements across the country, along with continued investment in growing public transport.

National has confirmed its previous announcement that will deliver a $10.5 billion addition to the state highway network through a revamped Roads of National Significance programme.

An additional $600 million will be spent on road safety improvements and earthquake-affected Kaikoura roads will be rebuilt.

Penlink and the billion-dollar Mill Rd project in Auckland will be delivered as state highways.

National has not specified a figure, but has indicated it will accelerate regional road projects, and points to its previous record of investing $200 million to do so.

In contrast, Labour is placing most of its investment on inter-regional rail services and investment in light rail in Auckland.

It has committed to kicking-off a rapid regional passenger service between Auckland, Hamilton and Tauranga, completing a third rail line in Auckland and retaining electrification between Hamilton and Palmerston North.

Should evidence support it, Labour will look to electrify other key parts of the rail network and reopen mothballed lines.

Labour will invest an extra $3.3 billion in light rail and busways in Auckland over the next 20 years, but will dial back the East West Link connecting Auckland’s motorways.

It will commit $100 million to Christchurch public transport and consider light rail for Wellington.

Labour has not announced any further capacity or safety improvements for the state highway network, but has committed to quickly rebuilding the Manawatu Gorge Rd.

It is not clear whether planned projects state highway improvements, including the Warkworth to Wellsford Road of National Significance, will be delivered.

However, Labour has made more funding available for transport projects of regional importance by doubling the funding range of $70-$140m to $140-$280m.

National has committed to the delivery of the third main trunk line in Auckland, as well as to rebuild rail infrastructure affected by the Kaikoura earthquake.

It is also investing $267 million over three years in Auckland and Wellington commuter rail and will work with Auckland Council on a mass transit solution between the CBD and Auckland Airport and complete route protection.

Labour has not specified funding for cycling and walking, but has indicated that both, along with rail, will be eligible to apply to the NLTF for national funding.

National will continue to implement its $333 million cycling programme.

Labour has not announced policies on electric vehicles or airport links, but has committed to developing a national freight and national ports strategy and will move to implement the ‘Sea Change’ strategy to revitalise coastal shipping.

Labour has indicated that it will levy a 10 cents per litre fuel tax in Auckland to fund its programme. National will fund its investment from existing sources and continue investigating road pricing.

Labour has highlighted increasing congestion, liveability and economic development as the key drivers for its transport policy.

National emphasises productivity and growth, safety and congestion relief as the predominant benefits of its programme.

“Neither party has identified longer term operational costs from their policies, nor provided evidence that their policies will actually deliver on promises to reduce congestion and support economic development,” Selwood observes.

“The fact that we have such contrasting national investment priorities across our major parties is an indictment on our evaluation and prioritisation processes, which should be objective.

“We spend tens of millions of dollars every year on complex modelling and evaluation of projects and their benefits which should, in theory, depoliticise transport priorities and deliver the right projects for the job.

“That two such different approaches can be promoted indicates a lack of evidence is present in our decision-making.

“An objective and independent body such as a New Zealand Infrastructure Commission is urgently required to investigate and analyse transport and other infrastructure priorities for New Zealand,” Selwood says.