The Productivity Commission’s inquiry into local government funding and financing is welcome, but it is concerning to see the Terms of Reference will constrain an objective assessment of all options, says Infrastructure New Zealand CEO Stephen Selwood 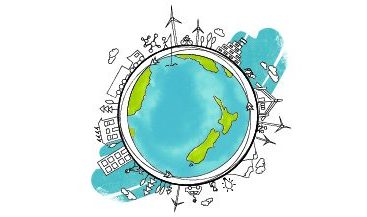 It is particularly disappointing that ‘asset recycling’ – the process of selling down public shareholding in one public asset in order to invest in another more valuable asset – has been precluded from the terms of reference, he adds.

“Asset recycling is enabling Australia to respond faster and much more effectively to their growth challenge than New Zealand.

“New South Wales alone will spend AU$14.7 billion on transport improvements this year compared to around $3 billion across New Zealand – twice what we are on a per capita basis.”

Selwood says it has been able to do this by selling down nearly $50 billion of underperforming assets in the last five years and using the proceeds to deliver heavy rail, light rail and roading, as well as urban redevelopment, schools and health investment.

“With better services and fewer public funding constraints on development, the Aussies are addressing homelessness and deprivation whilst investing tens of billions in road and rail transport infrastructure.

“Research has shown the asset recycling programme in New South Wales has very high public support – 61%, with only 9% opposed – when people understand why the programme is in place and where the money is going.”

He believes high growth councils around New Zealand would provide a much better public service by selling down shareholdings in ports, airports or low performing assets and “recycling” the proceeds to invest in core transport and water.

“In Auckland, partial or full sale of Watercare would enable the council to release billions in capital to invest in storm water, floodwater and transport infrastructure and would allow the company to leverage its balance sheet to invest in water infrastructure to support growth.”

The opportunity cost of having public money tied up in non-essential services is worse congestion and a prolonged housing crisis, Selwood argues.

“If, for some reason, New Zealand is different than Australia and if advice from the OECD, World Economic Forum and others on good capital management is misplaced, the Productivity Commission is best placed to make that call.”

The same can be said for the rating of Crown and Maori land, he adds.

“It is extraordinary that the Crown considers councils to be core infrastructure providers, but will not pay them to deliver services to government assets like schools nor even take advice on the issue.

“It is encouraging that the government has launched this Inquiry, but given the constrained terms of reference that the Productivity Commission has been given, the potential outcomes of the study have been compromised at the outset,” Selwood says.