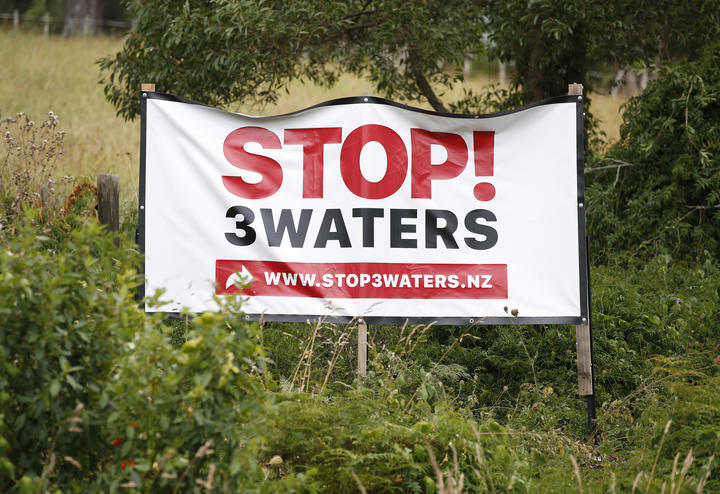 The Government has ruled out other solutions to New Zealand’s water issues and is dead set on creating four publicly owned water entities.

“Councils face big future bills for water services given the new regulator, the unknown condition of many pipes and the impact of climate change. Without reform, ratepayers will be hit in the pocket.

“LGNZ is encouraged to see the Minister support the Working Group’s recommendations around making public ownership crystal clear, through a shareholding for councils. We also support the changes to strengthen communities’ and councils’ voices.

“Councils will play a critical role in three waters after reform. They will go from being involved in the operational delivery to being responsible for planning for growth and resilience, being the voice of their communities, and monitoring performance.”

Infrastructure New Zealand also welcomes the announcement after initially showing support for the reforms in principle, conditional on appropriate accountability and governance arrangements being in place for the proposed water entities.

“A fair amount of public feedback to the proposed reforms have seemed to relate to loss of local control, and people in a region paying for work elsewhere that they won’t benefit from. [The Government’s] announcement about the entity design addresses this through a public shareholding structure that will make community ownership clear.”

“Local councils will still be the ‘owners’ of their assets – but they won’t actually have any control over them. It’s like saying you own a house but don’t get to decide where to put the furniture.

“Local councils and communities will still lose control of their assets, and the unproductive and divisive co-governance structure remains.

“Even with these superficial changes, Labour’s Three Waters agenda is still fatally flawed.”

ACT has also accused the government of trying to bribe councils into supporting the reforms through its $2 billion ‘Better Off’ fund.

“If this was really about Three Waters, the money would be earmarked for water infrastructure upgrades. Instead, it can be used for anything councils like,” leader David Seymour says.

“Treasury also pointed out there was no evidence or analysis as to the funding’s value for money.

“It is critical that New Zealanders have access to safe drinking water and high-quality infrastructure for storm and wastewater. Currently, the system is not up to scratch, but Three Waters is not the answer.”

However the Government says it has considered other alternatives but they are unsustainable and unaffordable for large parts of the country.

A range of options have been investigated for four years using the best of international and local expertise – with oversight and guidance of the joint Central/Local Government steering committee. This includes assessing options such as central government funding to the status quo, sector-led shared service delivery and regional models, introducing a national centralised fund similar to the NZTA-type model, and regulatory reform alone.

Even then, ACT Local Government spokesperson Simon Court argues there is no rationale for continuing to have co-governance at the centre of the reforms.

“Nanaia Mahuta herself has admitted that ‘Māori have not expressed rights and interests in three waters assets over and above those as ratepayers within their respective communities of interest.'”

Co-governance is the worst part of the reforms, he says.

“It’s totally inappropriate to give iwi a seat at the table just because of who their ancestors were. All New Zealanders want clean and safe water, not just iwi.”

The New Zealand Tax Payers’ Union points out that iwi will have their own consultation process for the legislation, separate from the transparent select committee process available to the general public.

“For the first time, New Zealand’s Parliamentary process is going to have ‘priority access’ based on race.”

There will now be additional bureaucracies set up as part of the reforms, he adds, including new sub-regional representative groups and a Water Services Ombudsman with a tikanga-based dispute resolution process.

“Yet another layer of expensive bureaucratic fat.”