The public consultation process on the 2050 emissions targets has opened, leading several academics to offer their thoughts and suggestions on how New Zealand can transition to a low-emission economy 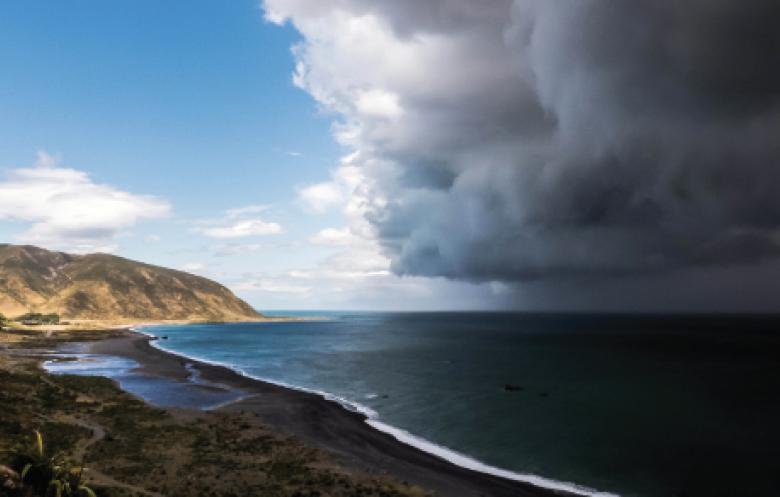 Associate Professor Ivan Diaz-Rainey, Co-Director, Otago Energy Research Centre, University of Otago, notes that while the bill provides context which should allow for the enactment of new climate policies or alterations of existing policy instruments (such as the Emissions Trading Scheme (ETS)), it doesn’t guarantee the policies needed will be enacted.

“It also comes a decade after the UK enacted a similar piece of legislation and two decades since the Kyoto protocol was signed,” he notes.

“We are still talking about how New Zealand should respond to climate change, whereas many countries have had strong policies in place for well over a decade.”

The options in the consultation for the Zero Carbon Bill underline this, Diaz-Rainey adds.

They are consulting on whether to replace the ‘current target of 50 per cent reduction below 1990 levels by 2050’ by either:

“These are fundamentally very different options and at the heart of these differences are how ‘short lived’ agricultural emissions will be treated,” the professor observes.

There is no question that agricultural emissions are challenging, both in terms of measurement (as highlighted by Professor David Frame’s recent paper) and in terms of mitigation.

“But, surely, option 1, where agricultural methane or nitrous oxide emission are effectively excluded, is not a realistic or equitable option?”

Diaz-Rainey notes that Frame suggests an approach somewhere between option 2 and 3 which does leave some emphasis on reducing methane, but places greater emphasis on CO2.

“This is probably the right answer and it will require major changes to the ETS (so more policy uncertainty),” he believes.

“But overall, it feels like we are still standing at the starting line asking where and how far we should run to shed some kilos, while many others have been running, and some running hard, for quite some time.

“Could we not at least jog (have policies that start to reduce CO2, e.g. strong incentives for electric vehicles and domestic energy efficiency) whilst we continue to figure out exactly what we are going to do with agriculture?”

“Short-lived gases – such as methane from cows and sheep, but also generated to a lesser extent in rubbish dumps and by the oil and gas industry – are a flow pollutant,” he explains.

“Emitting them at a steady rate leads to steady levels in the atmosphere.”

“Long-lived gases – such as carbon dioxide emitted by burning coal, oil, and gas, and nitrous oxide emitted by animal manure and chemical fertilisers – are a stock pollutant.

“Emitting them at a steady rate leads to steadily increasing levels in the atmosphere.”

Current international rules include all these gases, McLachlan notes.

“New Zealand has a particular interest in separating short- and long-lived gases because we make a lot of money from activities that emit the short-lived gas methane.

“The first proposed target (net zero carbon dioxide by 2050) could be viewed as weaker than our current target (“50 by 50”, a 50% reduction of all greenhouse gases on 1990 levels by 2050) adopted in 2011, because it would allow unlimited increases in agricultural emissions.

“The second proposed target (net zero long-lived and stable short-lived gases), is roughly similar in ambition to “50 by 50”. “

“Nevertheless, modelling commissioned by the Productivity Commission indicates that it can be achieved.

“Not only that, they found that net zero was not any harder for New Zealand than for other countries.”

There are good reasons for including flow pollutants in the target, McLachlan believes.

“New forests, which we expect a lot of in all scenarios, are analogous to flows, because the carbon stored by the forest does not build up indefinitely.

“Methane is responsible for a significant part, about a quarter, of current warming.

“This may be significant as climate change impacts increase non-linearly and we approach tipping points.

“Some ways of cutting agricultural and waste emissions are known already – we need an incentive to adopt them,” McLachlan urges.

“There is no question that long-lived CO2 has to be reduced by urgently weaning ourselves off fossil fuels, according to Professor Ralph Sims, Director, Centre for Energy Research, Massey University,

“Recent reports from the Royal Society, Vivid Economicsand the Productivity Commission have shown how this can be achieved.”

“Planting more forests on to marginal pasture land will buy some time to phase out coal, oil and gas but can only be a temporary option.

“Nitrous oxide arising mainly from nitrogen fertilisers and animal urine is also a long-lived gas so it will have to be reduced, but having a much smaller total warming impact than annual CO2emissions, it can be given a lower priority for now,” Sims believes.

Consultation on the bill includes discussion around methane (CH4) being treated differently as it is a relatively short-lived gas in the atmosphere compared with CO2, for which each molecule emitted can last for hundreds of years.

“A simple analogy for cumulating long-lived CO2 emissions is a bath of water slowly filling up as the tap keeps dripping till it eventually overflows – (which is where CO2 emissions are now at, being around 410 parts per million – highest level for 800,000 years – and rising),” Sims explains.

“However, for the methane bath, the plug is poorly fitted so some water continually leaks out as the dripping tap continues.”

If the leakage is at the same rate as the tap is dripping, then the water level in the bath remains stable.

If the tap is turned on a little further (i.e. the flow of methane emissions increases due to farming more ruminant animals for example), then the water level will slowly rise a little and the global warming impact will be greater.

“So the argument is being made that stabilising the current stocks of methane in the atmosphere would be sufficient, at least in the short term.

“This would take the pressure off the farming sector having to reduce its emissions as in spite of much research, identified solutions to date give only small reductions, mostly taking some time to initiate (such as breeding animals that produce lower levels of emissions or modifying gut bacteria),” Sims says.

“However, the very same methane gas also enters the atmosphere from leakage at coal mines, natural gas fields and pipelines.”

Indeed he notes that NASA has recently confirmed this is the main source of the concentrations of methane that had mysteriously increased in the atmosphere over the past decade or so – especially from fracking.

As methane molecules break down in the atmosphere over a decade or two, it produces CO2.

If the methane is bio-based, it can be argued that the resulting CO2 is recycled back through the growing pasture or rice plants.

However, if it is fossil-based methane, then the resulting CO2 is no different from that released from fossil fuel combustion.

“Under our nationally determined contribution — where countries have stated under the Paris agreement what their emissions reduction will be by 2030 (NZ target is 11.2% below 1990 level or 30% below 2005 level which is same thing) — we can use any means to reduce emissions as deemed most appropriate.”

But he admits the international debate about whether methane can be treated differently to CO2 will be “more challenging”.

“Overall, the opportunity provided for businesses, organisations and individuals to consult on the Zero Carbon Bill is commendable – and much credit must go to Generation Zero for pushing hard for the government to support their initiative over the past year or more.

“The aim of government to have the Zero Carbon Act and Climate Change Commission in place at some time around the end of this year should be supported.”

Sims adds that it is “encouraging” that the National opposition is showing some support as there has to be cross-party agreement to give long-term certainty.

“In this regard, the UK model has proved to be highly successful over the past 10 years.”

Given the continuing annual increases in NZ’s net greenhouse gas emissions, and the failure of the Emissions Trading Scheme to curb them, Sims feels stopping offshore oil/gas exploration was a brave start.

“Further leadership from government through implementing strong policies is now essential and the Zero Carbon Act will hopefully provide this before it becomes too late.”

“The government proposals will bring welcome regularity, rationality, and openness to the process of setting targets and then delivering on targets, which in truth is the hard part.

The process of carbon budgeting is essential, adds Barry Barton, Professor, Director of the Centre for Environmental, Resources and Energy Law, University of Waikato,

‘We should also look for legal requirements for policy action to implement the targets,” he argues.

“We should look for action across a wide range of sectors (transport, housing, process heat, etc).”

Barton says what each sector will contribute, in kilotonnes of reduction, needs to be clear for each budget period.

“We need rules for an information base that guides our choices of different policies and pathways in behaviour and technology.

“We should look for clear relationships between these processes and the NZ Emissions Trading Scheme – for example, the role of targets in the NZETS needs to be clarified.”

Good law of this kind can make it easier to produce better climate change policy, Barton maintains.  “It could have a lasting quasi-constitutional role.”