You are at:Home»All News»Water»Maintaining resilient infrastructure in the face of climate change
November 10, 2017 Water 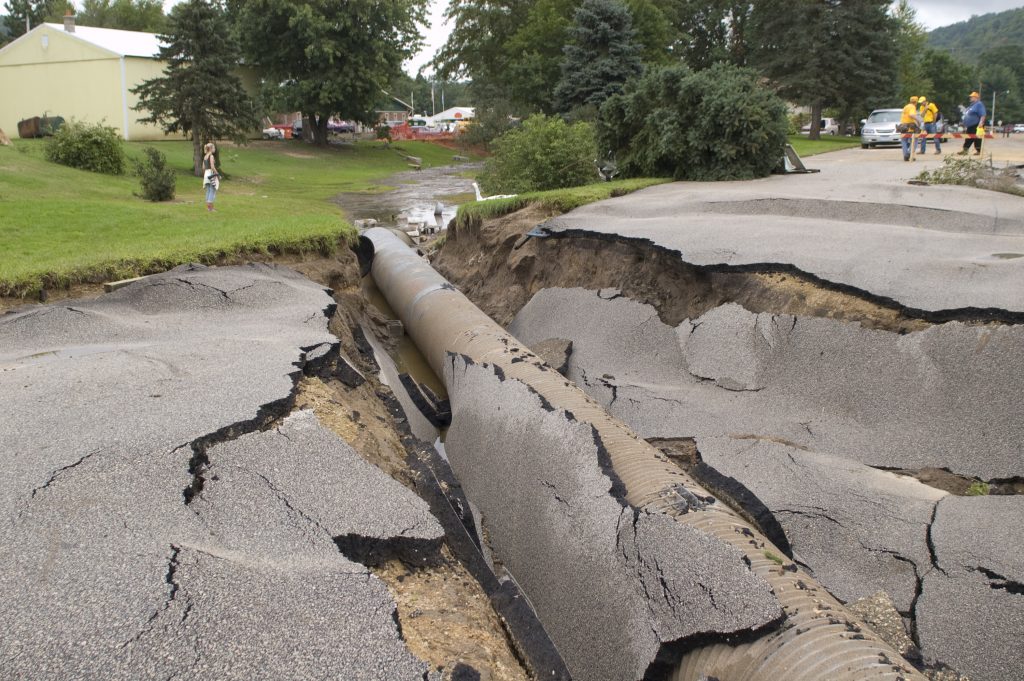 The value is estimated to be well over $20 billion and much of this will be under threat due to climate change.

Nationally, the projected cost that rising sea levels and increased flooding will have on infrastructure is massive.

Weather related insurance claims are now at the highest since records began with more than $200 million paid out this year.

Water New Zealand has been involved in a programme looking at the impacts and implications of climate change and what areas of research is needed to better prepare our stormwater and waste water systems for a changing climate.

The programme is led by the Deep South National Science Challenge. Earlier this year the Deep South held discussions with a number of experts, from academics and scientists to business people, government policy advisers and water service providers.

As a result of this, it produced a report outlining current knowledge and priority areas of research needed to enable our stormwater and wastewater systems to be more resilient.

In launching the Climate Change and Stormwater and Wastewater Systems report, co-author Professor Iain White said that the effect of climate change on stormwater and waste water will impact on many aspects of New Zealand life, including health, disaster resilience, drinking water, ecology and transport.

That’s why this need for over view and understanding of the links are so important.

Water New Zealand’s Technical Manager, Noel Roberts is on the Deep South Challenge Representative User Group which helps guide the overall strategy of the programme.  He says the programme helps build vitally important relationships and provides a necessary bridge between science and research and industry knowledge and requirements.

“It’s a challenge connecting the science and research with industry knowledge and requirements. Often the two areas of expertise don’t overlap and as such there are lost opportunities that would greater benefit the tax and rate payers who are ultimately funding these issues.

“When it comes to research and innovation, 1+1 can equal 3, and no single sector has the monopoly on bright ideas. The engagement programme and dialogue sessions for the Deep South Challenge is one of the few exceptions and it’s refreshing to have CRIs, Universities and the industry in sync and working towards a common problem.”

Mr Roberts says this approach could well be a model to adopt for future New Zealand challenges and issues.

The report points out that all around the country infrastructure is intertwined, for example, between water systems and roads.

In many local water systems, roads are designed to be used as a secondary stormwater routes in extreme flooding. While this generally works well, in extreme inundation events wastewater contaminated with sewage may mix with the stormwater overflows.

The increase in extreme rainfall events will stress the system by overwhelming the networks, restricting opportunities for maintenance, and increasing the occurrence of infiltration of wastewater into stormwater.

Coastal infrastructure will be particularly hard hit. Many of our water networks use gravity to discharge to water bodies and the most costly areas of the network are often located in low-lying areas or on the coast.

And there’s also the effect of increasing sewage overflows, as well as pipes corroded by salt water, and exposure to liquefaction.

An increase in the number and frequency of coastal storms will also affect coastal infrastructure, causing increasing inundation, physical damage, and electrical failure at treatment plants.

But it’s not just the effect of too much water, Professor White pointed out that drought brings its own problems by  disrupting gravity systems because of slowing flow leading to blocked pipes. Lengthy droughts can also affect wastewater treatment processes, creating functional and safety concerns.

The Deep South National Science Challenge intends to do further research to better understand the risks, including cascading indirect effects where failure in one part of the system will have significant impacts elsewhere – many of which we may not yet be aware of.

This is much-needed learning and will be a great resource for incorporating these aspects within decision-making frameworks.  The knowledge should help us to develop the most appropriate and practical adaptation responses to help reduce climate change.

By planning now we’ll have a much better chance of adapting to climate change and developing much more resilient and liveable cities and communities, says Mr Palfert.