Local Government New Zealand (LGNZ) says current proposals to reform the Local Government Act have the potential to threaten local democracy and the ongoing sustainability of some councils if enacted. 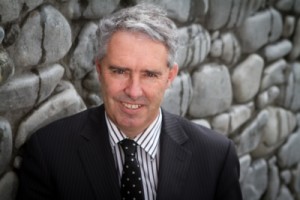 Submissions have closed on the Local Government Act 2002 Amendment Bill, which aims to “improve service delivery and infrastructure provision arrangements at the local government level”.

In its submission to the Local Government and Environment Select Committee, LGNZ argues some changes proposed in the bill would undermine local democracy by diminishing the decision-making ability of locally elected representatives – and as such reduce the ability of communities to have their say on important local and regional matters.

While there are a number of provisions in the bill that LGNZ supports, these do not diminish the broader concerns.

Some 97 percent of LGNZ’s members at its recent annual conference voted in favour of a remit calling for vigorous opposition to any measure in the bill that directly or indirectly removes the requirement for community consultation, demonstrable community support and direct local authority involvement in reorganisation investigations and local decision-making of councils or their assets.

LGNZ president Lawrence Yule says of particular concern to the local government sector are provisions in the bill to allow the Local Government Commission to create Council Controlled Organisations (CCOs) without seeking the agreement of councils or the community.

“We haven’t got a problem with CCOs, they are quite a common thing, but their creation is a matter for a council,” Yule says.

“If the commission is going to be given the power to do this directly and come in and create a CCO to manage a community’s assets without a council’s agreement or a community poll, then we do not regard that as democratic.  We are not against CCOs, we are against their creation without council and community input.”

There is a concern within the sector that the imposed creation of CCOs could strip rural and provincial councils especially of any significant decision-making power.

“For many councils their asset base is in two areas, roads and the three waters, and what we are concerned about is the removal of local community oversight of local assets.”

“LGNZ’s bottom line is that either council or community approval should be required before major activities are removed from the direct control of the local authority,” Mr Yule says.

Yule says the sector was heartened when minister of Local Government Peseta Sam Lotu-Iiga indicated that following strong representations from LGNZ and its members that he would write to the select committee to invite it to work with LGNZ to work through the issues together.