New Zealand software innovator CS-VUE has enhanced an environmental compliance management system for one of the country’s largest infrastructure projects. 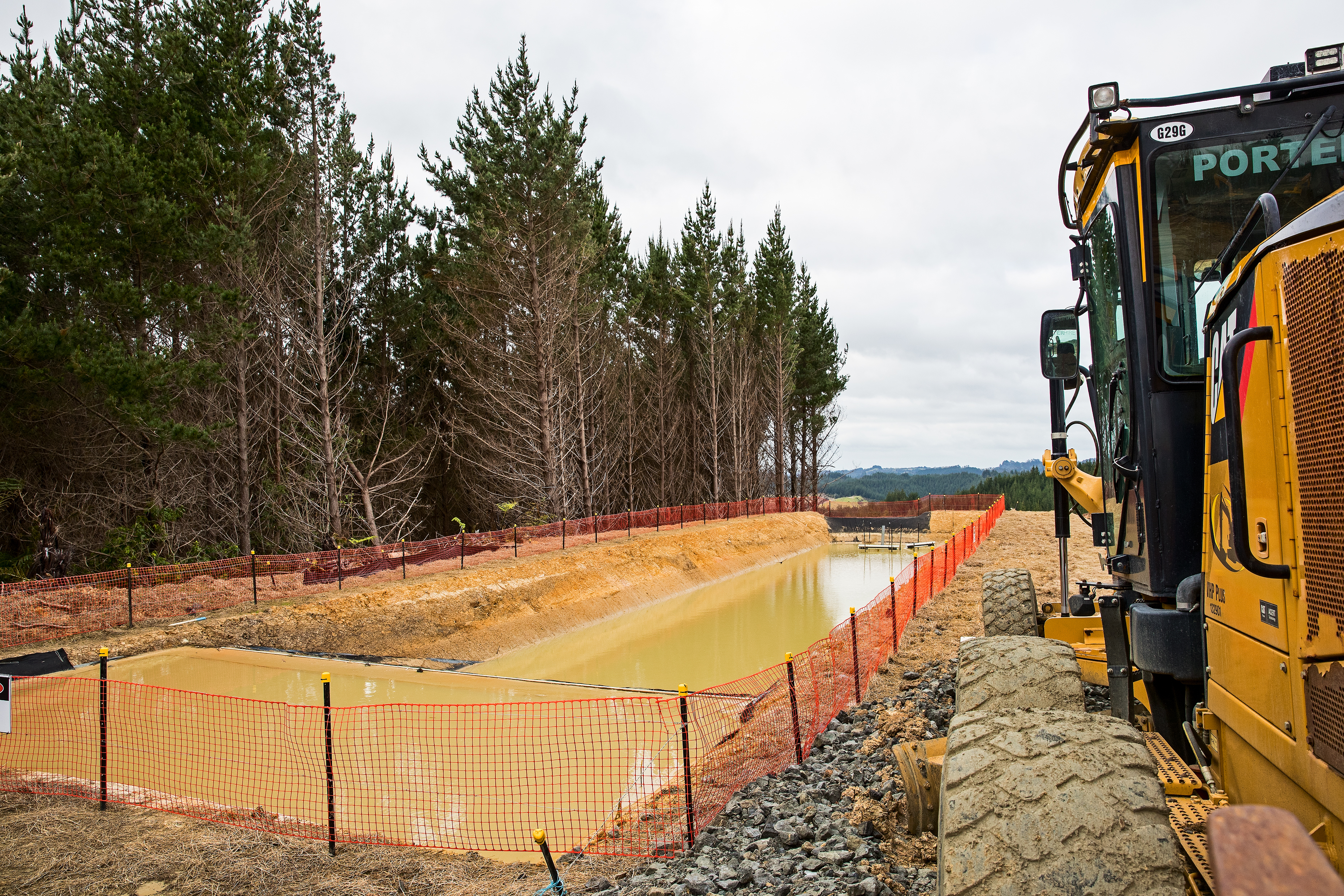 The NZ Transport Agency’s $709.5m motorway from Pūhoi to Warkworth is the first stage of the Ara Tūhono – Pūhoi to Wellsford Road of National Significance.

It’s a long way from 2004, when the software start-up business was created to help the former Auckland City Council better manage its stormwater consents.

CS-VUE has since grown in staff, clients and turnover; its recent work including providing software to manage the New Zealand Transport Agency’s operational network and capital project consents.

Roads of National Significance projects can involve hundreds of consents across multiple teams and construction areas, with work often staged.

The Transport Agency says prior to using CS-VUE’s software to help manage their consent conditions and compliance, they relied on a range of spreadsheet-type systems that differed from contract to contract.

When the Transport Agency’s second Public Private Partnership (PPP) Pūhoi to Warkworth was in the procurement phase, CS-VUE General Manager Wayne Fisher got a phone call.

“I recall they wanted us to design some enhancements to the software and quickly,” he laughs.

“It was scoped, designed and built in time for the award of the contract to Northern Express Group (NX2).”

Fisher says with construction underway, their software module is now doing its job and will continue to well after the four-lane motorway opens because many of the consents are ongoing, as is monitoring and compliance.

CS-VUE has built extra capability and better data exchange into its Two Step Sign Off module to effectively allow “two-way conversations” between the consent holder and its contractors and the regulator, Auckland Council.

“Normally a consent holder would rely solely on its contractors to ensure every consent was being monitored and complied with.

“Our module gives the Transport Agency direct oversight and Auckland Council instant access to the status of consents with the ability to directly sign them off.”

Graham Jones, Senior Monitoring Officer at Auckland Council’s Resource Consents department says: “To the best of my knowledge this is the first time the regulator has shared a common platform with both the consent holder, the NZ Transport Agency and the contractor, NX2.

“All parties having access to common software allows us all to be on the same page at any instant in time on the status of conditions.

“As a project team, it allows us to work in a more collaborative manner.”

Tom Newson, NZTA’s Principal Project Manager, says: “As a PPP, the Pūhoi to Warkworth conditions require input and oversight from the three key parties during construction and once in service to ensure compliance and management of the outcomes-based consents set by the Board of Inquiry in 2014.

“CS-VUE’s new system provides all parties with quick access and a single source of truth via a two-step validation process with Auckland Council.

“We’re using it as a pilot with a view to using the same CS-VUE application on other large roading infrastructure projects, such as East West Link and the Northern Corridor improvements.”

Fisher says with the 18.5km motorway scheduled to open by 2022, “having a cloud-based environmental compliance management system that each party can access 24/7 not only means greater transparency, which helps to avoid any breaches and saves time.”

The Pūhoi to Warkworth PPP will ultimately help in the Northern Express Group’s construction, management and maintenance of the motorway for the five-year construction and its further 25-year operational period.

Newson says the Pūhoi to Warkworth outcome-based RMA conditions provide greater flexibility to the contractor in both design and construction than most other Transport Agency projects.

It also requires vigilance from a compliance standpoint.

CS-VUE is also working with about 20 per cent of the country’s district and city councils ensuring they keep on top of their often complex and lengthy consents granted by regional councils.

For Auckland Council, for example, CS-VUE manages its stormwater and contaminated land sites.

“We provide tools to achieve better business analytics and we can reduce an organisation’s annual operating costs.

“Board directors prick up their ears when we talk about improvements to governance, risk and compliance, while helping to keep the rates down seems to resonate with council procurement managers.

He says public and private entities also respond positively to the concept of resilience and keeping critical information safe from the likes of earthquakes, floods or fires.

CS-VUE achieves this as its software is entirely cloud-based, putting everything in one place for easy management, and no capital expenditure on hardware is required.

Most consents being managed are around air discharge, water, land use, and trade waste, or consents issued by NZ Petroleum & Minerals for extraction.

Sectors include oil and gas, quarrying, mining, and some of the country’s key ports.

Large packaging company, PACT, is among its Australian clients.

And it’s not just about delivering up-to-the-minute environmental balance sheets.

Since the Health and Safety At Work Act came into force in April last year, CS-VUE has designed and implemented software to help businesses and organisations better manage and mitigate risks in the workplace.

“Over the past 13 years in software we’ve learnt you can have all the marketing, management and techno speak you want, but what really defines whether you succeed or not is the quality of your software developers and CS-VUE has an exceptional team,” Fisher believes.