The local government representative body believes the bill will bring consistency to the issue of fluoridation and will see the decision-making process rightfully transferred to health experts rather than local government. 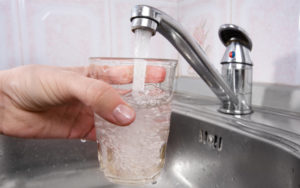 LGNZ agrees with the Health Board’s concern around a lack of funding for local authorities arising from District Health Boards making a decision that will impose costs on communities, which it described as a potential moral hazard.

LGNZ President Lawrence Yule says local government’s view has always been that the cost of funding fluoride should sit with decision maker, in this case DHBs or central government.

“While it is great to see this bill progress, in its current form it makes no provision for funding and sees the DHBs decide and communities pay,” Yule explains.

“Fluoride is a public health issue and should not be funded by local government.

“Having one agency decide and another pay also goes against the basic principle that those responsible for spending public money are also held accountable for that expenditure.

“The committee has suggested the government consider its position on funding fluoridation, and we urge the same thing.

“Without clarity about funding and accountability there are few incentives on those making the decisions to make responsible decisions.”