You are at:Home»Employment»Engineers and architects confront their gender problem
April 16, 2018 Employment 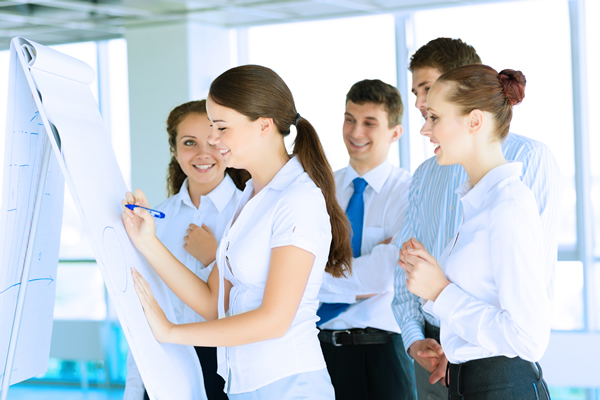 The Diversity Agenda is a collaboration between Engineering New Zealand, the New Zealand Institute of Architects (NZIA) and the Association of Consulting Engineers (ACENZ).

It is a commitment to diversity and inclusion, with an initial focus on women, with the goal of getting 20 percent more women in engineering and architecture by 2021.

“While other professions have increased their proportion of women, our industry has remained stubbornly male-dominated.

“Especially at senior levels, where women are massively underrepresented – quite frankly, it’s changing too slowly.”

NZIA President Christina van Bohemen, who is only the second female president of NZIIA in 113 years, says only 20% of all Registered Architects and NZIA Fellows are female.

“The pursuit of gender equality is both a moral issue, and an economic imperative for success in the 21st century.”

ACENZ President Mike Kerr says the fact that firms are lining up to support the campaign shows there is a drive for change.

“It’s the first time our professions have rallied around this issue. We want to see tangible action – and that’s why we’ve launched the Diversity Agenda.”

Nearly 40 organisations have already committed to the Diversity Agenda and its initial focus on women in the profession.

The campaign will continue to sign up organisations, ask them to commit to taking action – and publicly hold them accountable.

It’s backed up by a hard-hitting social media campaign featuring the stories of women working in architecture and engineering.

The Diversity Agenda campaign features both female and male engineers and architects talking on screen about their experiences in the workplace.

Katie moved to New Zealand a year ago from the UK, has three children under the age of seven, and works four days a week.

“It’s much easier if you’re got an employer who’s sympathetic to these needs.

“The whole of society is realising we need to change the way that the working week is organised.

“The companies that do best will be the ones that embrace the change earliest.”

Originally from the US, Julie registered and worked in London before moving to New Zealand five years ago, and has two children.

She says the campaign creates an opportunity for everyone in the industry to get on the same page.

“We must reflect the society that we serve – and women are noticeably absent from the table.

In architecture, when we start out we’re looking good. But then there are pinch points: registration, and parenthood.”

Darryl-Lee has been at Beca for 22 years, in seven different roles.

She sees engineering as all about creating communities and making them work for people to live in. “[As a profession], we’re losing women and we’re not bringing them back in – and that’s our biggest challenge right now.”

“No one comes into this industry intending to discriminate – they’re just not aware.

“This campaign is about making it clear we’ve got an intention to do something different – so that we talk about it.

She says employers must take a long-term view. “Flexibility is key, with people needing to be able to transition between full and part time work.”

Isthmus has about a 50/50 gender split, with three women on its Board.

Stephen says it’s well known that teams with greater diversity are more productive, with an effect on the bottom line.

He says meeting diversity targets comes from changing behaviours, from day-to-day conversations and how you treat each other to flexible work.