A “dysfunctional relationship” between local authorities, poor infrastructure and faecal contamination led to more than 5000 people in Havelock North becoming sick with campylobacter, a government inquiry has found 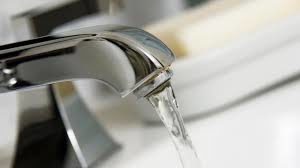 The outbreak of gastroenteritis in Havelock North in August 2016 saw 5,500 of the town’s 14,000 residents become ill with campylobacteriosis.

Some 45 were subsequently hospitalised, and, the inquiry adds, it is “possible” that the outbreak contributed to three deaths, and an unknown number of residents continue to suffer health complications.

The outbreak was traced to contamination of the drinking water supplied by two bores in Brookvale Road, raising serious questions about the safety and security of New Zealand’s drinking water and leading the government to establish an inquiry into the outbreak in September 2016.

Stage one of the two-stage inquiry made several key findings:

The district and regional councils did not directly cause the outbreak, but their “dysfunctional relationship” and lack of co-operation resulted in a number of missed opportunities that may have prevented it from occurring.

The regional council should also never have launched the prosecution of the district council, which it later withdrew, Stevens said.

Stage two of the inquiry will be held later this year to address lessons learned for the future and steps to be implemented to reduce the likelihood of such an outbreak occurring again.