Two Australian supermarket chains have stolen a march on their New Zealand counterparts by voluntarily reducing the use of plastic bags. 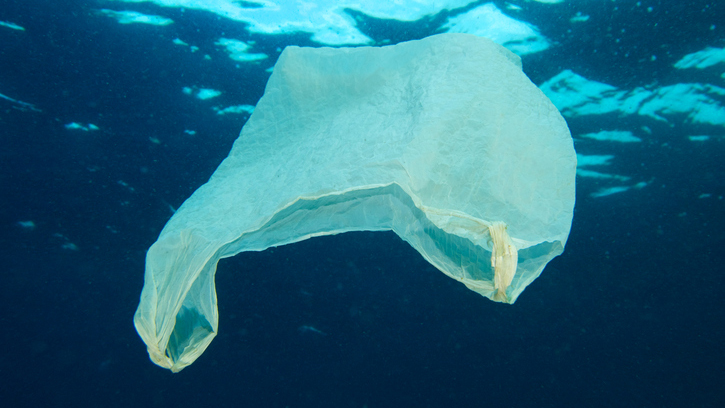 Woolworths and Coles have both agreed to voluntarily phase out the use of single-use plastic bags over the next 12 months.

The decision has been welcomed by Greenpeace Australia Pacific, which noted that South Australia, Tasmania, the Northern Territory and ACT all have bans on single-use plastic bags.

Queensland  introduced a ban in July, while NSW and Victoria are yet to implement a policy on bags.

Western Australia has stated it hopes to bring in a ban on bags in the next 18 months.

They will join a number of jurisdictions that have already banned plastic shopping bags, including South Australia in 2009, the ACT and NT in 2011 and Tasmania in 2013.

“This ban will stop billions of bags from being used each year in Australia, tens of millions of which can make their way into our waterways and eventually end inside marine life and our food,” says Greenpeace campaigner Samantha Wockner

Greenpeace Australia Pacific is calling on the state governments of NSW and Victoria to follow the lead set by Woolworths and Coles.

“The overwhelming majority of Australians support a ban on single-use plastic bags – which are only used for minutes on average, but then take up to a thousand years to decompose,” Wockner says.

“There is no reason for the paralysis currently infecting some state and federal governments on this issue. It’s time for us to ban the bag at every level,” she concluded.

The Australian initiative contrasts sharply with the local scene, where both governments and retailers have been reluctant to begin reducing plastic bag usage.

The Green Party has been particularly vocal in pushing for change, citing WasteMINZ’s recent A Wasted Opportunity report, which examined the potential impacts of adjustments to the waste levy – a per tonne charge set by the government.

The report concluded that a higher rate would have a host of economic and environmental benefits for New Zealand.

The party’s environment spokesperson Denise Roche says the report confirms that National has squandered potentially up to 9000 green jobs, $500 million in economic benefits, and a cleaner environment for New Zealand.

“The amount of waste going to landfill has climbed by nearly 30 per cent through their term in government from around 2.5 million tons in 2009 to nearly 3.3 million today, with only 28 per cent of it being recycled,” Roche observes.

“WasteMINZ’s report highlights what we need to do: increase the charge on waste, diversify the types of rubbish we can charge it on, do more monitoring and better investment of the income levy.

“These policies will have plenty of economic and environmental benefits.

Making these changes will also create up to 9000 jobs and an estimated $500 million in economic benefits per year.

“Disappointingly, another report by the Ministry for Environment fails to endorse measures which would deal with the waste crisis.

“Rather than backing what industry experts and the community are saying – National is delaying action through proposing more investigation.

New Zealanders know that National isn’t delivering real leadership, Roche claims. “Ninety-three per cent of Kiwis believe that waste and recycling is an important issue and only 29 per cent believe that the government does a good job.”

She says the Green Party will bring real leadership to this sector by phasing in zero-waste targets, increasing the waste levy, and use the product stewardship scheme to reduce waste.

“New Zealanders deserve a government that will embrace green jobs and a clean environment.”

Roche is backed by a recent Canstar Blue survey, which revealed that for some the environment is more important than plastic when it comes to shopping bags.

This is not a new debate for New Zealand but continues to rouse a passionate reaction, says Canstar Blue spokesperson Emma Quantrill.

“Across the regions, generations and sexes, the response was pretty consistent so people are definitely thinking about the environment and the impact they have on it.

“It has been estimated that we manage to use in excess of 1.6 billion non-bio-degradable plastic bags every year.

“With a population of roughly 4.5 million people that works out at around 35 for every man woman and child in the country.

“These bags are then either dumped on the streets, taken to land fill or head out into our oceans where they cause irreparable damage to our marine life.”

The problems associated with single use plastic bags have been identified as a world issue, but unlike New Zealand many countries have already taken measures to either ban or attached levies to plastic bags.

Countries to already take action include but are not limited to:

Although there has been resistance to banning or charging for single use plastic bags in New Zealand, there are a number of measures in place encouraging us to reduce or replace our use of plastic bags.

One initiative launched in 2015 has a number of soft plastic packaging recycle bins placed outside supermarket and stores in major centres across the country.

Collectively this has resulted in over five tonnes of plastics (including bags) being collected every week.

“It is obviously a delicate balance between trying to satisfy the needs of consumers and protecting the environment we live in, but as awareness grows, the gap between the two is narrowing and our results show that there are a lot of people who ‘want to do their bit’,” Quantrill concludes.

More recently, New World has begun polling its customers as to whether they are willing to play five cents per bag, 10 cents per bag or continue paying nothing.

Proceeds from any bag charges instituted as a result of the poll would go to environmental or community causes.