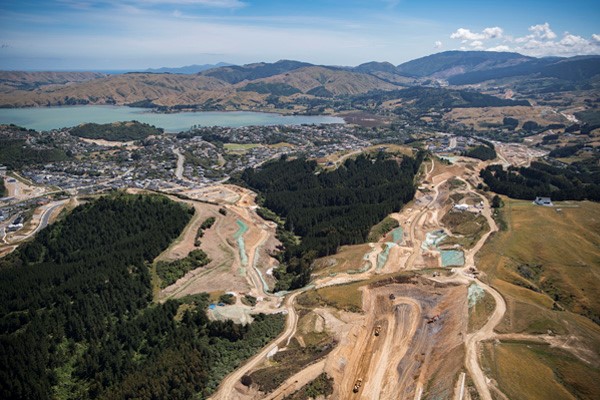 Transmission Gully has long been a dog of a project, says Greater Auckland’s Matt Lowrie.

“From it’s poor initial business case, to it being made a Public Private Partnership (PPP) that would see taxpayers forking out over $3 billion over the coming decades and then having cost blow out after cost blowout and a range of other issues,” he says.

“In August last year, then Ministers of Transport (Phil Twyford) and Infrastructure (Shane Jones) announced an urgent review of the project. That review was released and it’s damning for both the previous government and Waka Kotahi.”

A PPP is a long term contract between a client and a private sector consortium to design, build, finance and maintain an asset, with the client retaining full ownership of the asset, explains Infrastructure New Zealand Policy Director, Hamish Glenn.

“Bundling all these activities in one package for an asset lasting 30 years is extremely complex, so PPPs tend to be used for large projects where the benefits can be shown to outweigh the costs.

Seven PPPs have been signed in New Zealand. Each of the five operational contracts was delivered on budget for the Crown.

“The Government launched this review following concerns that the PPP model used to procure Transmission Gully had not performed as intended,” Glenn says.

“It’s important to note that Transmission Gully successfully passed all the value for money tests designed to protect the taxpayer from project time and cost overruns, or assets which do not meet essential community needs.

“But what the interim review shows is that there were several issues in the process, including that original cost estimates for the project were too low, encouraging bidders to seek out ways to reduce costs which did not necessarily provide best value, and that PPP project governance can be strengthened.

“It is important that these recommendations are quickly implemented to maintain confidence across the general public and industry that the model provides a viable infrastructure procurement option.

“PPP is one such way to leverage private investment to achieve public outcomes. The review recommendations ensure that PPPs continue to provide decision makers with a genuine option to deliver major infrastructure,” Glenn says.

Chief Executive of the New Zealand Infrastructure Commission, Ross Copland says they will implement the recommendations directed by the Minister for Infrastructure.

“The lessons learned from the Transmission Gully Interim Review will be valuable for future PPP projects and other major project procurement,” says Copland.

“It was noted in the review that Waka Kotahi had already proactively captured lessons learnt from Transmission Gully and applied those lessons to the Puhoi to Warkworth PPP project.

“The Major Projects and PPP Guidance, which we are currently updating as a result of the review, will allow us to give better advice on when the PPP model should be applied and provide tools on how to set up major projects for success.”

The review recommends that improvements be made in PPP procurement, including the setting of the price through the Affordability Threshold, the management of consenting risk, and the project governance structure.

“By international standards, Transmission Gully was always going to be a large and complex road project to both plan and deliver successfully,” says the review team.

“While we found there were good aspects of how the project had been managed at the planning stage, several aspects of PPP management during that stage could have been done better and addressing those identified issues earlier may have minimised or avoided some of the delivery issues that have been reported.”

Lowrie says it’s not surprising errors were made, given the PPP model was hurriedly pushed through for ideological reasons by then Transport Minister Stephen Joyce.

The report notes Waka Kotahi had just one month to convert a non-PPP project, with an existing consented scheme design into a design that could be compared against a PPP option. This meant they had to use a design that was less developed than what they would normally include in a procurement process.

“I recall speaking to a Waka Kotahi procurement manager at a conference at around the time this was all being set up,” says Lowrie.

“He told me that essentially all of the ‘innovation’ benefits PPPs are said to deliver can just as easily be achieved through an alliance model, like those used on projects such as Waterview and now the City Rail Link.

“Ultimately the only thing PPPs seem to deliver is a more expensive way of delivering infrastructure and great returns for the financial institutions lending the money to pay for it.

“It’s scary to think that despite all of the known issues with PPP’s, the current government were extremely close to pushing ahead with another one with the Superfund and their Canadian partners for Light Rail in Auckland.

“One thing that really concerns me about this whole saga is that many of those involved in creating these issues, and cost blowouts on other projects, are still in the organisation and in many cases now in even more senior positions.

“Worse still, the organisational structure means there is a ‘fox guarding the henhouse’ situation as those tasked with reviewing and approving funding for projects actually report to the people who create and design the projects.

“So while local government projects get put through the wringer, Waka Kotahi projects often get rubber stamped, both to keep colleagues happy but also so as not to annoy the boss.

“I do wonder if we need to go back to having transport funding decisions made by an independent agency,” concludes Lowrie.