Rail will now be funded from the National Land Transport Fund, the same pot used for road infrastructure and paid for by road taxes 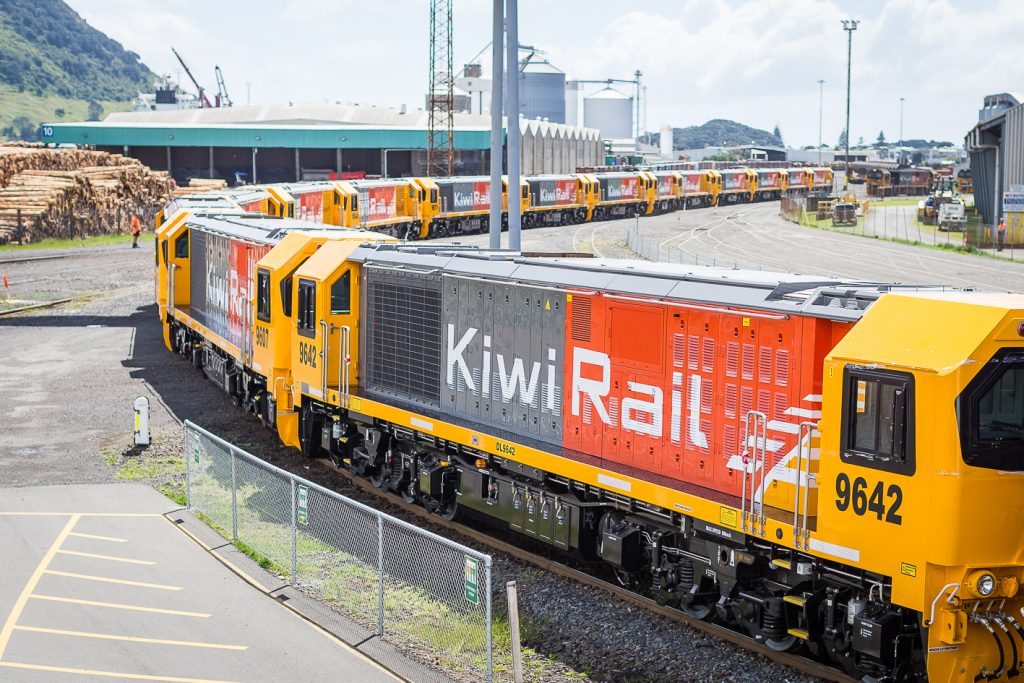 Rail provides $1.7 billion to $2.1 billion in value to New Zealand each year, according to an Ernst and Young report. The report shows that commuter rail saves 26 million car trips in Auckland and Wellington each year. Rail freight keeps 24,000 trucks off New Zealand’s roads and reduces transport CO2 emissions by around 2.5 million tonnes each year.

“Rail has an essential role to play in our transport system given increasing freight volumes, road congestion and road maintenance costs and the need to reduce emissions,” says KiwiRail Chief Executive Greg Miller.

“The beauty of the Rail Plan is that for the first time KiwiRail has certainty about investment in the network.

“For us, that means we can recruit staff and take on apprentices knowing that a 10-year pipeline of work is in front of us.

“It also gives us certainty about procurement because we know there will be investment in the network. The Rail Network Investment Programme (RNIP), which will be released mid-year, will set out the detailed work programme.

The RNIP will be the basis of funding requests through the National Land Transport Fund, which freight rail now has access to. This is the same pot used for road, walking and cycling infrastructure, funded by revenue collected from fuel excise duty, road user charges, vehicle and driver registration/licensing and road tolling.

“The change in the pot rail is funded from, coupled with the release of the Government’s 10-year NZ Rail Plan, should put us on track towards a longer-term sustainable pipeline of rail infrastructure work,” says Civil Contractors New Zealand Chief Executive, Peter Silcock.

“Our rail infrastructure has suffered from under-investment in recent decades, so the country’s capability and capacity to build and maintain rail has also been run down.

“In less than three years, the Government has announced more than $5 billion in rail investment, including investments in safety, locomotives, wagons and port freight rail connections.

“But the brakes have been on when it comes to seeing investment translate into long term projects because rail funding has, until now, been decided annually.

“If New Zealand is to go full steam towards new rail infrastructure, prospective workers need confidence there are long term opportunities in rail, and employers need surety that there is enough work on the horizon to warrant investing in training and developing workers, equipment and plant.

“The decision to make the National Land Transport Programme and Fund “mode neutral”, incorporating rail alongside road investment and walking and cycling investment, will help to ensure longer term thinking and go some way to providing the confidence industry need.

“However, it will also stretch the Fund further. The Government will need to consider how it can ensure the Fund is sustainable, particularly when its core funding mechanisms – fuel excise duty and road user charges – are being eroded by the move to electric vehicles.

“Coming up with a sustainable funding solution is a big question. We need answers soon if the Government is to guarantee the long-term viability of the Fund that is so crucial to the work we all do on our transport infrastructure.”