Two decades in the making, MainPower has started pre-construction site works for its $200 million Mt Cass Wind Farm, set to be the largest wind farm in the South Island 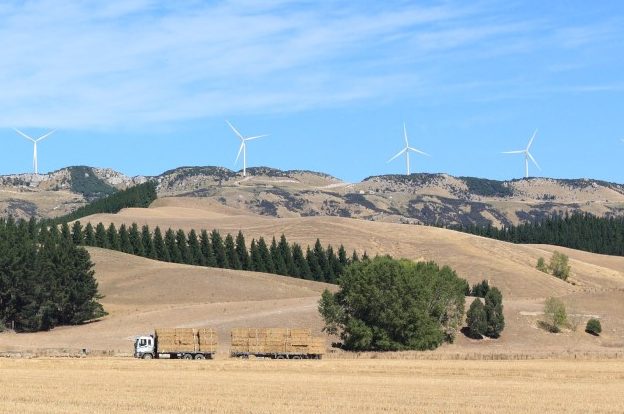 The Mt Cass Wind Farm will generate 93 MW when it is completed; enough electricity to power 40,000 homes. It will be the largest wind farm in the South Island and the largest community owned wind farm in New Zealand.

The wind farm was consented in 2012 after a thorough consultative Resource Management Act process.

Financial close and offtake arrangements are expected to be finalised by July 2020. Main construction will begin later in the year at the site and is expected to be completed by late 2021.

Mt Cass will be the first wind farm in New Zealand to use the latest technology General Electric turbines optimised for the Mt Cass environment and designed specifically for extreme conditions. The 22 turbines will be positioned along a 7.5km ridge on Mt Cass, about 5km from Waipara in North Canterbury.

“This long-term investment will provide sustainable economic benefits for MainPower shareholders, consumers and our community well into the future, irrespective of the everchanging demand and supply dynamics of the New Zealand electricity market. It will also assist in meeting the future energy requirements of our customers and play an important role in New Zealand’s journey towards resilience and the reduction of greenhouse CO2 emissions,” says MainPower’s Chief Executive, Andy Lester.

Pre-construction work includes final civil and electrical design work, as well as planning of the predator-free areas of native shrub and forest included in the 127 hectares of land to be protected as part of the project.

“During the coming months we will be working with all stakeholders including landowners, local community, iwi and the Department of Conservation to finalise the Environmental and Construction Management Plans,” says Andy Lester.

The Chairman of the MainPower Board, Tony King, explained, “This is a very exciting project for MainPower, North Canterbury and New Zealand. The MainPower Trust, board and executive team have been working on this for nearly two decades and we are delighted to announce this positive investment decision.”