New National Party leader Judith Collins today announced a $17 billion transport investment programme for the Upper North Island and signalled a future allocation of $14 billion across the rest of New Zealand, supported by the repeal of the Resource Management Act 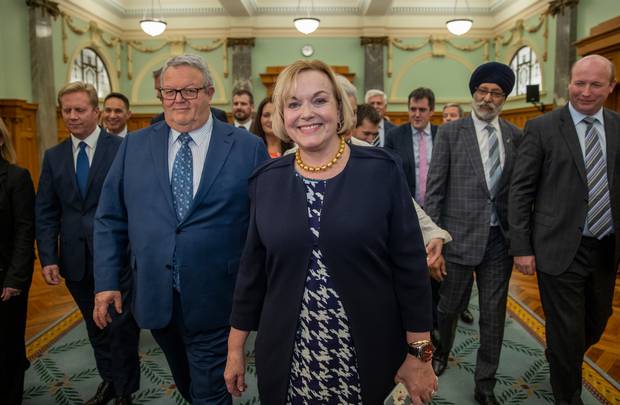 Collins says National would go ahead with everything Labour has said it will do in transport – with the exception of light-rail and the probable exception of the $360 million Skypath 2.

“National aims to connect Whangarei, Auckland, Hamilton and Tauranga with four-lane expressways – including tunnels under the Brynderwyn and Kaimai mountain ranges – to create a genuinely integrated region of 2.5 million New Zealanders.”

“National’s vision is to transform the four cities to be one economic powerhouse, unlocking their potential so the upper North Island becomes Australasia’s most dynamic region.”

Auckland’s rapid transit network would be completed, including rail to the airport and new busways. Its ferry network would be expanded to reduce congestion on road and rail. National’s Plan also includes new walking and cycling links as well as expanded park-and-ride facilities.

Collins also announced work towards an additional harbour crossing would begin immediately, with the intention of work beginning on the ground in 2028.

“National’s Plan is that the crossing should be a tunnel or tunnels, and be for both road and rail, and new public transport technologies that come on line.”

The projects will be sequenced over the next decade and beyond, but work will also begin immediately on $300 million worth of digger-ready projects in Auckland – and throughout the country in 2021 – to fix potholes, roundabouts, and crash corners.

Civil Contractors New Zealand Chief Executive Peter Silcock welcomes the 20-year horizon, saying that long-term vision will enable the development of a strong pipeline of work that will provide consistent employment and development opportunities for thousands of people.

“It is very positive to see such a strong commitment to the development of New Zealand’s transport infrastructure in the National Party’s transport funding plans released today.

“Major infrastructure projects span multiple political terms, and changes to projects on ideological grounds cause delays and escalate costs. These projects need consistency to efficiently get through the torturous process of planning, engineering, designing, consenting, procuring and constructing.

“We are very pleased to see most existing projects being supported. That will provide short- and medium-term confidence and continuity that we desperately need,” he says.

“This would create more consistency of work for civil contractors and everyday Kiwis, and a well thought-out and scheduled infrastructure development plan would enable the country to invest in people rather than importing skills from offshore for things like tunnelling, rail and the management of major infrastructure projects,” Silcock says.

“We now have the opportunity to get away from the boom bust cycle and provide consistent long-term career opportunities for a range of people including apprentices, machine operators and engineers. Let’s grab it with both hands.

“These are great projects that people want to work on. They will transform communities not just by creating transport connections but also through employment and skills development.”

“The $31 billion transport programme, covering both strategic roading and public transport, would be principally enabled by a $7 billion allocation from the $20 billion COVID response fund and the long awaited allowance of NZTA borrowing against National Land Transport Fund revenues.

“Not only would this borrowing lift NZTA’s spending capability, it would also mean that future generations pay fairly for the benefits they get from today’s investments.

“National have signalled that the new investment-led approach to growth management will be supported by the repeal of the Resource Management Act.

“The replacement of the RMA with separate environmental protection and strategic planning Acts is necessary to pivot New Zealand away from decades of effects-based planning which has failed to support growth and productivity.

“The commitment by National to repeal and replace the RMA dovetails with the ongoing review by the Randerson Panel.

“Wider resource management system reform which aligns planning and investment across central and local government is needed to achieve the kind of economic, social, cultural and environmental outcomes everyone wants.

“Delivery will be the key.

“RMA reform and transformational investment has been talked about for many years, but successive Governments have been challenged to overcome barriers within each three-year cycle.

“The next Government will need to rapidly move to reform key statutes like the RMA, Local Government Act and Land Transport Management Act, without losing momentum on projects needed to implement Government direction.

“A comprehensive project pipeline is a critical first deliverable for the next Government to ensure industry is ready and capable to meet future work demands.

“National’s announcements today are encouraging and we look forward to a healthy debate between all parties on the best way to fix the way we plan, fund and deliver infrastructure for a more successful New Zealand,” says Blair.