You are at:Home»All News»Environment»Insurance holds key to climate change adaptation
May 2, 2017 Environment

The extent to which climate change threatens New Zealand’s coastal housing will depend on insurance options available to homeowners, according to a new report 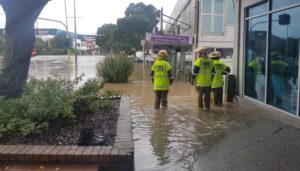 Possible policy solutions suggested in the report include longer-term insurance and developing rules for local government to handle at-risk properties.

“The report aims to highlight the need for a lot more research on this issue of sea-level rise and insurance of residential properties,” says co-author, Professor Ilan Noy, chair in the Economics of Disaster, Victoria University of Wellington.

“At some point in the future – time unknown – there are going to be thousands of properties – number, location and total value unknown – which will no longer be insurable by the private insurance companies.”

This may happen gradually or suddenly in response to a big event in New Zealand or elsewhere, he advises.

“Some precedents from here and abroad suggest the government may step into this market to replace the private insurers, but we don’t know whether and how that will happen – nor whether it should or what is the optimal way for that to be designed.

“We also don’t know how the costs will be allocated across the different levels of government.

Alternatively, Noy says, if the government does not intervene, the cost is likely to be borne mostly by the owners whose properties will not be marketable anymore – though some costs may still be borne by crown institutions like the EQC.

“There might also be legal developments that may change this allocation of costs, as was the case with, for example, the leaky homes issue.”

“This is exemplified by the Dunedin floods of June 2015,” he adds, noting that two other cities are on major rivers prone to flooding.

“Major decisions are required in coming years on whether central and/or local government protect, adapt or retreat from areas prone to sea level rise and flooding.”

The costs of protection are phenomenal, Salinger concedes. “A national strategy is required because of the land and housing at risk from storms and flooding.”

He notes that a national strategy for coastal adaptation has been developed in the Netherlands, due to the proportion of land at risk from sea level rise, and the government will not provide protection for new development in high-risk areas.

“Because of the magnitude of costs, and potential ability not to be able to cover with insurance, a national policy statement developed between central and local government is required to set policy on storm risk and flooding, especially due to sea level rise.”

Similarly, he adds, policies and law have been developed in the UK that set out how the authorities should manage the risks of flooding and coastal erosion.

Local solutions for flood risk have been developed as well as the funding of work on flood risk management. “All this is required for New Zealand.”

“They can either transfer risk to the crown or private property owners, or work in tandem to reduce the exposure to risk and deal with the legacy effects of past decisions at the coast and on floodplains.

The report is an important input to the work of the Climate Change Adaptation Working Group, whose stocktake of adaptation action to date is due to be reported to the Minister for Climate Change Issues at the end of May 2017.

“Insurance and finance are two parts of the adaptation policy landscape that will need to provide signals that reduce exposure and thus risk over the long term.

“This is preferable to insulating private and public decisions from the reality of climate change impacts which would increase the cost burden on individual home owners and the taxpayer,” she believes.

Lawrence says report puts the spotlight on the role that insurance and the finance sectors might play in the ongoing response to climate change impacts.

“The six high priority research questions identified will enable the Deep South Challenge to focus its attention on the issues that are relevant to decision makers.”

The six questions that research could address to make these transitions well-informed are: