New Zealand’s infrastructure is at a crossroads and needs to be a key focus in the upcoming election, Local Government New Zealand believes.

LGNZ’s election manifesto, to be released at its annual conference in Auckland next month, says the country’s infrastructure will need significant attention in the coming years. 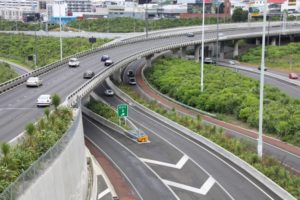 The manifesto calls for an incoming government to commit to a range of measures to help communities manage factors including population growth, tourism stresses, climate change and an approaching need to renew existing infrastructure.

LGNZ Vice President Dave Cull says infrastructure and how it is funded is a major theme running throughout the manifesto, LGNZ’s plan for a prosperous and vibrant New Zealand.

“Our roads, water pipes and sewage treatment plants are the bedrock of our communities, environment and economies, and we are at a point now where we need to take some significant decisions about how we ensure we continue to enjoy the benefits of our vital infrastructure,” Cull says.

The issue was also highlighted in the OECD’s New Zealand Economic Survey, which noted limitations on the ability and incentives for local governments to fund land transport and water infrastructure has restricted housing supply.

The report recommended enhancing councils’ incentives to accommodate growth, for example by sharing in a tax base linked to local economic activity and to apply user charging more broadly for infrastructure, including congestion charging.

Cull says the OECD echoes LGNZ’s own view and that it must be taken into consideration.

“The findings of the OECD confirm that local government needs alternative funding mechanisms beyond rates and debt to ensure we meet our infrastructure challenges.

“The OECD says our productivity is already being held back by poor housing infrastructure, if our other vital infrastructure is not up to scratch it will become difficult for the country to thrive in a rapidly changing world.”

In its manifesto LGNZ says to ensure infrastructure is properly resourced and fit-for-purpose for the future an incoming government will need to: