ROA is an analysis tool that has primarily been used in finance, but is increasingly used internationally in climate change adaption, particularly for infrastructure planning.

ROA presents investments such as new infrastructure projects as a journey. 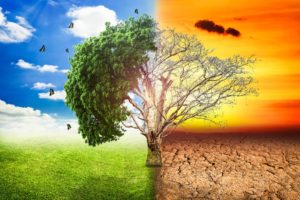 Along the journey, there are a defined number of decision-making points that are presented as the branches of a tree.

Climate change modelling data is used to create the possible scenarios/branches that follow through to a measured response.

On a 100-year investment, there would be several different decision-making points along the way that allow the investment to be customised to the situation.

This is opposed to a one-off irreversible decision that risks costly over-expenditure or under-expenditure if the project needs to be expanded or re-scoped.

Scion will be investigating water storage options for a catchment in Canterbury, whose primary industries are heavily reliant on a secure water supply.

Its team will be using ROA to set decision makers on a path to making more efficient water storage infrastructure investments.

Research programme leader Dr Anita Wreford says that ROA can be used for a wide variety of projects, from roading to flood management.

“For example, we know that over time the climate will change, but there is significant uncertainty around how and when.

“An increase in droughts and variable rainfall may lead to a need for more water storage so that it’s available when needed but the amount we’ll need to put aside is unknown.

“ROA allows the design to be adjusted or extended through a series of options over time, when the direction and magnitude of climate change has become more apparent.

“By making careful decisions that allow for a changing climate, this response can help to reduce the pressure on our rivers and aquifers.”

“This approach allows us to take climate change one step at a time.

“People have the opportunity to understand and plan for the most likely effects of climate change as they affect them.

“ROA can reduce some risks when making decisions in uncertain circumstances and that’s an empowering management concept.”

ROA has advantages over CBA in the context of climate change, by considering uncertainty and explicitly placing a value on flexibility.

It is not just policy makers that benefit from the flexibility of ROA, Wreford adds.

“People naturally use a simplified version of ROA in day-to-day decisions.

“Using it on a big scale will ensure that everyone in New Zealand benefits from safeguarding our industries.

“There are a number of challenges to using it here.

“ROA is extremely data intensive – and the probability analysis hasn’t been carried out in this context here before.”

This lack of existing data analysis will be a hurdle for Wreford’s team, but will ultimately benefit New Zealand by finding a way to use the data available.

The project will be run over the next two years, with funding from The Deep South National Science Challenge.

Scion will be working with experts from NIWA, Lincoln University and the University of Portland to undertake the study.