The awards, now in their fourth year, recognise and celebrate the key role local government plays within New Zealand communities.

Seventeen finalists for five awards have been named from 56 applications, with winners to be announced at the LGNZ conference dinner in Auckland on 24 July 2017. 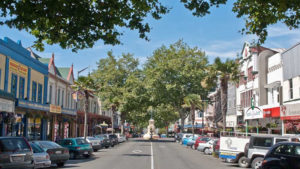 LGNZ President Lawrence Yule says local government plays an essential role in driving residential, community and economic activity throughout New Zealand and the finalists in the EXCELLENCE Awards showcased outstanding leadership being provided by councils throughout the country.

“Local government is at the centre of every community in New Zealand, helping shape the environment in which we work and play,” Yule says.

“Being named as a finalist is a great achievement and reflects the vision shown by councils and the innovative work being done by staff.

“The finalists include some exceptional projects that are having a profound impact on communities.”

The 17 finalists in the LGNZ Excellence Awards 2017 are:

For more information on the finalists visit lgnz.co.nz/news-and-media