Aluminium plays an important protective role in food packaging, however it requires a lot of energy to produce and it can be difficult to recycle 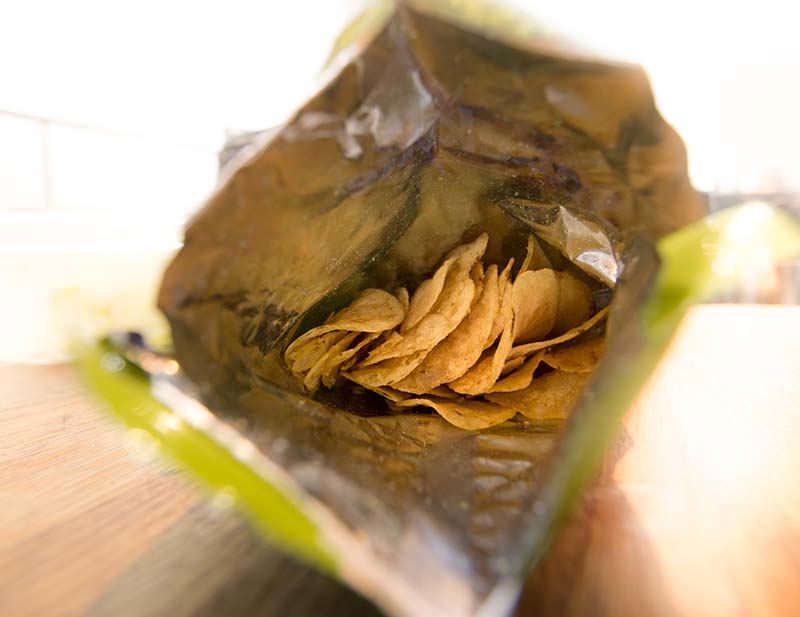 The crucial discovery has been made by Jiaying Li, who is working with the Dutch Advanced Research Center Chemical Building Blocks Consortium (ARC CBBC), in collaboration with the University of Twente, Wageningen University, BASF and AkzoNobel.

The research is focused on a new, recyclable coating to replace the type of “metallised” packaging (which blocks out oxygen) that’s typically used for products such as crisps and coffee.

Currently, this sort of packaging consists of several layers, each with its own function. As well as requiring a lot of energy to produce, it’s also difficult to recycle.

A process has now been devised which involves the smart combination of two water-soluble polymers (polyelectrolytes), resulting in all the functionality being delivered by one recyclable layer.

The next step in the research is to use bio-derived polyelectrolytes. These polyelectrolytes are 100 percent natural, extracted, for example, from shrimp shells or waste from the wood processing industry.

“The use of polyelectrolytes in the coatings industry is not new,” explains Andre van Linden, AkzoNobel’s Director of Coatings Technology.

“But these coatings are normally built up, step-by-step, so industrialisation of this method would be too complex, time consuming, expensive and impractical.

“However, the new one-step approach that’s being developed through the ARC CBBC means the use of polyelectrolytes is much closer to becoming industrialised.”

Li is a PhD student at the University of Twente. “Our initial results show that the coating has great potential for future use in packaging to protect food from oxidation.

“We’re also focusing on improving other properties, such as water resistance and strength.”

No organic solvents are used and the packaging would be easy to recycle.

“With the versatility of natural polyelectrolytes, we’re entering the era of becoming less dependent on synthesized polymers,” continues Li.

“In the end, the polyelectrolyte coating we’re developing might be less shiny, but it will serve the same purpose and make recycling much easier.”