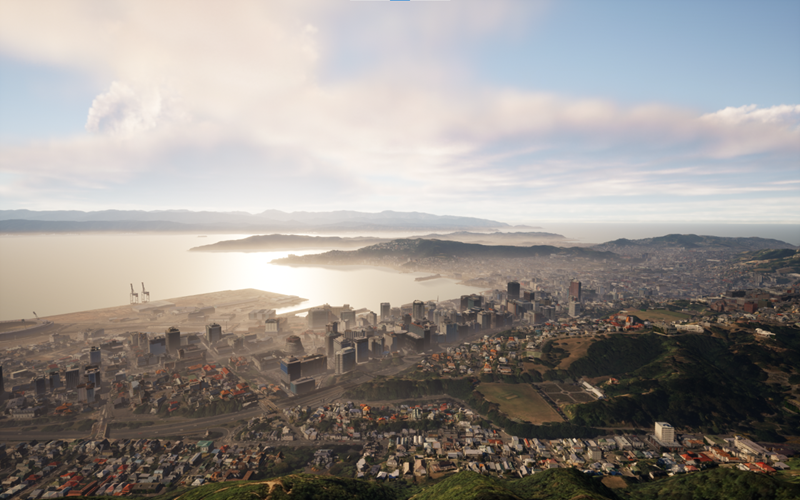 Bloomberg Philanthropies has announced the 15 winning cities of the Mayors Challenge, recognised for designing the boldest and most ambitious urban innovations that address current issues including economic recovery and growth, health and wellbeing, climate and environment, and gender and equality.

When the competition launched last year, mayors from 631 cities in 99 countries submitted their ideas. Fifty champion cities were chosen to continue the challenge, and now the overall winners have been selected.

Wellington’s winning project, a Digital Twin, is a virtual representation of the systems and things that make up the city, a 3D model brought to life through real time data from sensors and processes to help understand, communicate and make better decisions on how Wellington works and grows.

Wellington City Council Mayor Andy Foster is delighted the capital is one of the ‘first 15’ cities – and the only New Zealand city – to be named as a grand prize winner in the challenge.

“This award recognises the innovative spirit ‘down under’ despite the challenges of the pandemic and the climate emergency we’re facing. The city will use the prize to further develop our Digital Twin to visualise climate change impacts and explore adaptation options with scientists, mana whenua and residents in an easily accessible, interactive gaming-style format for all to use.

“Our success goes beyond Wellington’s boundaries; the open-source code we’ll use will be available for other coastal cities to access and utilise for their own purposes. This is a win for the capital, but also a win for the country!”

Work on developing the Digital Twin will be led by Wellington City Council’s Digital Innovation team and is expected to take three years to complete.

“As a coastal city that is highly exposed to climate change impacts, and with few options for relocating infrastructure, businesses and homes, it’s critical we enable evidence-based climate adaptation decisions in the next two to three years to respond to the climate and ecological emergencies declared by Council.

“We need new tools and engagement methods that allow everyone to understand the impacts, and to participate in co-creating a climate-resilient city.

“In our testing, climate scientists and residents highlighted a need for the community to be able to contribute localised data about their experiences with climate impacts and adaptation solutions. Through our engagement with mana whenua in the Bloomberg design sprint we included the evolution of topography and land use over time instead of just focusing on the present and future. This process also highlighted the opportunity for the tool to be used by indigenous communities to identify key locations of cultural significance.”

The project also aligns with the city’s goal of being a net zero carbon capital by 2050 and other city/region-wide initiatives including Planning for Growth, Paneke Pōneke (bike network plan) and Let’s Get Wellington Moving.

“Our winners offer bold, achievable plans that have the potential to improve millions of their residents’ lives – and the most successful solutions will inspire cities around the world to embrace them.

“The 15 winning cities will now enter a three-year implementation period with a US$1 million grant and robust technical assistance. During this time, the cities will evolve and scale their idea into a real-life programme to improve residents’ lives. Cities will also work to share their ideas with additional cities around the world to enable these tested innovations to spread.”

“Now these cities will pivot to the hard work ahead to implement these projects and collect lessons learned to help other cities adopt and spread their ideas.”