If any good can come from the tragedy of Russia’s invasion of Ukraine, it will be the birth of mass global decarbonisation and the death of the fossil fuels we are so reliant on – digital twins could be key in making that adjustment 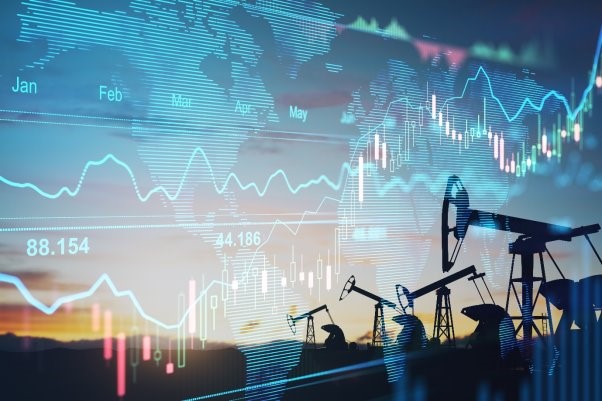 “Fossil fuels are a dead end” and the war in Ukraine has only highlighted how they have made the global economy and energy security so vulnerable, UN Secretary General Antonio Guterres says.

It is a problem solvable only by “prompt, well-managed transition to renewables”.

Europe has been hit particularly hard: 25% of EU oil imports and nearly 50% of its gas come from Russia and commentators note how profits from these have helped Russian leader, Vladimir Putin, amass the ‘war chest’ to finance his designs on Ukraine.

“When oil majors like Shell also renounce their links with Russia, that can only accelerate the process.

“In fact, Putin’s order to invade Ukraine underlines a notorious quote from an earlier Russian leader, Leon Trotsky, who said ‘War is the locomotive of history’.

“In this case it could be a powerful locomotive pulling and incentivising us to decarbonize even faster, with consequent massive savings and efficiencies within our urban environments.”

But how do we prepare for such a dramatic change, which could happen much sooner than we had ever prepared for?

This can dramatically cut emissions in buildings and parts of 10 major cities including Las Vegas, New York, and Phoenix over the next year, expanding internationally to 300 cities over the next five years.

Jansen says a SmartWorldOS Digital Twin of any building, infrastructure – such as a transport network or energy grid – or even a whole city, can identify many ways to streamline and transform the energy resilience of our built environment.

“ABI Research forecast Digital Twins for urban planning would yield $280bn in global cost savings by 2030, while Ernst and Young reported Digital Twins can reduce carbon emissions in urban areas by 50-100%, cut operating costs for building asset owners by 35% and boost productivity by 20%.

“Digital Twins can use data sensors in the physical world, to create what we define as our Real-World Metaverse where we can, in turn, track, simulate and monitor our own world and massively drive down the use of energy.

“This has huge applications for oil and gas, energy transition, buildings and infrastructure, but a Cityzenith Digital Twin Real-World Metaverse can have its greatest success with cities, urban areas, and even individual buildings.

“This is crucial when cities contribute 60% of greenhouse gas emissions while consuming 78% of the world’s primary energy.”

Jansen also spoke about Cityzenith’s pioneering carbon offset project to protect regions like the Amazon rainforest – often called the ‘Lungs of the World’.

This will use Digital Twins to enable the forest’s vital CO2 cleansing to be monitored, maintained, and harnessed by countries like Brazil as a carbon asset rather than be further cut down for agriculture and other uses.

“Decarbonization of the built environment is a key metric for Digital Twin technology, and its ability to link financial incentives like carbon credits will massively accelerate adoption by building asset owners because we have made it self-financing.

“We aim to harness a ‘dynamic duo’ – highly advanced nano sensors and Digital Twin technology – to monitor density, height and emissions and protect the rainforest in real-time, whilst allowing building asset owners to trade carbon credits/offsets internationally and reward our farmers for their support.

“Carbon credit buyers then know that newly planted or established trees are not simply felled after the credits are bought. A secure market builds trust and certainty – massively important to credible buyers.”