In the past year alone, Canterbury, Westport, Napier, Taranaki and now Auckland have been hit with severe floods, something experts say will only become more common as global warming starts to take effect 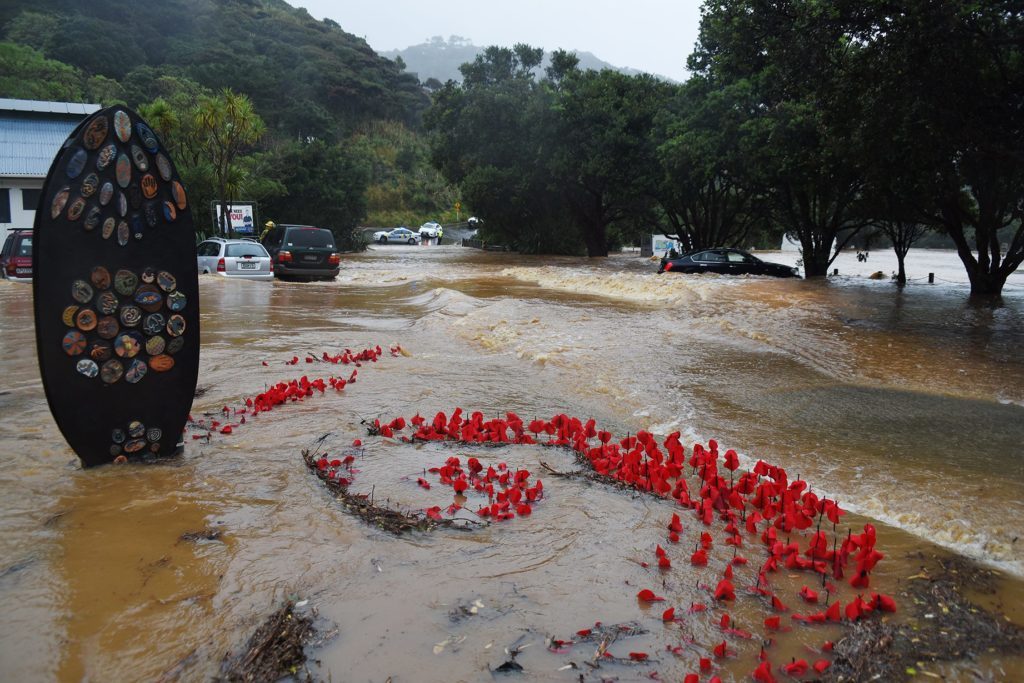 Over 200mm of rain fell in some areas of Auckland overnight this week, causing fifty homes to be evacuated, with people trapped, and cars being swept away due to flooding. The massive storm and floodwaters come as the city enters at least another two weeks of Covid-19 Level four lockdown.

“The event happened as a double whammy because of the current lockdown, which makes it especially hard,” says NIWA’s Dr Emily Lane.

“Imminent risk to life from flooding does over-ride the level four restrictions but it is sensible to do it in ways that maintain physically distancing as much as possible so that it doesn’t exacerbate the pandemic further down the track.

“These sorts of cascading hazards – where one hazard happens on top of another, potentially compounding the effects of the two – are also likely to become more common with climate change and often it is those that are already most vulnerable that are hardest hit.”

“As air warms, its capacity to hold water increases at the Clausius-Clapeyron rate – approximately 7% per 1˚C,” Noll explains.

“Because warmer air can hold more moisture, this allows more evaporation from the oceans. Because of this, with climate change, we expect downpours will become more intense. More intense downpours make flash floods more likely.”

Lane says while this most recent event fell in Auckland, these heavy rainstorms could happen anywhere around Aotearoa.

“It is the same story that we saw in Canterbury and Westport earlier this year, or in Napier and Taranaki at the end of last year.

“Intense rainstorms like this are going to become more frequent and more intense as climate change progresses.”

Lane says we are already locked in to some amount of warming but the future could be much worse if we don’t act now.

“We need to both mitigate the future effects of climate change by reducing our carbon footprint and also work with at-risk communities to help them adapt and cope with the effects of flooding and other climate change impacts in ways that are fair and equitable.”