New Zealand has one of the largest areas of ocean in the world, but the Ministry for the Environment’s report for 2019 has identified four priority issues for the marine environment 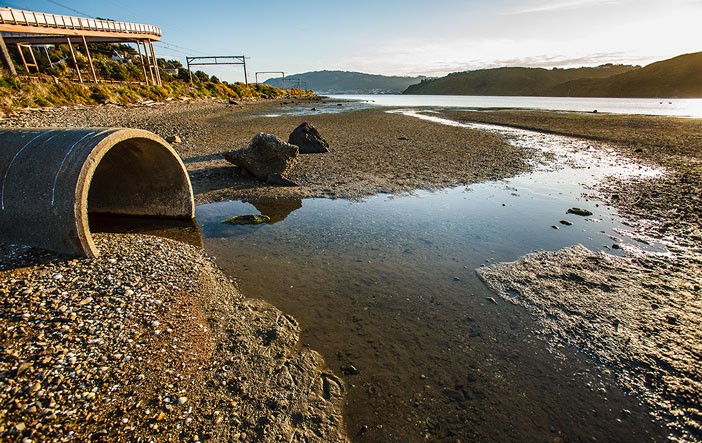 Te moana, the coast and oceans of Aotearoa New Zealand, are central to our identity and intertwined with our history – we are a maritime nation.

For Māori, te moana is a source of whakapapa. In te ao Māori (the Māori world and worldview) the mauri, or life force, of a healthy moana enhances the mauri of those who interact with it.

Our marine landscapes and habitats are diverse, supporting complex ecosystems and many unique species.

The marine industry added $7 billion to our economy in 2017 and employed more than 30,000 people.

Issue 1: Our native marine species and habitats are under threat

There has been a decline in biodiversity, and habitat condition and extent, as a consequence of our activities.

Why this matters: Declining marine health makes our coasts and oceans less resilient to disturbances, including climate change.

Read more: Issue 1: Our native marine species and habitats are under threat

Issue 2: Our activities on land are polluting our marine environment

Our activities on land, especially agriculture and forestry, and growing cities, increase the amount of sediment, nutrients, chemicals, and plastics that enter our coasts and oceans.

Why this matters: Pollution affects our ability to harvest kaimoana, swim, and fish in our favourite local places.

Read more: Issue 2: Our activities on land are polluting our marine environment

Issue 3: Our activities at sea are affecting the marine environment

Our activities on coasts and in oceans like fishing, aquaculture, shipping, and coastal development, provide value to our economy and support growth.

Bycatch: The accidental capture (bycatch) of seabirds and marine mammals is decreasing but remains a significant pressure on some populations. Seabird deaths in the 2016/17 fishing year were estimated at 4,186.

Why this matters: Most of our activities in the marine environment tend to increase in intensity towards the coast. On top of the pressure from coastal development, this results in coastal environments being most impacted. Coastal waters tend to hold the greatest diversity of species.

Read more: Issue 3: Our activities at sea are affecting the marine environment

Global concentrations of atmospheric greenhouse gas are increasing because of activities like burning fossil fuels for heat, transport, and electricity generation. This is causing unprecedented change in our oceans.

Marine heatwaves: An unprecedented marine heatwave occurred in the Tasman Sea and near the Chatham Islands from November 2017 to February 2018 during our hottest summer on record.

Why this matters: Warmer seas affect the growth of even the smallest things in the ocean like plankton which can impact the whole food web. Some temperature-related changes in individual species and fish communities have been observed.

Roads, bridges, coastal communities, and habitats are at risk from flooding and sea-level rise.

Issues are not isolated, but build on each other and cause more harm

The pressures associated with biodiversity loss, our activities on land and at sea, and climate change have interacting effects on coasts and oceans.

The ability to report on the impacts of changes on species and habitats in the marine environment is often limited by a lack of baseline data, understanding of tipping points, and connections between domains.

Working together across mātauranga Māori and other science disciplines is improving our holistic, place-based knowledge that is crucial in understanding cumulative effects.

For Māori, the whenua and moana are inextricably linked and there is a complement or balance for everything on land in the oceans.