Robots are performing complex quality control tasks at waste management facilities that are usually done by humans, with surprising results 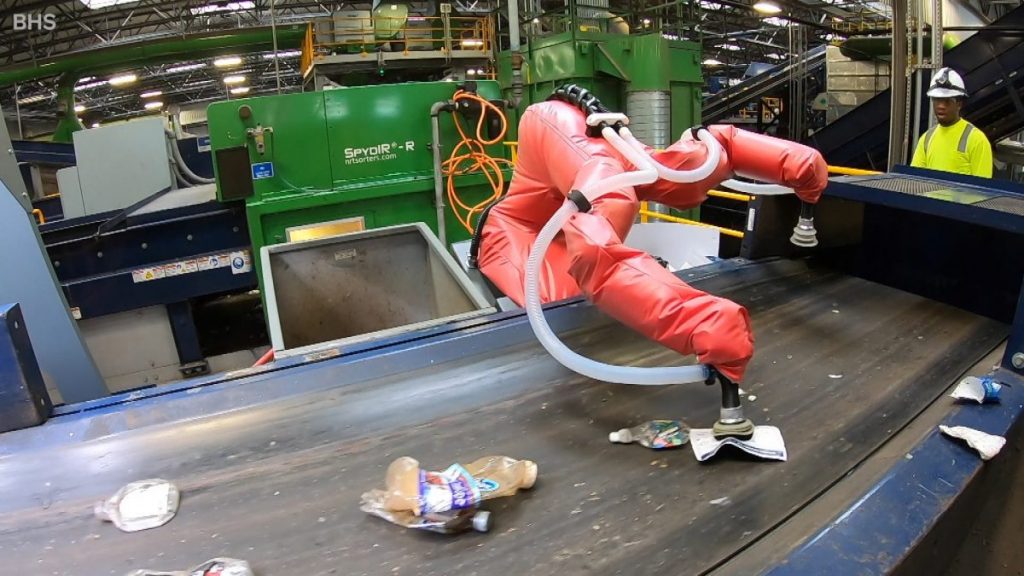 Humans have enlisted nearly 100 AI-powered robots in North American to come to the rescue for something humans are terrible at: recycling.

Even when we try to do it right, we’re often making things worse; About one out of every four of the things people throw into the recycling bin aren’t recyclable at all.

All those misplaced greasy pizza boxes (not recyclable) and clamshell containers tossed in with the plastics, have imperiled an industry that was never really that effective in the first place.

Only a small fraction of the over 2.1 billion tons of the garbage the world produces each year gets recycled – about 16%.

And even that small sliver has gotten smaller over the past year.

For decades, the US sold more than half of its recyclables to China – mostly plastics to be melted into pellets, the raw material for making more plastic.

“They started shipping more and more stuff to China, often contaminated dirty plastics or mixed too many mixed goods,” said Kate O’Neill, a UC Berkeley professor and author of “Waste.”

Around a quarter of the shipments China received had to be hand-processed, buried in landfills, or incinerated.

So the Chinese government declared that bales could contain only up to half a percent of things that contaminated them, like food wrappers or a dirty jar of peanut butter. US consumers and recycling centers couldn’t keep up.

Today, a handful of start-ups are testing out new technology to make recycling sustainable.

AMP Robotics is an artificial intelligence and robotics company that aims to change the way we recycle.

Founder of AMP Robotics, Matanya Horowitz said “the situation with the Chinese export markets have actually been good for [the company].”

Foto: Robots use artificial intelligence to sort through recyclables.sourceBHS

AMP Robotics is rolling out its latest model: a “Cortex Robot” that uses optical sensors to take in what rolls by, and a “brain” to figure out what his “hands” should do with something – even if it looks different to anything he’s seen before.

At least four companies are rolling out similar models, in the hopes of turning a profit from the US’ growing piles of hard-to-sort recyclables.

And investors are taking notice. In November 2019, AMP Robotics announced a $16 million Series A investment from Sequoia Capital. 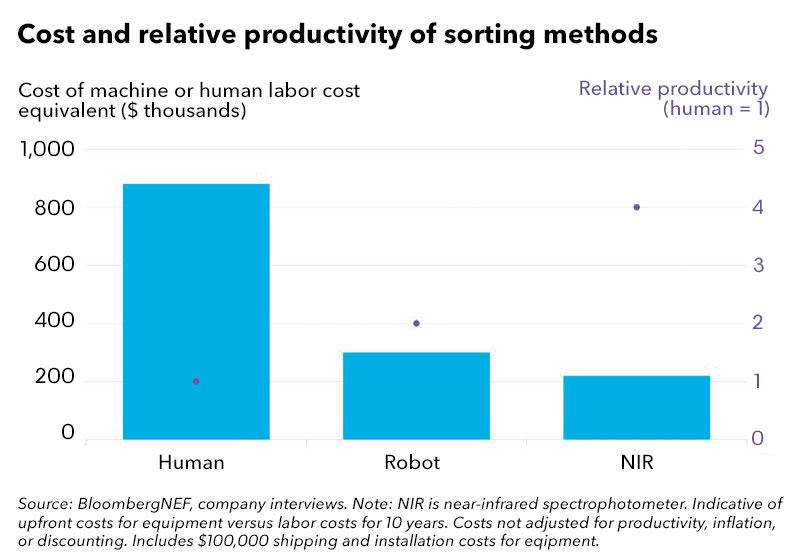 China is helping its own citizens get better at recycling

But what about helping humans get better at choosing what to put in their recycling bins in the first place?

New policies in Shanghai are one of the first steps in China’s push to solve its waste problems.

This past summer, citizens will face fines and what are called “social penalties” if they don’t sort things properly.

One trash sorting volunteer said, Shanghai started the test run on June 24. “It was very hard for us at the beginning. Everyone was busy, people didn’t know how to sort,” the volunteer – who requested to be unidentified – said.

“At first we had some hard times,” said Shanghai citizen Zhaoju Zhang. “The most difficult part was how to differentiate between dry and wet trash. It was so complicated that we all got confused.”

“If it’s something that is confusing whether it’s dry or wet trash, we can just scan the item and get the answer,” Zhang said. 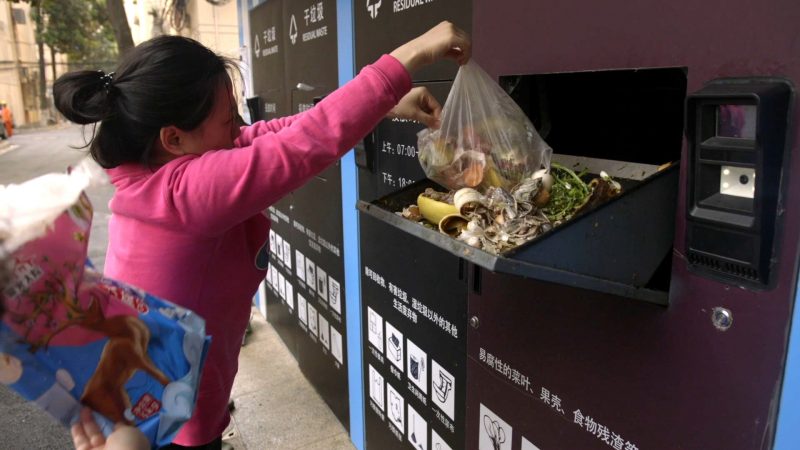 But not everyone has access to AI to help parse the new rules, and many complain that complying is tough, and punishments are too harsh.

Kate O’Neill said the new laws are having a “massive cultural impact” and there are “some concerns about how draconian it is, but it’s too early to really tell the results. But it certainly has seems to be a massive culture shift.”

This kind of cultural shift in how we throw things away would be challenging in the US, where the average person produces twice as much trash as a Chinese citizen.

But experts warn that rethinking the way we deal with garbage is essential, and AI technology offers a promising way forward.

It’s even possible for it to identify who created a piece of trash in the first place.

Horowitz explained that robots are able to learn the features of materials. They are able to sparse whether a material is cloudy or opaque. AI robots may even be able to identify symbols of specific brands. All of these abilities help the robots like Max narrow down the source of contamination and what to do with it.

Last year, over 250 companies signed a MacArthur Foundation agreement pledging that 100% of plastic packaging will be easily and safely reused, recycled, or composted by 2025.

CEO of SC Johnson, Fisk Johnson, said in an interview, “We’re a family company, and we have a very long-term view, and business has to be part of the solution.”

Whether or not they make good on this pledge, AI will be quietly watching, and gathering data on the packaging these brands continue to use.