On International Women’s Day, work-based learning organisation Competenz is calling for more women to enter the trades and redress the gender imbalance and pay inequity 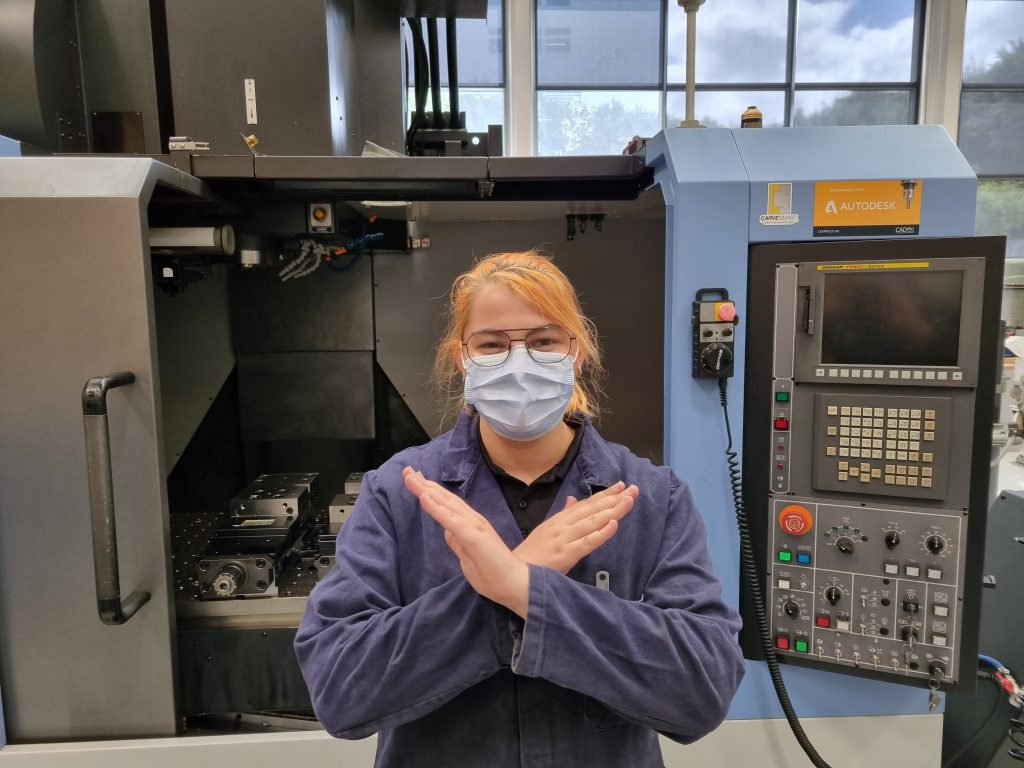 Mechanical engineering apprentice Jadzia Pyne joins the #breakthebias movement for International Women’s Day next week, calling for more women to consider a career in the trades.

While there has been a gradual shift with more women taking on a trade apprenticeship or training, it’s a slow burn and only 12% of trade jobs across all industries in New Zealand are held by women.

Competenz General Manager Employer and Learner Support Toni Christie says women are still significantly under-represented in the trades, and that there are several barriers still in place for women who want to embark on a trade career.

“I believe the biggest barrier is the opinion held by many that the trades are for men and the lack of knowledge about the opportunities that exist within trades for women. There is a real opportunity for more employers to be willing to create suitable working environments for women as often women feel they must adapt to the male-dominated culture that exists in a business.

“When I started my career 28 years ago, I worked at a large oil company, which was a predominately male-dominated industry. I was a business advisor to the independent service stations, a role historically not held by a woman. I came up against a huge amount of resistance from the service station owners who felt uneasy about a woman holding the role. As a consequence, I felt I had to continually prove to myself and to the customers, that I could excel in the role. In the end I was successful and believe it contributed to paving the way for more women to take on these traditional ‘male’ roles.

“With hard work and determination, I had to overcome barriers I felt simply should not have existed.”

“Currently women make up 14% of apprentices and trainees across the sectors we promote – above the national average of 12%. While the employers we work with are training more women in trades, we have an enormous amount of work to do to encourage more females into a rewarding trades career.

Jadzia Pyne is half way through her Fitting and Machining engineering apprenticeship and works at Auckland University’s machining workshop. She is the only woman at her workplace.

“Engineering is traditionally a male dominated industry and while my workplace is very professional and respectful of me as the only female, I do experience discrimination often from visitors at work. It could be weird looks from visitors who are surprised to see a woman on the tools, or assumptions that I work in the office,” she says.

“I was the only woman in my engineering class at school and now the only one in my workplace where I’m training. It can be challenging when there aren’t any other women around to support you but I see myself as someone carving out a path for other women to join me and pursue a trade,” she says.

International Women’s Day is also focusing its lens on gender pay inequity, which in New Zealand still sits at 9.1%.

“It saddens me a gender pay gap still exists. Historically factors such as education and industries that men and woman work in drove the gap, however today I feel it is much more complex with conscious and unconscious bias at play. I think the solution is complex and addressing the gap requires sustained action over time, including changing societal attitudes and beliefs about woman and men, and work,” Toni adds.

Attracting more women into the trades is essential to address the skills and labour shortage, and there is great opportunity for building great careers in these industries.

“Educating women on the opportunities is the first step. I have had many conversations with owners of engineering businesses who say the women’s attention to detail is outstanding – and as such make fantastic fabricators – and have a hugely positive impact on workplace culture.

“I have always held the opinion that “women can do anything” and have never been one to shy away from roles or situations which went against this thinking. International Women’s Day is a celebration of creating a world that is diverse, equitable and inclusive and that is exactly what we have to do for women in trades!”