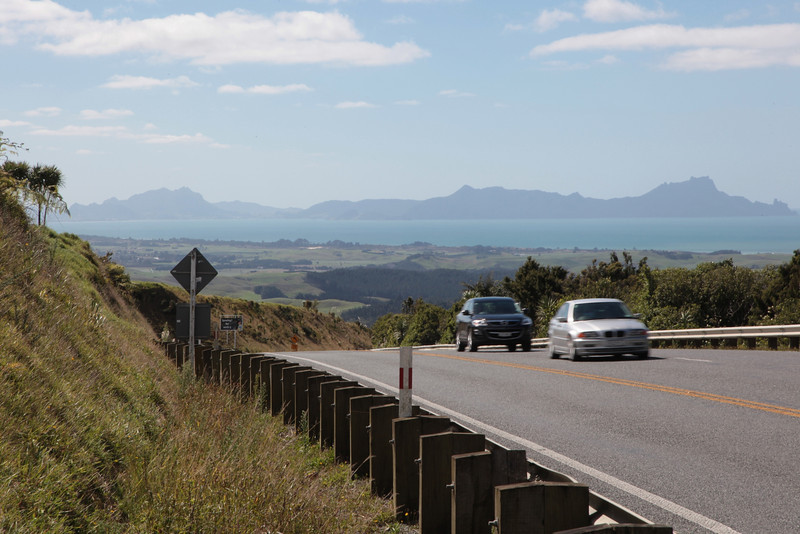 If elected in September, National will spend $31 billion on additional transport projects across New Zealand in the next 10 years with plans cemented for a further 10 years.

The incumbent Labour Party appears to have been caught a little flatfooted and a revised version of its three-year-old transport infrastructure plan can be expected soon.

Of the $31 billion an elected National Party would spend, $17.5 billion will be on additional transport projects in the upper North Island.

This includes $12.8 billion for Auckland and it 1.6 million population and $4.7 billion for the remainder of the upper North Island including Northland, Waikato and the Bay of Plenty which, with Auckland , account for a bit over half of New Zealand’s population (and voters).

“National’s commitment to reforming planning and transport investment is welcome and, if supported by effective and timely delivery, could be transformational for New Zealand,” says Infrastructure New Zealand chief executive Paul Blair.

A key plank in National’s infrastructure policy is replacing the Resource Management Act (RMA) with an Environment Act and a Planning & Development Act, closely aligned to the models adopted by South Australia and Scotland.

Blair agrees. “RMA reform and transformational investment has been talked about for many years, but successive governments have been challenged to overcome barriers within each three-year cycle.

“The replacement of the RMA with separate environmental protection and strategic planning acts is necessary to pivot New Zealand away from decades of effects-based planning which has failed to support growth and productivity,” he says.

“These projects need consistency to efficiently get through the torturous process of planning, engineering, designing, consenting, procuring and constructing,” he says.

Blair reckons the next government will need to rapidly move to reform key statutes like the RMA, Local Government Act and Land Transport Management Act, without losing momentum on projects needed to implement government direction.

Party leader Judith Collins pledged to work with local government to make existing RMA procedures more efficient, “but we will also legislate to advance projects if necessary,” she warns.

Wider resource management system reform which aligns planning and investment across central and local government is needed “to achieve the kind of economic, social, cultural and environmental outcomes everyone wants, according to Blair.

Silcock says the 20-year horizon will enable the development of a strong pipeline of work that will provide consistent employment and development opportunities for thousands of people.

Still, Collins says National is committed to progressing current projects like those in the Auckland Transport Alignment Project or underway within the upper North Island now. Except, that is, for the light rail project in Auckland, funding for which will be reallocated to upper North Island priorities.

The party was “sceptical” about the current incarnation of the $360 million Skypath pedestrian and cycle route on the Auckland Harbour Bridge and says it has better ways for cyclists and walkers to get across the harbour.

“We are very pleased to see most existing projects being supported,” says Silcock. “That will provide short- and medium-term confidence and continuity that we desperately need.”

An expressway between Whangarei, Auckland, Hamilton and Tauranga would be completed “sometime in the 2030s and would include tunnels through the Brynderwyn and Kaimai mountains,” says Collins. “Motorists would be charged a “small toll” to use the roads.”

National claims it would fund the projects over many years by tolling some of the new roads, but admits the headline catching Brynderwyn and Kaimai tunnel projects are not included in current budgets.

Collins sidesteps the issue by referring to tolls and the fact that the projects fall outside the current policy parameters, being set for more than 10 years in the future. Opposition pundits reckon it is a $6 billion hole whenever it occurs.

“These are great projects that people want to work on. They will transform communities not just by creating transport connections but also through employment and skills development,” says Silcock

“We now have the opportunity to get away from the boom bust cycle and provide consistent long-term career opportunities for a range of people including apprentices, machine operators and engineers,” he claims.

Collins says the National Party would improve and extend Auckland’s commuter rail system to the north Waikato town of Pōkeno from 2024. “That will then allow the possibility of proper commuter rail to Hamilton to be considered.”

“The intergenerational approach will let the NZTA borrow significantly more on its own balance sheet, using the $4 billion annual revenue from fuel tax and road user charges, to service the debt,” the party says.

“National’s plan is close to being fully funded, at least in the current meaning of the term where debt is free and counts as fully funding something,” says Infrastructure NZ Policy Director Hamish Glenn.

The plan allows NZTA to borrow $1 billion per year for 10 ten years to fund new investment in transport infrastructure, which the party says “allows us to properly develop a pipeline of projects around the country and invest ahead of time rather than after an investment is needed,” says Collins.

“Not only would this borrowing lift NZTA’s spending capability, it would also mean that future generations pay fairly for the benefits they get from today’s investments,” says Blair.

“A comprehensive project pipeline is a critical first deliverable for the next government to ensure industry is ready and capable to meet future work demands,” he says.

Finance Minister Grant Robertson says the reallocation would require the cancellation of projects as the $6.2b in the National Land Transport Fund and $3.9b in the NZ Upgrade Programme was already allocated to the multi-year capital allowance.

“They are cutting Auckland’s transport funding but not identifying which projects will go. The axe is hanging over projects like Skypath that Aucklanders want and that will create jobs in the next year, in order to fund projects that are over a decade away,” he says.

Share. Twitter Facebook Google+ LinkedIn Email
Previous ArticleShovels at the ready, but where’s the work?
Next Article The beginning of the end for fossil fuels in New Zealand