Transport minister Simon Bridges has welcomed the NZ Transport Agency’s announcement that it has awarded the contract for construction of the $330 million Peka Peka to Ōtaki Expressway to Fletcher Construction. 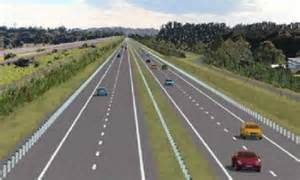 The Expressway will be a 13km, four-lane highway that runs along the existing State Highway One route from Peka Peka Road to Te Horo, and an eastern bypass of Ōtaki. Major construction will begin in mid-2017.

“This is a long awaited project for the Kapiti Coast and Wellington region and I’m sure these communities will be pleased to see construction on this important route start next year,” Mr Bridges says.

It forms part of Wellington Northern Corridor, one of the Government’s Roads of National Significance, which runs between Levin and Wellington Airport.

“The high standard expressway will result in more reliable, safer and efficient travel to and from Wellington through the Kāpiti Coast, and will continue to support economic development in the area.

“We’re committed to ongoing infrastructure investment across New Zealand, and that means more jobs with this project expected to create up to 500 jobs in this region alone,” Mr Bridges says.

The Expressway is expected to open to traffic in 2020.