The new Housing and Urban Development Authority (HUDA) will help the government cut through red-tape to deliver urban regeneration in our largest cities, an infrastructure expert believes 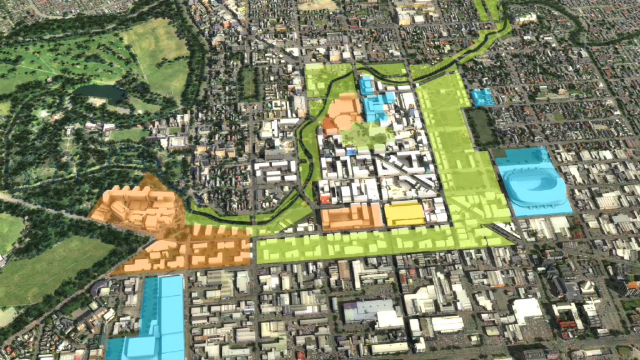 The government has announced that it will consolidate Housing New Zealand, HLC and KiwiBuild into a new fit-for-purpose urban development authority with powers to zone and deliver new communities.

“This initiative is desperately required to cut through an existing local government, planning and funding system which is no longer fit for purpose,” Selwood says.

“The Resource Management Act’s effects-based approach to planning and consenting infrastructure and development has not only failed the environment but tipped the balance of decision making too far in favour of existing land uses and prevented New Zealanders from access to housing.

“Councils are restricted by the laws in which they work and by constraints on funding and borrowing. Their world view also reflects the boundaries of their territory and responsibilities.”

Selwood believes HUDA will be in a better position to manage wider and more complex national challenges around growth management, homelessness and cumulative environmental impacts, to name but a few.

“Like the government’s new infrastructure body, HUDA will have the capacity to integrate across agencies to ensure we deliver not just individual services, but communities and public outcomes,” he notes.

Minister Twyford has described HUDA as being a market-facing agency, Selwood adds.

“This is fundamental as commercial expertise in urban development and the ability to work with private land owners, developers and infrastructure providers will be key to success.”

HUDA will be critical to light rail’s success in Auckland and Wellington, Selwood maintains.

“Without rapid intensification along light rail corridors, demand for services will be insufficient to justify investment.

“However, HUDA will not be able to deliver a functional housing market on its own.”

Selwood says that to deliver housing that is affordable on New Zealand wages and salaries, policies like Auckland’s Rural Urban Boundary must be changed to enable new development at scale in greenfield locations.

“Rural land prices need to be leveraged to pay for infrastructure while delivering homes under $400,000, not captured by a dysfunctional approach to zoning and growth management which sees new sections alone cost more than this,” he argues.

The government’s announcement two weeks ago of the Milldale development enables new infrastructure to be funded and financed away from councils, thereby relieving existing residents from concerns that they are subsidising growth.

“The next logical step is for the government to work with councils and the private sector to acquire greenfield land at scale in suitable locations, rezone it for development, deliver the infrastructure and capture the value uplift to deliver affordable houses,” Selwood predicts.

“Major developers with an eye on building new homes at scale and pace to crack the housing crisis will now be keenly awaiting access to competitive land at prices New Zealanders can afford, consistent with the government’s Urban Growth Agenda.

“With both brownfield and greenfield policy reform effected, our cities will be able to grow fairly, affordably and sustainably and the government can in 2019 turn its attention to the ultimate solution to the problem – reforming New Zealand’s unworkable local government, infrastructure funding and planning system,” Selwood says.