The collapse of a Mexico City bridge which killed 25 people prompts us to look at our own bridges, many now handling loads they were not originally expected to carry 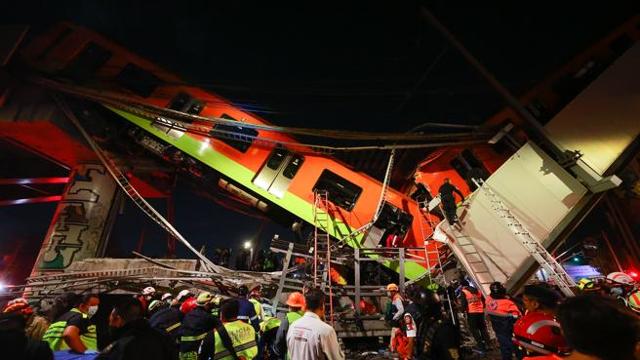 Government infrastructure spending boosts may provide a welcome opportunity to upgrade many of Australasia’s 57,000-plus bridges, some of which are in sore need of maintenance.

The opportunity for maintenance is particularly significant for Australasia’s local roads network, involving some 30,000 bridges in Australia, most small to medium, many built before 1950, and some before the turn of the century. There are also the 4200 for which the NZ Department of Transport is responsible, including 185 of which are single lane and the oldest of which, the Waianakarua South River Bridge, in North Otago, which was built in 1868.

“Public authorities who manage most of these typically smaller bridges have long been aware of the problem facing our road transport infrastructure, but haven’t had the funds to do the work they would like to,” says Hercules Engineering Manager, David Booty.

“Now they have the opportunity to list their preferred projects with the Government so as to extend the safety and lifespan of assets.”

Booty has more than 40 years’ experience in the assessment and life-extending renovation of bearings supporting public and private concrete and steel bridges and accessways, accommodating changing loads and demands upon them.

He says the engineers responsible for bridge management would often like to do such work for safety and productivity reasons, knowing that trucks and utility vehicles of all types today are a vital link in our rural and urban infrastructure.

“But many of the larger trucks out there today weigh far more than the 30-odd tons that was considered appropriate for short-to-medium bridges up until the mid-70s.

“And not only are all vehicles generally heavier – cars, utes and trucks – but also the number of individual vehicles on the roads has increased vastly since then. This adds considerably to the changing loads and vibration resulting from generally bigger vehicles and more of them.”

Booty says climate change also has to be factored into sliding bearing design, because the rates of heat and cooling expansion and contraction in a bridge structure have to be planned into structures decades ahead.

“All bridges are an expensive asset with a finite lifespan, so it is common sense and safety planning to factor in the foreseeable,” says Booty.

The challenge facing builders and operators of thousands of smaller bridges and aqueducts throughout Australasia is ensuring how concrete and steel structures can flexibly, quickly, and cost-efficiently cope with internal movement and stresses caused by changing loads, vibration, thermal expansion, and other common attritional factors.

The ability to provide cost-efficient and maintenance-free solutions to such issues is especially important to road and pedestrian access projects demanding high safety.

In addition to public bridges handling road transport, such structures include private assets, such as those providing supply, exploration and service routes to mining, energy, oil and gas projects, where movement within access structures is caused by factors such as climate, changing uses and delivery of plant including conveyors, motors, turbines and reticulation systems.

Hercules Engineering provides cost-efficient sliding joints and bearings to help protect and extend the longevity of buildings and industrial structures in Australasia, the Asia-Pacific and Africa.

The company has provided long-lasting product for use in structures as diverse as the Sydney Opera House, the Hang Seng bank in Hong Kong, Australia’s New Parliament House in Canberra and the world’s largest copper mine, Kansanshi, in Zambia.