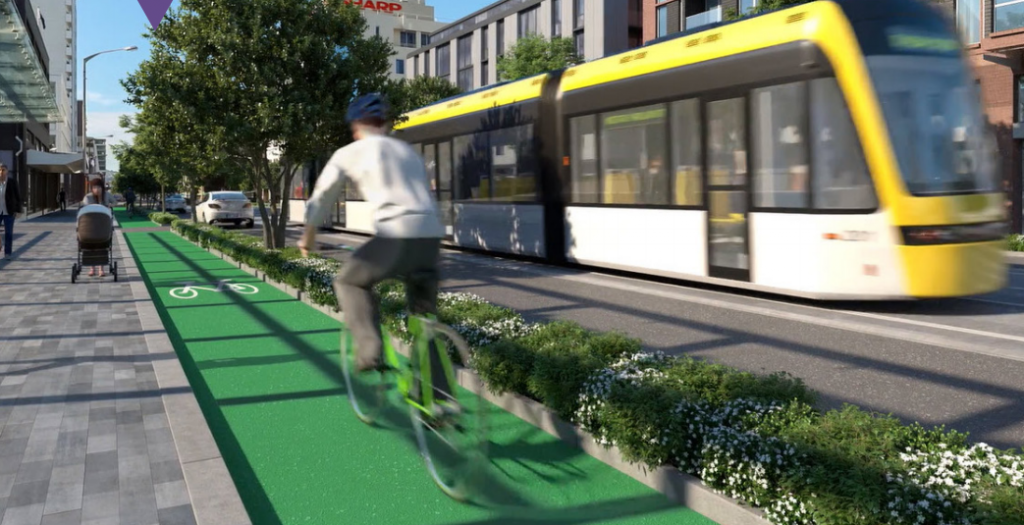 Commitment by the Government and the Wellington councils to a long term plan is a milestone in itself. The plan is attractive, but it’s not clear from the information provided today when or even if the preferred programme will actually “Get Wellington Moving”.

The partnership between the Government, Wellington city and Wellington regional councils commits some $6.4 billion over the next twenty years and will include the delivery of mass transit from Wellington railway station to the airport.

There’s no stronger case for mass transit in New Zealand than Wellington’s CBD where up to 45% of the region’s jobs are located. To finally have certainty that a solution will be delivered is extremely positive.

Priority must now go to confirming the preferred solution and delivery pathway, as well as revising district plan provisions to enable integrated construction and redevelopment of the corridor.

Every effort should be made to deliver mass transit within a decade, not beyond, and ensure that as much of Wellington’s employment and residential growth is catered for by the investment as possible.

However, provision of new road capacity through the Terrace tunnel to the inner city bypass and Mt Victoria has been dropped and rapid transit to the airport is not expected to be in place until after 2029, according to the plan.

This begs the question – will traffic congestion between the airport and the rest of Wellington be reduced and overall mobility improved? Modelling would normally be produced for an initiative of this size demonstrating the projected impacts on traffic demand and movement.

The funding package also raises equity issues. If benefits from the programme are largely urban development and liveability-related, and available evidence suggests that they are, using the over-allocated National Land Transport Fund to pay for these improvements means road investment in Wellington or other projects around New Zealand will have to be deferred.

By far the biggest benefits are related to health, liveability and economic productivity. These are important priorities. But if that’s where the benefits lie, shouldn’t that be where the funding comes from, rather than road users?

A considerable amount of effort and extensive public consultation has gone into the development of the plan by the region.

While we celebrate the positive steps towards its implementation today, it is disappointing that the full transport package, including the roading solutions, have not been included and we desperately need to accelerate the programme to deliver the rapid transit solution sooner rather than later.