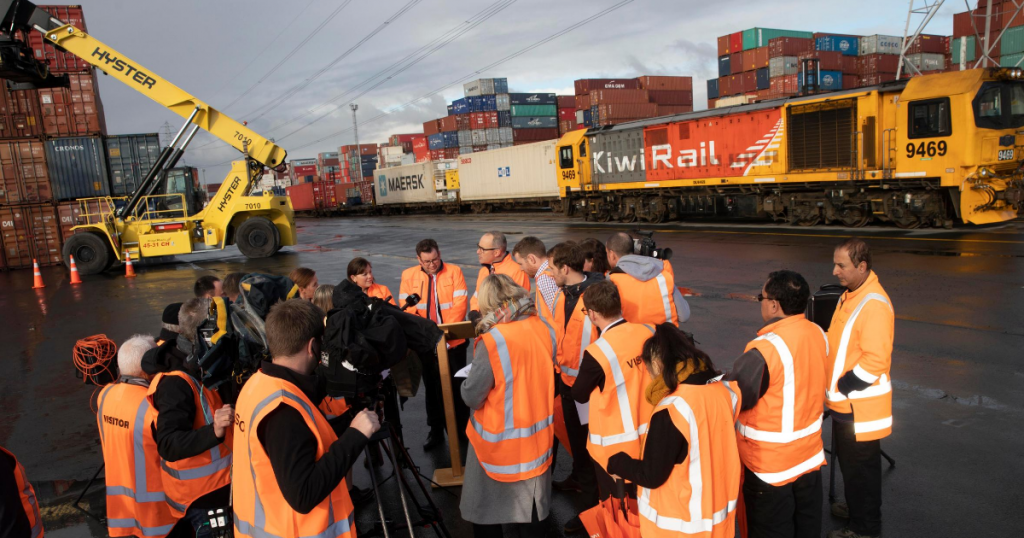 Strike action by rail workers is set to paralyse KiwiRail operations next month, affecting both rail and ferry transport.

As train control functions are located in the North Island, this will halt operations in both islands on Friday 17 December.

The strike action will affect all rail operations in New Zealand including the rail ferries and Auckland and Wellington Metro systems.

A recent nationwide postal ballot of KiwiRail workers saw an overwhelming majority vote for strike action to pursue a general wage increase of 8%, after a zero increase in 2020.

This will be the first full national stoppage of the rail system in New Zealand since 1994, says Butson.

He says rail workers are essential workers who played their part in keeping New Zealand rolling through the pandemic in 2020 and 2021.

“Rail workers are very aware of the importance of their work to New Zealand’s transport needs, and have taken this action because there has not been an acceptable offer forthcoming from management.”

He says the workers claim for a pay rise is a “catch up” and would cover rapidly rising living costs over the last two years.

“The Board will immediately begin a search for a permanent replacement for Mr Miller but until then I know KiwiRail is in a safe and trusted pair of hands with Mr Moyle,” McCormack says.

“As Acting Chair, I take seriously the safety of all KiwiRail’s 4300 staff. I am also personally committed to ensuring that KiwiRail provides workplaces where all of our people can thrive.

“I will work closely with Mr Moyle to ensure these priorities are demonstrated throughout the company’s many workplaces.

“The Board will also expect Mr Moyle, and the new Chief Executive once appointed, to work effectively with our union partners. With more than 70 per cent of our workforce unionised, our unions rank alongside our most important stakeholders. We need to work cooperatively with them to build a more reliable and resilient network that will attract more freight to rail and in doing so, help lower New Zealand’s greenhouse gas emissions from transport.”

“The Government must intervene to avert proposed strike action by KiwiRail workers that threatens to significantly disrupt freight and passenger transport in the lead-up to Christmas.

“There’s a massive backlog of freight already, and one of the three Interislander ferries is still out of action. The supply chain is under enormous pressure and we need all hands on deck to get goods and people moving throughout the country.

“The timing of the proposed strike action is quite deliberate by the union and is designed to hit when it would hurt New Zealand most.

“But it’s no wonder the union has decided on this action, which would be the first in decades.

“Thanks to inflation of 4.9 per cent, workers have seen their pay-packets gobbled up by skyrocketing costs of living. This is why we can expect a lot more strike action to come, as workers in every sector look for pay rises to keep up with higher food, fuel and housing costs.

“If this strike goes ahead, there’ll be fewer goods in our shops and less opportunity to travel.

“The Government needs to step in and make sure KiwiRail and the union get around the table to sort this out.”