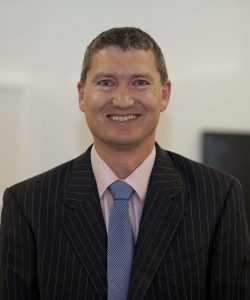 BNZ General Manager of Institutional Banking Paul Blair will take over as Chief Executive of Infrastructure New Zealand following the Building Nations Symposium to be held in Rotorua on the 21-23 August, as announced today by Chair Andrew Stevens

“I’m very pleased to announce that Paul Blair, a former board member of Infrastructure NZ and BNZ executive, will move into the role. Paul’s obvious passion for infrastructure and depth of business experience across New Zealand, Australia and UK will ensure the organisation continues to grow and develop in response to New Zealand’s infrastructure needs,” Stevens says.

“Outgoing CEO Stephen Selwood took an idea for a new business advocacy group and over 14 years turned it into one of New Zealand’s most respected thought leadership organisations. He helped kick off the process for governance reform in Auckland and RMA reform nationally and fought long and hard for the soon to be established New Zealand Infrastructure Commission, among a long list of other achievements.

“Infrastructure is the physical platform for national well-being and development. It has been a tremendous privilege to lead Infrastructure New Zealand as the peak industry body for such a critical sector,” says Stephen Selwood.

“I’m looking forward to a continuing contribution in industry governance roles, both public and private. I know that Paul is as passionate about the sector as I am and will now take the organisation to a new level,” Selwood says.

“I’ve worked with Stephen for a number of years and would like to thank him for his enormous contribution to New Zealand infrastructure. I’m excited to be moving into an organisation and a role with such momentum and opportunity to improve New Zealand’s prosperity, living standards and environment,” Blair says.