As Auckland’s emissions are set to worsen, Wellington reports a 7% decrease in net emissions over the last 20 years, despite experiencing a 26% population increase 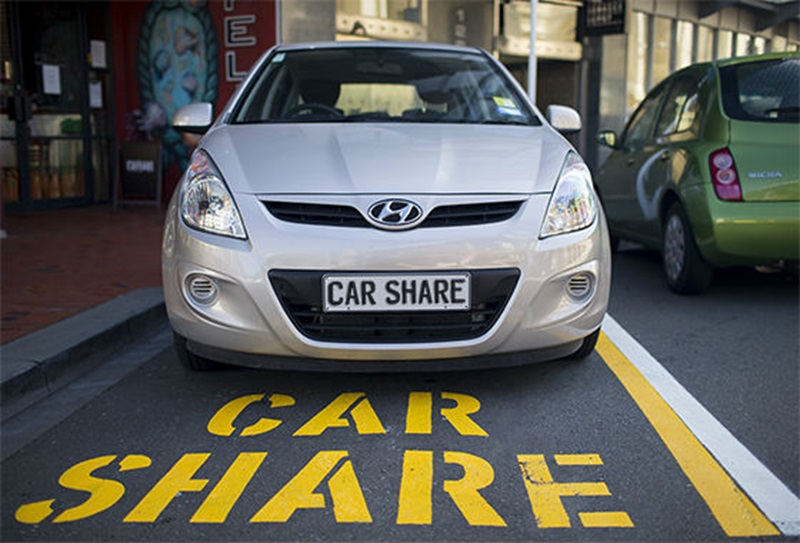 Wellington’s use of electric vehicle (EV) chargers has tripled in the last six months, and almost 11,000 Wellingtonians are now members of car share schemes.

“Combined, Mevo and Cityhop have 100 cars, some of which are hybrid or electric, and Council provides around 30 car parks for these vehicles with more planned,” says Mayor Andy Foster.

A 2020 survey of Wellington car share members suggests that every car share vehicle replaces up to 11 private vehicles.

“This is such a positive part of our collective response to reducing transport emissions which make up around 35 percent of our footprint. Decarbonising our transport fleet is also a critical part of reducing overall emissions,” says Mayor Foster.

“In Wellington, electric vehicles and car share services combine with New Zealand’s highest level of walking, cycling and public transport use, made possible by our compact city urban form. Wellington’s recently released City Greenhouse Gas Inventory shows over the last 20 years an overall decrease of 7 percent in net emissions, even as our population has increased by 26 percent during that time.

“A reduction of 7 percent over two decades is a step in the right direction, especially considering the increases in GDP and population in the same timeframe. We continue to be committed to climate action to achieve the city’s targets, a goal supported by the 92 percent of Wellingtonians surveyed who prioritised climate change action.”

“Electric car owners need confidence that there are places to recharge, and Council has supported the installation of 34 charging stations,” says Foster.

The installations around the city is part of a two-year pilot between Wellington City Council, Energy Efficiency and Conservation Authority (EECA) and ChargeNet NZ, to assess the viability for slow charging in the residential streets of Wellington.

Councillor Tamatha Paul, the Climate Change Portfolio Lead, says the EV chargers are a key part of the programme to reduce Wellington’s carbon emissions by half over the next ten years.

The success of the pilot programme will depend on sufficient usage of the charging stations now running, which will mean more installations in the future.

Areas with few on-street parking spaces have been prioritised in the programme to encourage residents to replace their fuel powered vehicles with electric.

Sustainability Manager Tom Pettit says: “EVs can be charged easily at home using a three pin plug, but for residents with no off-street parking, this isn’t so easy.”

Wellington City Council was the first to introduce the initiative in 2018, and has had good uptake in areas the chargers are installed, adds Tom.

“This project is based on an international model in world-leading EV friendly cities, and is just one component Council has in place to support the city’s contribution to reducing the impacts of climate change and reach our goal of a low carbon capital city.”

For these residents, not having access to a charger nearby can be a common barrier to making the switch.

“These chargers are a game changer for people like me who are keen to make the change, but who have no off-street parking,” says Josh.

How it works and EV etiquette:

Ahead of the game

New Zealand declared a climate emergency in December last year, however it has been 18 months since Wellington City Council declared its own climate and ecological emergency, putting protection of the environment and climate change action front and centre of its decision-making.

“While a reduction of 7 percent means we are heading in the right direction it’s nowhere near fast enough. Hopefully now the Climate Change Commission has put out their draft advice, action by Council, residents and Wellington-based businesses and organisations will accelerate.

“In the Long-term Plan we’re proposing an additional $27 million over ten years to fully fund our Te Atakura – First to Zero implementation plan to help the city achieve its net zero by 2050 goal. We also have significant funds earmarked for increasing our cycleway network, and building healthy streets and public transport options through Let’s Get Wellington Moving.”

“Much of their initial advice aligns with what we’re already doing or planning to do in terms of transport, buildings and waste management. We are preparing a submission to the Climate Change Commission that will reiterate the work we have to do to ensure our city is thriving in 2030 and beyond.

“But we can’t do this on our own – we need the support of our entire community to become a net zero carbon city by 2050. Systematic transformation by both the public and private sectors coupled with individual behaviour changes are needed to achieve net zero emissions – one without the other will not get the necessary scale of change at the necessary pace.”