The Government’s latest investment in Northland will enable hi-cube container freight to be transported by rail in the region for the first time ever, KiwiRail Group Chief Executive Greg Miller says 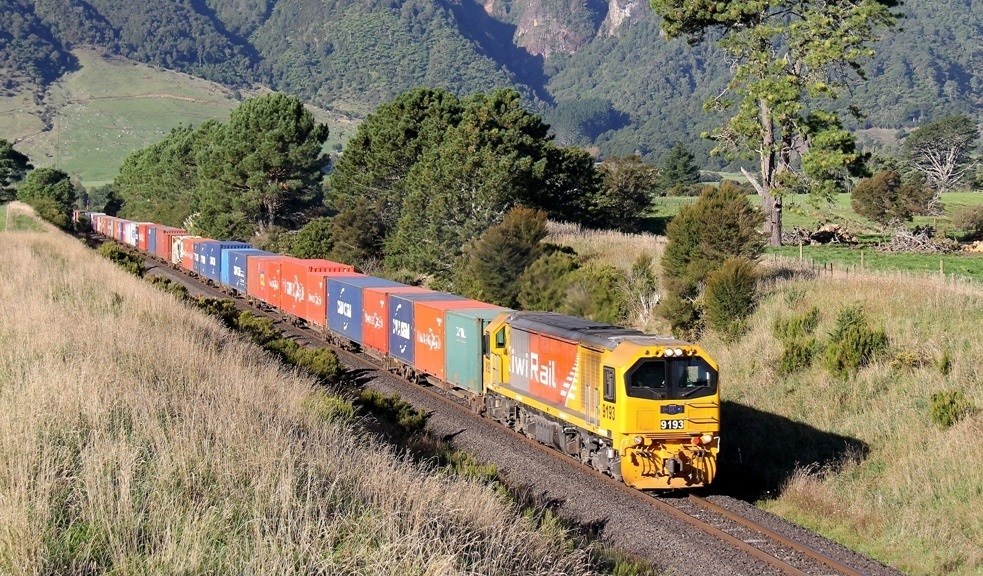 $69.7 million will be spent on lowering tracks in the 13 tunnels between Swanson and Whangarei; reopening the currently mothballed rail line north of Whangarei, between Kauri and Otiria; and building a container terminal at the Otiria rail yard, in Moerewa. “I’m really impressed by the ingenuity of KiwiRail’s engineering staff to be able to lower the tracks in the tunnels – which is a lot less expensive than boring bigger tunnels.

“The tunnel work will have a huge impact on how freight is moved in and out of Northland.

“Currently 18 million tonnes of cargo is moved in and out of the region every year. Of that, around 30,000 containers leave Northland by road. Most aren’t able to fit through the tunnels, but this investment will change that – opening up a whole new market to rail.”

Mr Miller says that not only does rail have 66 per cent fewer emissions than road freight and help reduce congestion by taking trucks off the roads, it also offers road maintenance cost savings.

“Road maintenance costs were not fully known when HPMV licences were first issued a decade ago. It’s now proving far more strategic for NZ Inc to invest in rail, to help avoid escalating road maintenance bills. The fact is rail is designed specifically for short, medium and long haul heavy cargo transport. Our roads are not.

“I am delighted to have the support of New Zealand’s biggest trucking companies as our current customers and future partners.”

Mr Miller says reopening the line to Otiria and building the container terminal will catalyse the growth of agriculture, horticulture, dairy and support forestry in the far North.

“This part of Northland is what the Bay of Plenty was like 40 years ago. Connecting the Bay to rail resulted in phenomenal growth and helped create the prosperity it experiences today. Rail access has the same ability to transform Northland, as a critical infrastructure that will unlock value in the region.

“Rail will help build a bright future for Northland and we want to maximise benefits for the region now.

“Around 200 contracted staff will be working on 10 fronts across Northland simultaneously, and KiwiRail is taking on 12 more local staff for ongoing maintenance of the Northland Line.

“We will also be looking at where we can take on new apprentices to get more young people into our industry and will support our contract partners with their recruitment as well.

“We’re trying to use Northland-based contractors for our rebuild project where possible, so that this investment flows straight back into Northland’s economy.”

This is the second PGF investment in Northland rail, following the $94.8 million provided to make significant improvements to the Northland Line between Swanson and Whangarei, announced last year.

Local firm United Civil Construction has been awarded a contract to replace two bridges on the line near Whangarei.

“It’s great to see this level of infrastructure spending in the North and particularly pleasing to see local businesses get involved in this project, with spending going back  into our communities,” United Civil Construction Managing Director Andrew Campbell says.

“This contract will allow us to take on more staff and provide additional training opportunities, including various civil engineering apprenticeships and diploma cadetships, which will help develop much sought-after skills within the region.

“There is also plenty of opportunity for our local sub-contracting and supply partners to participate in various elements of the project.”

As part of today’s announcement, $40 million will be used by KiwiRail to purchase land along the designated rail route between Oakleigh and Northport/Marsden Point.

More detail about the funding announcement and previous PGF funding in Northland are available on KiwiRail’s website: https://www.kiwirail.co.nz/what-we-do/projects/northland-rail-rejuvenation/