A tax on high-polluting vehicles has already been announced and more is yet to come, but will these measures really help reduce our emissions and at what cost? 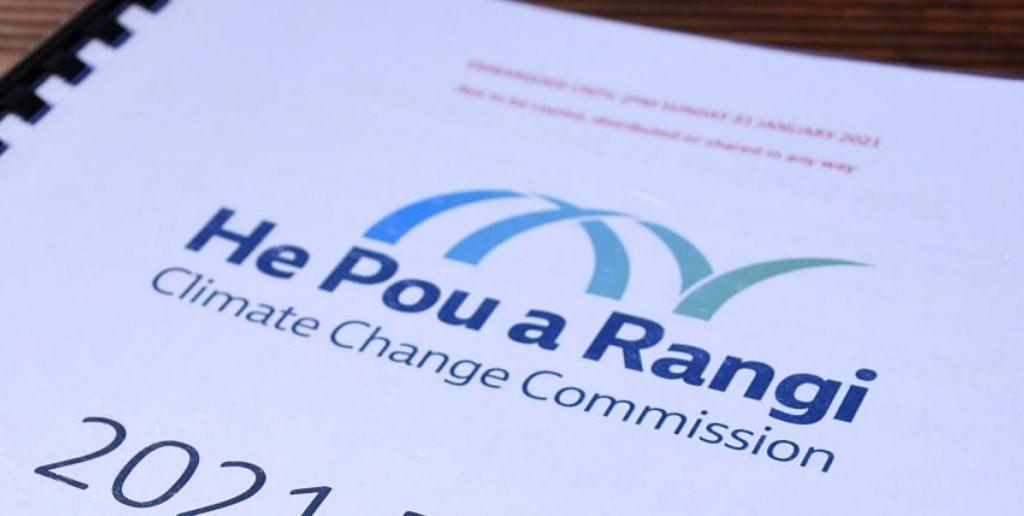 The Climate Change Commission has released its final advice to the Government detailing what it says are ambitious, achievable and equitable paths New Zealand can take to meet its climate targets.

New Zealand has committed to reaching net zero emissions of long-lived greenhouse gases by 2050 and reducing biogenic methane emissions between 24-47% by 2050. The Commission’s role is to provide independent, evidence-based advice to reach those targets.

Commission Chair Rod Carr says the advice shows a thriving, climate-resilient, and low emissions future for Aotearoa is possible – but the work must start now.

“Current government policies do not put us on track to meet the Commission’s recommended emissions budgets or the 2050 targets. As a country, we need to fundamentally change our response to climate change.

“The technology and the tools Aotearoa needs to reach its climate targets exist today and our evidence shows climate action is affordable.”

However, the Commission says delaying key actions like the move to EVs and embedding more efficient farm practices could result in the level of GDP in 2050 falling by around 2.3%.

The Commission’s final advice sets out the total amount of emissions New Zealand must cut over the next 15 years. It also provides three different pathways the Government could follow to keep within the proposed emission budgets.

New Zealand has previously relied on forestry plantations to offset carbon, but this is unsustainable.

University of Auckland’s Dr Rhys Jones says the Commission’s advice seeks to avoid making the necessary changes to social and economic systems by emphasising high-tech fixes that enable business-as-usual to continue, albeit in a slightly ‘greener’ fashion.

“The fixation on electric cars as a way of decarbonising the transport sector, rather than prioritising a mode shift to active and public transport, is an example of the lack of imagination and status quo bias evident throughout the report. We should be centralising strategies that dismantle harmful and fundamentally unsustainable systems,” Jones says.

“Unfortunately, public transport options for travelling between towns and cities in New Zealand are few and far between, and too often people feel that hopping in a car (or plane) is the only option,” Victoria University of Wellington Dr Luke Harrington adds.

“Until we see a radical change in both the breadth and affordability of options available to move between towns and cities in New Zealand, I struggle to see how we can reduce our transport emissions to zero within the next three decades.”

However University of Canterbury Professor Jamie Shulmeister says the lack of innovative measures is actually beneficial, as working within current practices is much more feasible than a radically redesigned economy.

That said, Shulmeister acknowledges that the proposed carbon budgets suggest relatively minor reductions in total from transport short-term with most changes after 2030.

“This suggests that we need to look at localised transport (walking and cycling) to achieve some of the required changes. EV usage depends on dropping battery prices which may not be as feasible as people envision given key elements are resource constrained.”

Toon Vandyck and Matthias Weitzel from the European Commission’s Joint Research Centre add that if global demand for electric vehicles or batteries exceed production capacities, this could result in a period of higher prices.

However, they point out that temporarily higher prices would also stimulate further investment and development in these technologies. A global scale-up of technologies (e.g. renewables like solar or wind, batteries, etc.) typically leads to declining costs from learning and economies of scale.

“If global vehicle production was set to have a higher share of electric vehicles than expected, this would likely reduce the cost of batteries and hence electric vehicles, making the transition easier,” say Vandyck and Weitzel.

Shulmeister also says a significant change to horticulture from dairying is envisioned.

“This is possible but in addition to all the likely challenges, it will depend on improved transport and/or manufacturing so that product can get to market.

“There is also a focus on reducing methane emissions per kg of milk solids and meat. This is definitely worthwhile. A pricing mechanism for agricultural emissions is critical but won’t be easy to achieve.”

Shulmeister adds that the use of an enhanced ETS does appear to be a sensible way to drive behaviour for industry.

Victoria University of Wellington Professor Justin Hodgkiss says it is important to understand that the pathways presented do not rely on any technologies that are not yet proven.

“Future discoveries will undoubtedly accelerate our path to net zero carbon economy, or put more options on the table to get there at lower cost.

“I am also struck by the analysis of future employment. The report acknowledges that employment in will be affected differently in various sectors and regions, with support and planning needed for a just transition.

“It is exciting to see the report highlighting the future importance of new jobs in the circular economy, in a new hydrogen industry, in the renewable electricity sector, and even emissions measurement and management. Many of these future jobs will be filled by today’s students,” says Hodgkiss.

The Government has until 31 December this year to consider the Commission’s advice. By this date the Government must have set its emissions budgets and finalised the country’s first emissions reduction plan detailing the policies it will use to achieve the budgets.