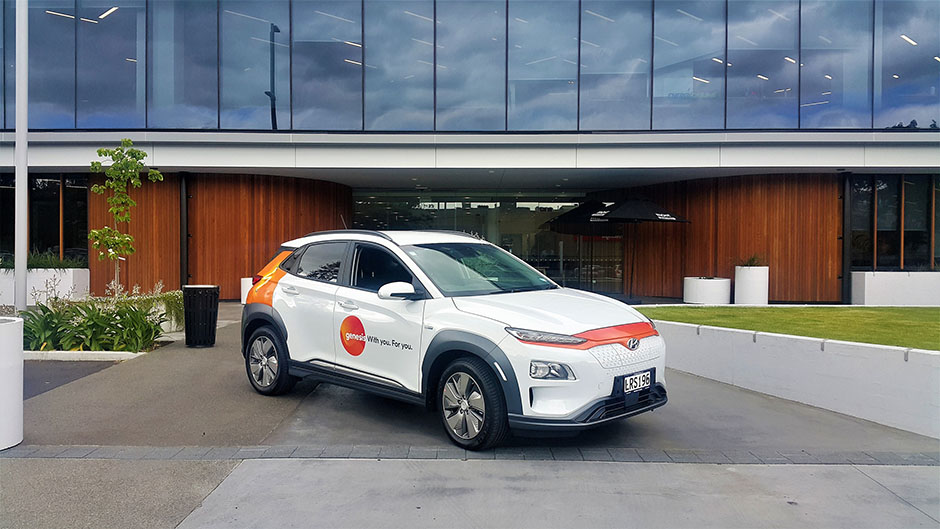 The diversified energy company has committed to convert every car in its light vehicle fleet to electric or hybrid by 2020, with the same ambition for 50% of its heavy vehicle fleet by 2025.

Locally, the transport sector accounts for 18% of carbon emissions; globally, the sector is the fastest growing contributor to climate change with businesses owning more than half of all registered vehicles.

Introducing fleet electric vehicles offers an opportunity to curb greenhouse gas emissions along with air and noise pollution, and increases the number of low-emissions vehicles in the New Zealand second-hand-car marketplace.

Genesis has already converted almost half of its light vehicles to hybrid or fully electric vehicles, including the addition of three Hyundai Konas in November.

Genesis will introduce charging stations for electric vehicles at its Hamilton and Christchurch corporate offices next year to encourage staff and customers to charge their own cars on site.

The company will also install three chargers at its Tuai, Tokaanu and Tekapo generation sites.

Marc England, CEO of Genesis, says joining the EV100 was a logical next step, following the release in August of Genesis’ Sustainability Framework, which included a goal around EV transition.

“We recognise that climate change is a global challenge that requires international collaboration, which motivated us to join the EV100 group,” England explains.

“In New Zealand, we have a unique carbon emissions profile where 85% of what we generate comes from renewable sources.

“That means our electric cars will be mostly powered by renewable energy too – an advantage we have over many other countries and one that really enables us to set an example.

“Our challenge is to continue to increase New Zealand’s renewable energy generation to adjust for demand from electric vehicles.”

Participating companies in the EV100 include Unilever, IKEA Group, Heathrow Airport and Air New Zealand, among others.

“By joining EV100 and electrifying its light and heavy vehicles, Genesis Energy will lower its emissions and help address air pollution, while increasing market demand for EVs.

“And with New Zealand already running on 85% renewable electricity, these vehicles will run on cleaner power too – a model we need others to follow.”

EV100 is a global initiative by The Climate Group bringing together forward-looking companies committed to accelerating the transition to electric vehicles (EVs) and making electric transport the new normal by 2030.

With businesses owning over half of all registered vehicles on the road, the group says it is “crucial” they lead the shift to electric vehicles through their investment decisions and influence on millions of staff and customers worldwide.