When you post job opportunities, some listings are snapped up quickly by eager jobseekers, whereas others can linger for months on end on job-boards 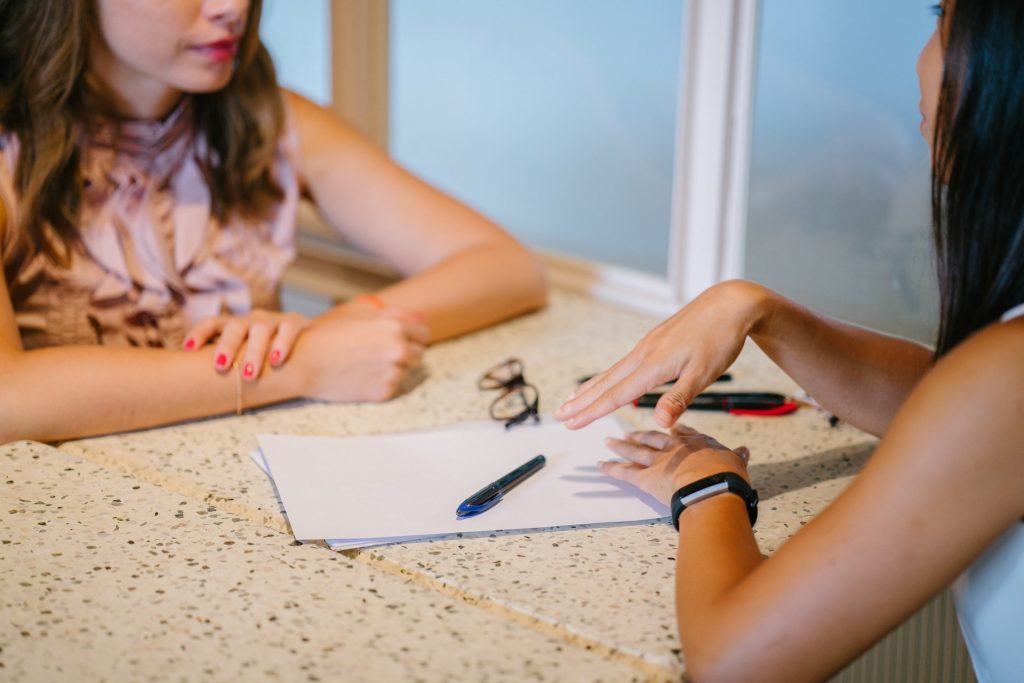 Jobs that take the longest and shortest time to fill in the UK
When analysing the listings to determine how long jobs in certain industries remain active in the UK, we found some dramatic differences – as expected. Our research identified that Teacher , Programmer and Architect roles are listed for the longest periods of time, on average, with 80%, 79% and 75% of jobs taking longer than 14 days to be filled, respectively.

On the other end of the scale, roles with the shortest listing times, on average, are Receptionists, Dentists and Sales Assistants, with 43%, 51% and 52% of roles taking longer than 2 weeks to be filled, respectively.

Which job roles take the longest to be filled?
Of all industries considered in this study, Teachers came out on top as the job that takes the longest to fill. Of a total of 6,196 jobs on offer, 4,945 roles took longer than 14 days to fill – that’s around 8 in 10 listings on the recruitment site, Indeed. This is concerning when a recent report form the Education Policy Institute (EPI) found that the number of teachers in the UK has decreased by 7% since 2019.

Following closely behind in second place we find Programmers, where 78% of positions stay listed for more than 14 days – that’s 1,031 out of a possible 1,310 job listings! In third are Architects, with three quarters of listings taking longer than 2 weeks.

Surprisingly, also among the top 10 jobs that take the longest to fill are Mechanical Engineers and Pharmacists , with around 3 in 4 roles taking longer than 14 days to be filled. But which positions spend very little time listed before finding a successful hire? 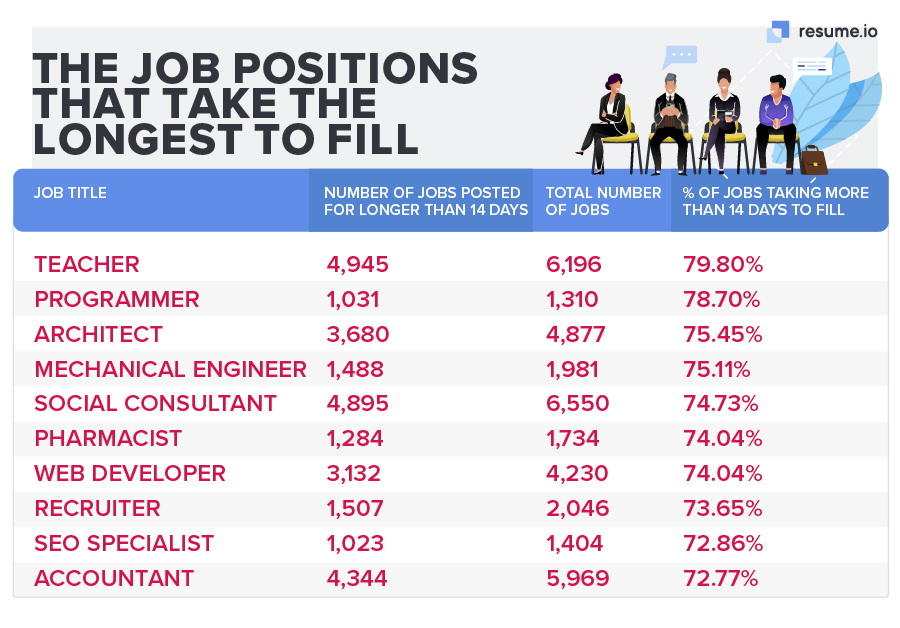 Which job roles are filled fastest?
According to our research, Receptionist roles are snapped up fast, with just 43% of job listings taking more than two weeks to be filled. In second place are Dentist roles, with just over half (51%) of job listings lasting longer than 14 days; and after that are Sales Assistant jobs, with 52% of job roles still being listed after two weeks.

Interestingly, Police Officers are among the top 5 quickest jobs to fill in the UK, with just 523 job listings out of a total of 964 being filled in less than 14 days – around 1 in 2 jobs listed. Rounding off the top five are Office Manager jobs, with just over half of roles listed (55%) being filled before the two-week mark.

Other roles among the top 10 quickest to fill include Personal Assistants, Plumbers, HR Managers and Social Workers. 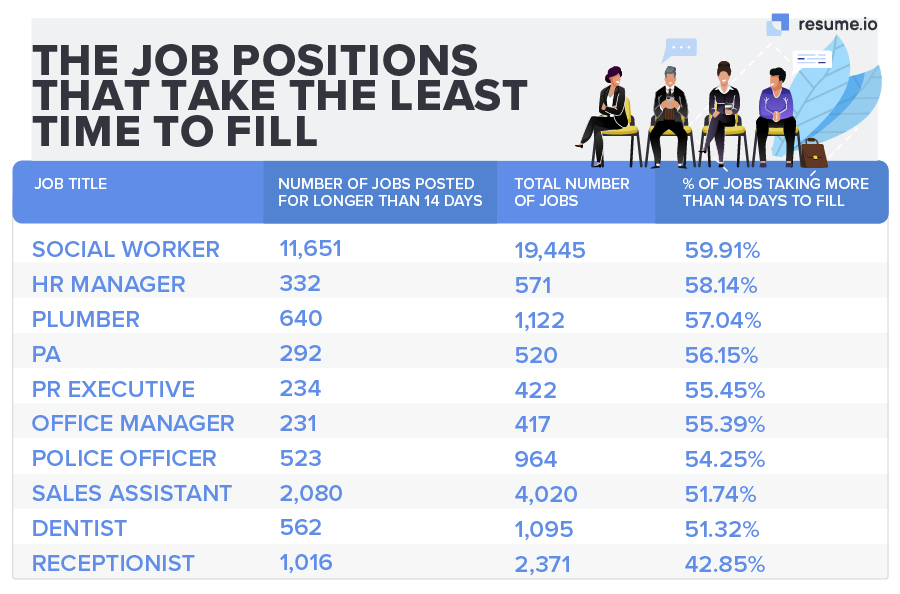 Why do some roles take longer to fill than others?
It’s worth noting that when contemplating how long you are advertising a job role for, you’re not always planning for one single applicant to get the job. Often, employers that require multiple roles to be filled will only put a single job role live, and will leave it in place until all those vacancies are filled.

Furthermore, some job roles are constantly being advertised – not because there are jobs available, but because employers would like to receive as many resumes as possible to find the best talent on the market to join their team. You may also do this in preparation for employees leaving, or if a position experiences a high turnover rate.

However, the qualifications and level of skill required for jobs in certain industries may play a significant role in the reason for the listings remaining active for so long. You may be looking for successful candidates within these industries (such as teaching or engineering jobs) will be seeking the ‘creme de la creme’ and will be willing to wait longer to find the best possible fit for these roles.

On the other hand, positions that are quicker to fill are usually retail or receptionist roles, where a large proportion of the workforce is seasonal or typically has a high turnover. With these roles, you as an employer aren’t looking for specific skill sets as skills are easily transferable from industry-to-industry, hence why these positions are filled significantly quicker.

Methodology
Resume.io analysed job entries on the recruitment website, Indeed, for each role. We monitored all listings for each job role to determine which roles are filled quickest (before 14 days), and slowest (longer than 14 days).