Oil and gas is a long-term game and one to which the government remains committed despite the difficult operating environment, the minister responsible told the recent Petroleum Conference. 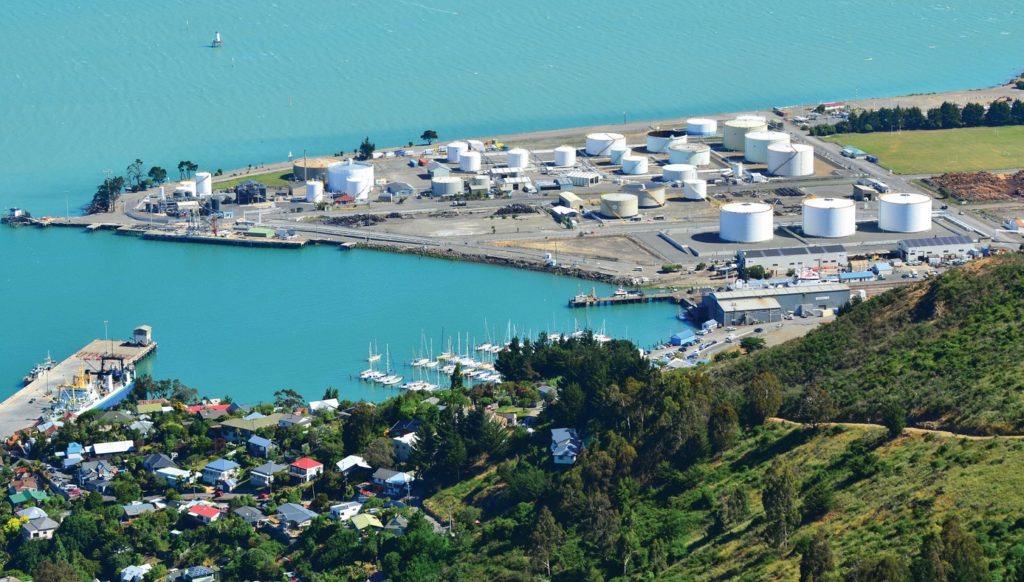 “Industry has paid billions of dollars in royalties – not to mention taxes – to the Crown,” he adds. “For a small country in a corner of the Pacific, those are quite impressive numbers.”

Some of the activity currently underway is a vote of confidence in the future of the industry, Bridges believes. “For example, Shell’s Caledonia Basin seismic survey is providing never-known-before scientific information in the most frontier of basins,” he explains. “The uptake of acreage in recent years, for example in the Pegasus and East Coast Basins, is also very promising.”

Oil therefore remains a significant export earner despite the current deflated prices, while natural gas is a vital input to industry and electricity generation and is also used in more than 300,000 homes.

The industry pays several hundred million dollars in royalties each year which fund essential infrastructure and services, Bridges adds. “All of this comes from one petroleum basin, Taranaki, but we have 17 others that are also underexplored.”

He is particularly interested in New Zealand’s untapped potential for natural gas, the cleanest fossil fuel which countries are increasingly choosing as an alternative to coal for electricity generation.

“According to the United States Environmental Protection Agency, greenhouse gas emissions fell to their lowest level in 17 years in the world’s largest economy, largely due to a rapid drop in coal-fired electricity, and the rise of electricity generated by cleaner fuels, particularly natural gas.”

The International Energy Agency predicts natural gas demand will continue its expansion as the fastest-growing fossil fuel, and sees it as a very important bridging fuel to a lower-carbon global economy.

This role as a bridging fuel is even more relevant in the wake of the Paris Climate Change Agreement, as countries take a hard look at their energy use and how they can reduce their carbon footprint.

Internationally gas is in major growth mode, the minister notes, with Japan, South Korea, China, and India already big consumers of gas for electricity generation. “There is real potential for significant growth in our most populous nations, China and India, as they currently rely heavily on coal.”

Tens of billions of dollars have already been invested in LNG projects in Australia to satisfy this burgeoning demand, and the “Lucky Country” is expected to soon eclipse Qatar as the world’s largest LNG exporter.

New Zealand is in an “excellent position” to cater to that Asian market if there is a major gas find locally. “Not only could we reap economic benefits from gas production, but in helping those nations replace coal with gas we would be making a positive contribution to reducing global emissions.”

Looking ahead, Bridges says the government will be taking the opportunity this year to ensure regulatory settings are fit for purpose.

“In the last few years we have significantly lifted our game in regards to health, safety and environmental requirements – including regulating activities in the Exclusive Economic Zone for the first time.”

This housekeeping includes “thornier but essential” issues such as releasing guidance around fracking and land farming in response to the Parliamentary Commissioner for the Environment’s recommendations.

“We are considering the commissioner’s other recommendations to improve regulatory oversight of onshore petroleum exploration and development,” the minister adds. “Industry, local government and iwi have been consulted in this and that input has been valuable.”

The government is also undertaking work on decommissioning requirements and continuing the review of financial assurance to offer the stability, consistency and transparency industry wants.

“Companies have to manage their way through this low-oil price environment but our role as government is to ensure our investment environment stays consistent and predictable.”

Turning to Block Offer 2016, he notes that the National government has granted 44 exploration permits throughout New Zealand via the annual Block Offer process since 2012.

“We’ve attracted new operators to our shores, including Chevron, Statoil, Woodside and ONGC Videsh, which indicates to me that the Block Offer is an effective means of promoting New Zealand’s potential.”

This year’s tender again features a mix of onshore and offshore areas, selected based on industry nominations and prospectivity assessments and following consultation with iwi, hapū and local authorities.

The Northland-Reinga Basin covers 186,000 square kilometres. “While we have seismic data for this basin dating back to the 1960s, it is large and still relatively unexplored,” the minister concedes. “It is believed to be prospective for oil and gas, and it shares a lot in common with the Taranaki Basin.”

The potential of this frontier basin is now beginning to be understood; Statoil were awarded their first permit in the basin for Block Offer 2013, and successfully bid for a second permit in Block Offer 2014.

The Taranaki Basin is a proven province that has seen some significant discoveries – such as the Maui, Pohokura, Tui and Maari fields – but there is still plenty of scope for further exploration.

The offshore Taranaki Basin includes almost 61,000 square kilometres. “With multiple permits granted in Taranaki each year since the Block Offer began in 2012, this basin’s potential is clearly understood.”

The Pegasus and East Coast Basins includes more than 68,000 square kilometres. “These two basins are considered among New Zealand’s most promising,” Bridges observes. “Both are prospective for oil, gas, and gas hydrates gas, and both are under-explored.”

This year’s Block Offer also includes new acreage on the East Coast, following a government-funded survey of the area.  “Two permits were granted to Anadarko in the Pegasus Basin for Block Offer 2012, while Block Offer 2014 saw three 15-year petroleum exploration permits granted in these basins to a joint venture between Chevron and Statoil, and one to OMV.”

The Great South-Canterbury Basins include approximately 208,000 square kilometres. “These basins have seen exploration activity since the early 1970s, with a number of sub-commercial discoveries,” the minister notes. “Both basins are considered prospective for gas, condensate and oil.”

Finally, just over 1,000 square kilometres is available in the Taranaki Release Area where New Zealand’s petroleum industry began. “The basin is prospective for oil, gas and condensate, and has been producing oil and gas commercially since the early 1900s.”

Today the basin has 20 producing fields. “Considering that almost a third – 14 out of 44 – of the permits issued since 2012 have been in onshore Taranaki, it is clear the area still has untapped potential,” Bridges believes.

The industry now has more than five months to prepare bids for this tender, with all offers due by 7 September and permits announced in December.

These are trying times, the minister concludes. “We know commodity prices are cyclical, and hopefully we have reached the bottom of this cycle,” Bridges concludes.

“We also know that petroleum development is a long-term game and opportunities grasped now could have significant pay-offs in the decades to come.”

This article apprared in the April issue of Asia Pacific Infrastructure News.