New Zealand should get on board with blockchain, including cryptocurrency, according to a report funded by the Law Foundation 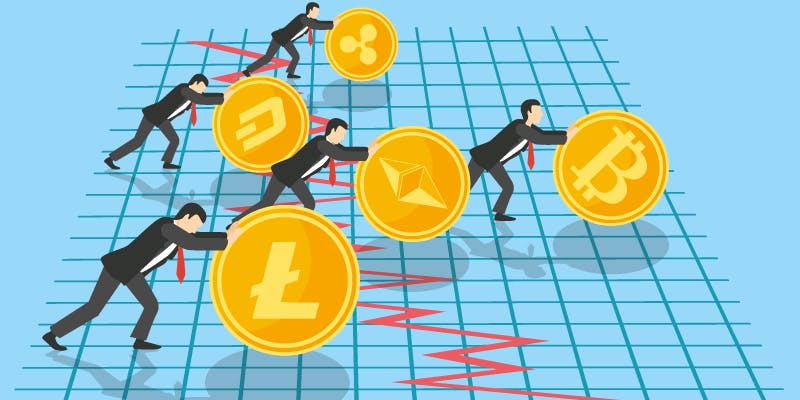 A central bank-issued cryptocurrency, thriving cryptocurrency exchanges and the ability for businesses to trade in GST-free cryptocurrency are needed if Aotearoa New Zealand is to enjoy the vast potential benefits from this technology, the report finds.

Based on research funded by the Law Foundation’s Information Law and Policy Project, a team of legal and banking experts has recommended a regulatory framework for blockchain.

“But New Zealand has fallen behind countries we like to compare ourselves with, including Australia, the United Kingdom and Japan.

“So now we need to live up to our reputation as nimble, agile and innovative and rapidly follow the lead of those other countries.

“That’s the only way we can maximise the opportunities that blockchain offers.”

The authors argue that fast-moving technological advances and sensible regulation will address most concerns commonly raised about all types of currencies, including security, fluctuations in value, and potential for criminal abuse such as money laundering and financing terrorism.

Because the blockchain that underlies cryptocurrencies is a shared tamper-proof ledger of transactions, it removes the need both for buyer and seller to reconcile their records and for intermediaries to coordinate transactions.

“The New Zealand government has taken a hands-off approach to cryptocurrencies, when it should be actively fostering an ecosystem so that New Zealand is seen as an attractive country in which to base blockchain businesses.”

The report makes a range of recommendations, including the government continuing to allow cryptocurrencies to be traded and spent within New Zealand alongside greater advice and protection for consumers.

It also recommends GST be removed from cryptocurrencies that are used to pay for goods and services.

“This is a timely and very thorough report”, says Professor Steve Reeves, University of Waikato Associate Dean of Software Engineering.

He feels, however, there are some things which the report barely touches on which are currently very hot topics within the blockchain research community:

“None of this, however, means that using blockchains for currency, or anything else, should be ignored by the New Zealand government,” Reeves concedes.

“If nothing else, we should follow the recommendations of this report in order that we have home-grown expertise, both on the law and financial side, so that we can be involved in the on-going work for point 1 above, but also in the computer science that is being developed and used to deal with the comments in point 2.

“To do otherwise will certainly leave us at the mercy of the very forces that government and officials seem so scared of.”

“The value of their holdings grows as demand for the currency grows, and they are able to realise value from their holdings by spending it within the cryptocurrency system.

“As the report notes, difficulties, delays, uncertainties and financial transaction costs arise when transferring currency to and from the established ‘normal’ currency system.”

That aside, Williams says the potential upsides for individual citizens and society as a whole from adoption of cryptocurrency are quite large, not least emancipation from an entrenched power system that many consumers distrust and dislike.

“Cryptocurrencies are the ultimate demonstration of the network effect: the value of the technology rises exponentially with the number of adopters.

“Until the serious challenges of a typical consumer using cryptocurrency alongside ‘normal’ currency are addressed, mass adoption is unlikely.”

The simple truth, Williams adds, is that no-one knows what will happen in the future. “We can but try.”

The New Zealand regulatory agencies seem to have adopted an unnecessarily cautious position with regard to cryptocurrencies, which must be taken into consideration by the banks, related financial institutions, and commercial interests as they seek to grow New Zealand’s economy, says Dr Stephen C Wingreen, Associate Professor of Information Systems and Decision Sciences, University of Canterbury; Lead Investigator of the Emerging Technologies and 21st Century Commerce Research Group.

“Free trade requires rational, flexible, and reasonable regulatory frameworks whose primary purpose is to encourage trade and commerce rather than stifle or impede it,” he observes.

Wingreen warns that “the field of cryptocurrency is moving so quickly that New Zealand risks being left behind” in what may become the greatest and most transformative technological innovation since the internet, unless the regulatory agencies quickly create a friendly, open, and efficient framework to support New Zealand-based cryptocurrencies.

“Blockchain, the technological platform that underlies all cryptocurrencies, was originally developed as a distributed ledger designed to solve the ‘double-spending’ problem, which is the cornerstone of accountability and transparency in business worldwide.

“People are by their nature rational economic beings, which means that accurate, secure, immutable, and transparent ledgers are absolutely foundational for an open and free society.

“As such, every day that is lost is another lost opportunity both for the people of New Zealand and New Zealand’s status as one of the most free and friendly economic environments in the world.”