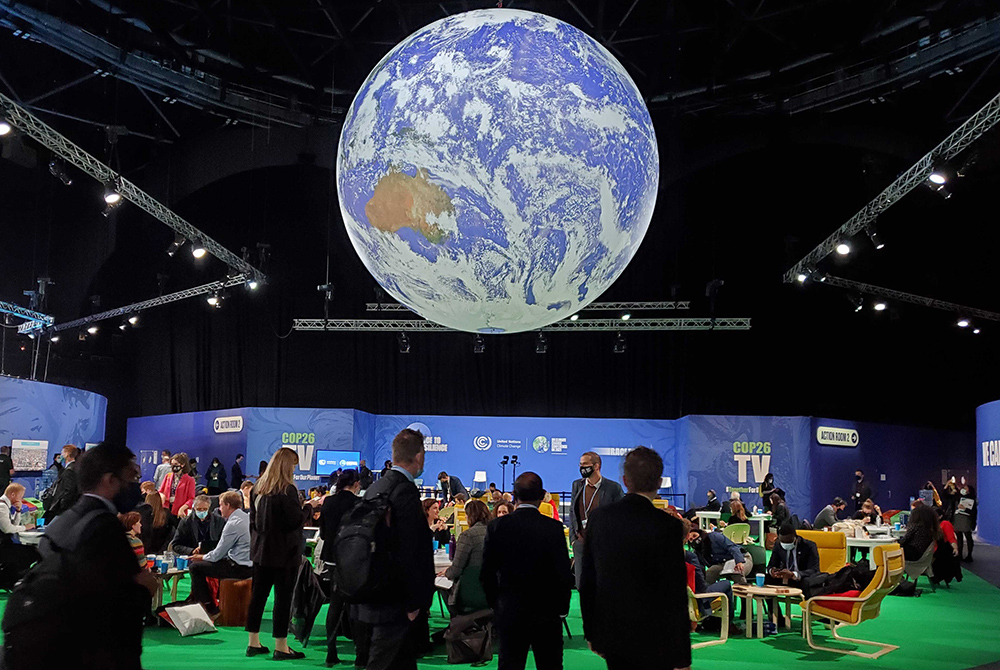 It is unclear how New Zealand will meet its new emissions targets without investing heavily into international carbon markets.

On the eve of the 2021 United Nations Climate Change Conference (COP26), the Government pledged to reduce New Zealand’s greenhouse emissions by 50% by 2030. New Zealand has also signed up to the Global Methane Pledge and the International  Just Transition Declaration.

However the 50% target goes beyond New Zealand’s fair share and will cost the country billions of dollars, the National Party says.

“It is true that other countries have announced similar target numbers to this, but we need to consider that New Zealand already has high levels of renewable electricity production and higher levels of agricultural emissions. This makes a 50 per cent target much harder for New Zealand to achieve,” says Climate Change spokesperson Stuart Smith.

He says the previous 2030 target of 30% was already ambitious.

“Due to New Zealand having almost 50 per cent of our emissions from agriculture and having one of the highest levels of renewable energy in the world, this target was incredibly challenging for New Zealand to achieve.”

“To put the reduction of 50 per cent of emissions in just nine years in perspective, it requires New Zealand to reduce emissions by about 6 per cent per year, every year, from now until 2030.

“It is estimated that global fossil fuel use fell about 6 per cent in 2020 due to the Covid lockdowns. Not only would New Zealand need to achieve this level of reduction next year, we would then have to double that reduction the following year, then another 6 per cent the next. And on and on it goes.”

New Zealand is not off to a very good start either. Smith points out that despite a climate change nuclear-free moment, a climate emergency and now this target, greenhouse gas emissions continue to rise and record amounts of imported coal are being burned at Huntly to keep the power on.

Smith says there are major concerns New Zealand is likely to need to lean heavily into international carbon markets.

“There is no sense in setting a target that over-reaches and simply signs New Zealand up to a huge bill as we buy units from overseas. Most Kiwis won’t thank the Government for signing them up to a huge carbon markets bill.”

“The Government says it is following the science, but the latest IPCC report states methane need only reduce 0.3 per cent per year. This target goes miles beyond that. It is disappointing the Government hasn’t supported our farmers by reflecting this science and taking a split-gas target,” Smith says.

“Trying to pay back the Covid debt at a time we cut cattle and sheep numbers is a scary thought.”

“How are they planning to do this? Is it herd reductions or is it through new technologies? When will the Government bring farmers into this conversation? It’s their livelihoods at stake.

“Joining a broad methane target is counterproductive if it ends up harming New Zealand livelihoods because we already have the most carbon friendly dairy sector on the planet.”

Seymour says we should set a cap on total emissions in line with the actual reductions of our trading partners, then allow New Zealanders to import high quality foreign carbon credits so we pay the world price, not an artificial price.

“The realistic outcome of this mad plan is that people will eat less New Zealand dairy, beef, and lamb, instead supporting farmers offshore who are less efficient.”

Federated Farmers President Andrew Hoggard says in an effort to reduce emissions without simply cutting production and shipping the emissions overseas, New Zealand farmers are currently bumping their heads on the ceiling of what is currently technologically and regulatorily possible.

In relation to agriculture, the methane pledge talks about “… abatement of agricultural emissions through technology innovation as well as incentives and partnerships with farmers.”

“New Zealand has been doing this for years. What we need now is for the government to provide a framework that enables farmers to get on with implementing some of the new smart GHG reducing technology, some of which has been developed right here in NZ,” says Hoggard.

“New Zealand farmers are the most emissions efficient farmers in the world, and the growing global population is demanding more of the products we export, such as beef, lamb and milk. We should not simply shrink our way to emissions reductions.

“Our farmers – and taxpayers – are already having to sit back and watch NZ-developed GE ryegrass being trialed in the United States because of unworkable red tape in New Zealand. This cutting edge technology has the potential to deliver reductions in methane and nitrous oxide while also being more resistant to extremes in weather.”

The methane inhibitor Bovaer (also known as 3NOP) has been given the regulatory green light in Brazil and Chile but farmers in New Zealand are still waiting.

New Zealand produces enough food for 40 million people, but its CO2 per-capita is below average. New Zealand’s gross carbon dioxide emissions in 2018 were 7.5 tonnes of carbon dioxide equivalent,  (CO2-e) per capita, which is below the Annex I average of 10.9 tonnes  of CO2-e per capita.

Many scientists and climate experts are pleased with the Government’s announcement, however some don’t think the 50% target goes far enough.

“The new target is clearly an improvement on New Zealand’s previous target, but the government needs to be absolutely clear that it falls well short of doing our fair share,” says the University of Auckland’s Dr Rhys Jones.

“An analysis by Oxfam NZ published last year, A Fair 2030 Target for Aotearoa, found that much more substantial reductions would be required for New Zealand to play its part in global efforts to limit warming to 1.5 degrees C. They found that to achieve this with no or limited overshoot would require at least an 80% reduction from 1990 levels by 2030, or at least a 99% reduction if we account for our historical responsibility.”

“However it’s unlikely that a government would commit to cuts of that magnitude. We therefore need to do everything possible to make up for our shameful inability to do our fair share, such as massively increasing climate finance contributions to low-income countries.”

Despite setting the goal of 50% emissions reduction by 2030, the Government has yet to say how this will be achieved. Its Emissions Reduction Plan is not due until next year. Consultation on the plan is open until 11.59pm, 24 November 2021.

A copy of the discussion document is available here.

A snapshot of the discussion document is available here.