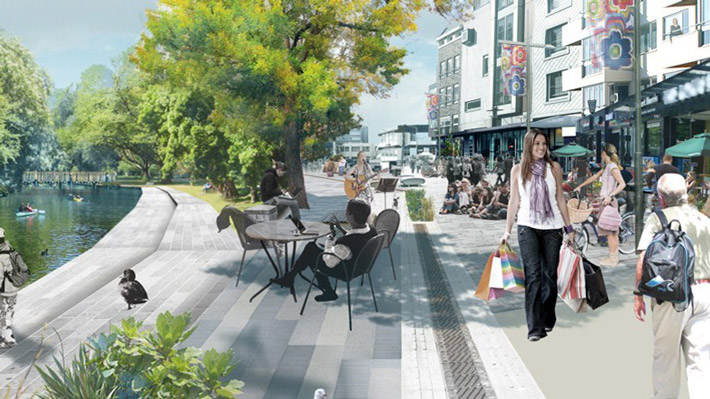 Townsend says Christchurch is back and running after 11,000 aftershocks, 53 of them over five on the Richter scale.

Currently $83 million is being spent in rebuilding the city every week, and by the end of this calendar year 75 per cent of the housing stock will have been repaired and rebuilt.

A total of 70 per cent of the commercial building repairs and rebuilds will also have been completed, he says.

The cost of the structural side of the rebuild so far is $33 billion, but there is still a massive amount to do.

The total cost of the whole rebuild is still estimated at somewhere between $40 and $50 billion.

“There is nowhere in the world where around $30 billion dollars of insurance proceeds have been applied to the rebuild of a city of 400,000 people,” Townsend notes.

“The government have injected around $8.5 billion into land, infrastructure and amenities.”

Townsend makes other factual points about Christchurch and Canterbury as it becomes a “city of choice”:

“Why not, instead of fencing it off and wrapped in white plastic, put glass panelling around the outside,” Townsend asks.

“Why not put a couple of grandstands in the square so people can look into the rebuild?”